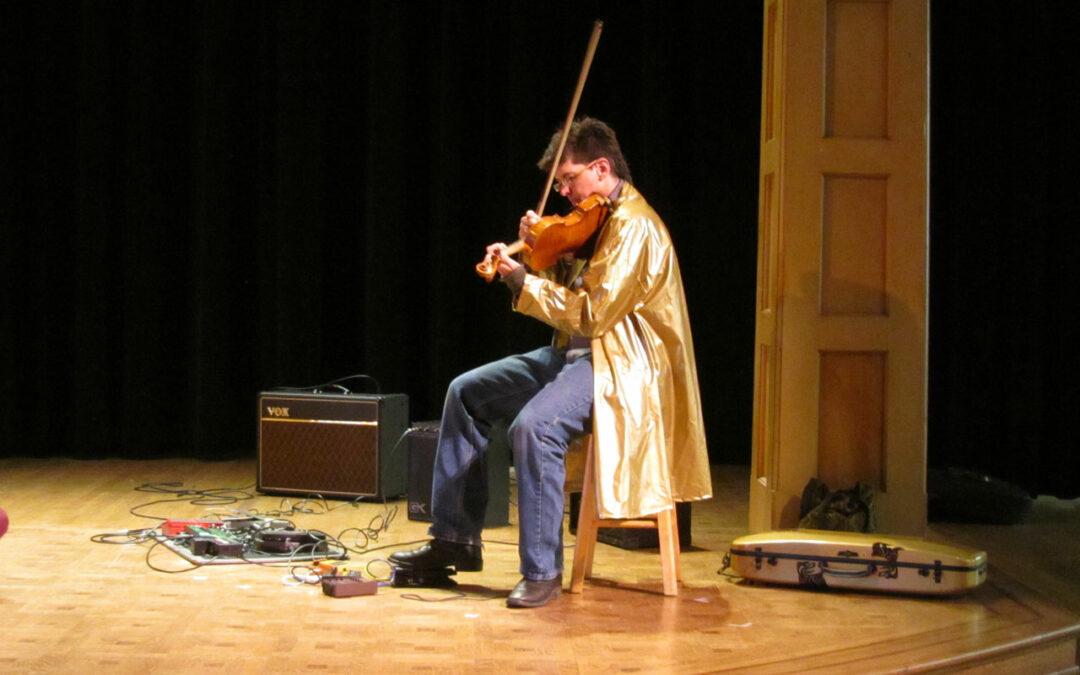 Tari Nelson-Zagar, a highly-valued member of the Seattle improvising and new-music scenes, died in late October from breast cancer.

Nelson-Zagar began to play a violin she inherited from her grandmother while growing up in Helena, Montana, in a musical family. Her father was an accomplished jazz guitarist, her mother was highly knowledgeable about music, and her three brothers were musicians, too. Her family’s house was a frequent site for jam sessions for musicians coming through town.

Nelson-Zagar started teaching violin at age 13, played at the Teton Summer Music Festival in her teens, and in her early 20s, spent time in San Francisco performing in symphonic settings. After she attended the University of Montana, she came to Seattle in 1986 and switched to bass. Seattle was becoming particularly fertile for free improvisation, new strains of jazz, and other open-eared music-making, and she quickly found a musical community. “She had a great tone, her playing had a beautiful lyricism, was delightful to be with, flexible, and up for just about anything,” said cellist Lori Goldston. Nelson-Zagar eventually returned to the violin, performing on it in new classical music and improvising.

Her list of collaborators is very, very long. Among them were violinist and violist Eyvind Kang, cellist Brent Arnold, pianist Christian Asplund, and the late Matthew Sperry in the memorable string group Thingsome Q. Another was saxophonist Wally Shoup, as were two musicians who, like Sperry, departed too soon: pianist Tricia Woods and horn player Paul Hoskin. (A 1999 recording of Sperry, Hoskin, and Nelson-Zagar improvising is available on KEXP’s “Sonarchy” podcast page).

During the 1990s, drummer Andrew Drury, now a longtime New York resident, performed with Nelson-Zagar often, including at “improviganzas” he organized: large groups performing improvisation and graphic scores at the OK Hotel and Oddfellows Hall. In a tribute about the projects he and Nelson-Zagar shared, he wrote: “One of the most fun was a band I was tickled and honored to be in, Girl of the Year, with Tari on bass, Jenny Scheinman (violin), Tricia Woods (keyboard/piano; RIP too).” He added: “She was a great, deep musician and all-round creative, engaged human of high intelligence who didn’t suffer bullshit and knew many truths.”

Her approach is suggested by her description of what her Chimp project with Steve Moore (trombone), Aimee Sullivan (alto sax), and Jay Weaver (drums) might sound like at the 1999 Tonehole Music Festival: “It’s not clear what will happen” but “not too arranged. Loud and vigorous.”

Countless musicians and music followers in and beyond Seattle will long remember Nelson-Zagar the way Goldston does: “Tari was smart and funny. She was a lovely player and thinker and had a sly wit. We’ve lost a bright, sweet light and we will all miss her terribly.”

Nelson-Zagar’s partner, Cat Jobes, said: “She lived for music and performing; she was energized by playing,” and driven by curiosity: “If she liked something, anything, she always wanted to know more, in as all areas in her life. She was smart and silly, loved puns (as did her dad), encouraged the best in people.”