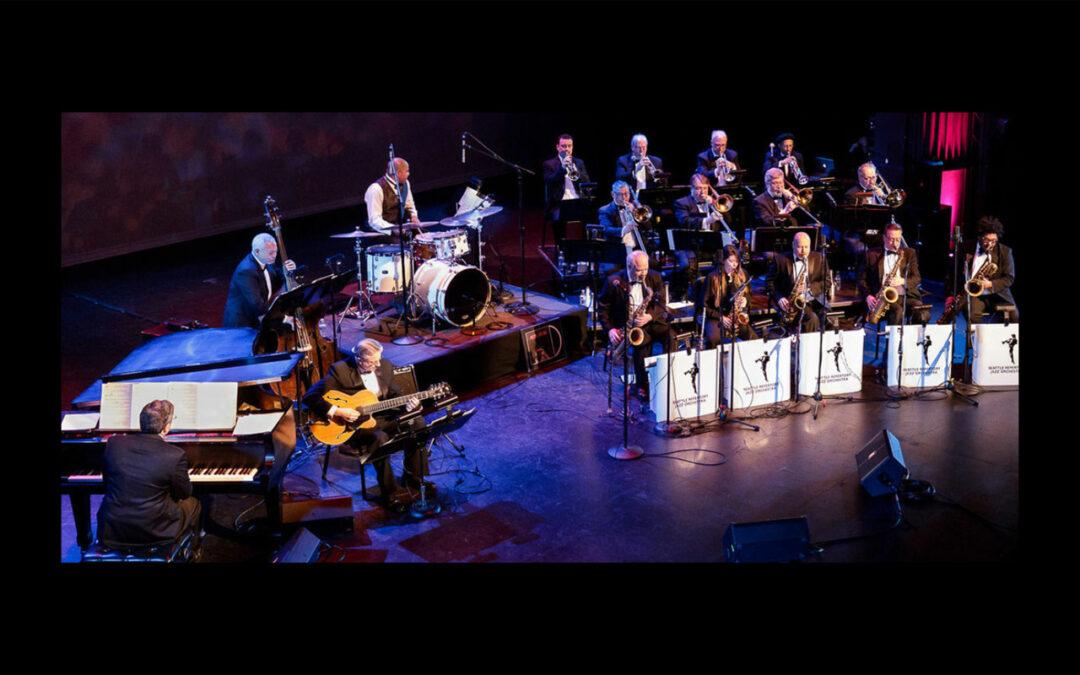 “In the beginning, God!” This declaration repeats through various instruments and voices in Duke Ellington’s liturgical Concert of Sacred Music. Duke Ellington was 66 years old, directing his jazz orchestra, sweating and smiling throughout that very first performance of his Sacred Music as part of a festival celebration: the brand-new Grace Cathedral in San Francisco, 1965! It was a first: jazz in a cathedral. The music’s reverence and humility reminded everyone of their shared humanity, universal struggles, and joys.

“We all look forward to this each year. It’s only one performance, and oh wow! It’s always uplifting!” exclaimed Brockman. The compositions are Ellington’s liturgical expression, music that pierces the soul with joy, praise, and pleas to God and humanity. It’s blues, gospel, and jazz, that together elevate the spirits.

Brockman said, “It’s the music Ellington hadn’t been able to express earlier in his career.” The pieces feature two signature elements of African American communal song ritual, including pure joy that emboldens us to let our deep connections energize us.

Town Hall holds great sound and is accessible for folks to come from all over the city. Ellington’s Sacred Concerts, regarded as his most important work, expressed a lifetime of Ellington’s prayer and contemplation on themes holy and mundane. SRJO is especially excited to be bringing the live chorus component back for the first time since the pandemic. The vocal ensemble parts will be performed by the traditional Northwest Chamber Chorus, and in a new twist, SRJO adds to the bill a gospel choir, The Sound of the Northwest, directed by Vanessa Bruce. SRJO, the guest soloists, and the two vocal groups will join forces to honor vocal artistry and the universality of Ellington’s message. Tickets at earshot.org.