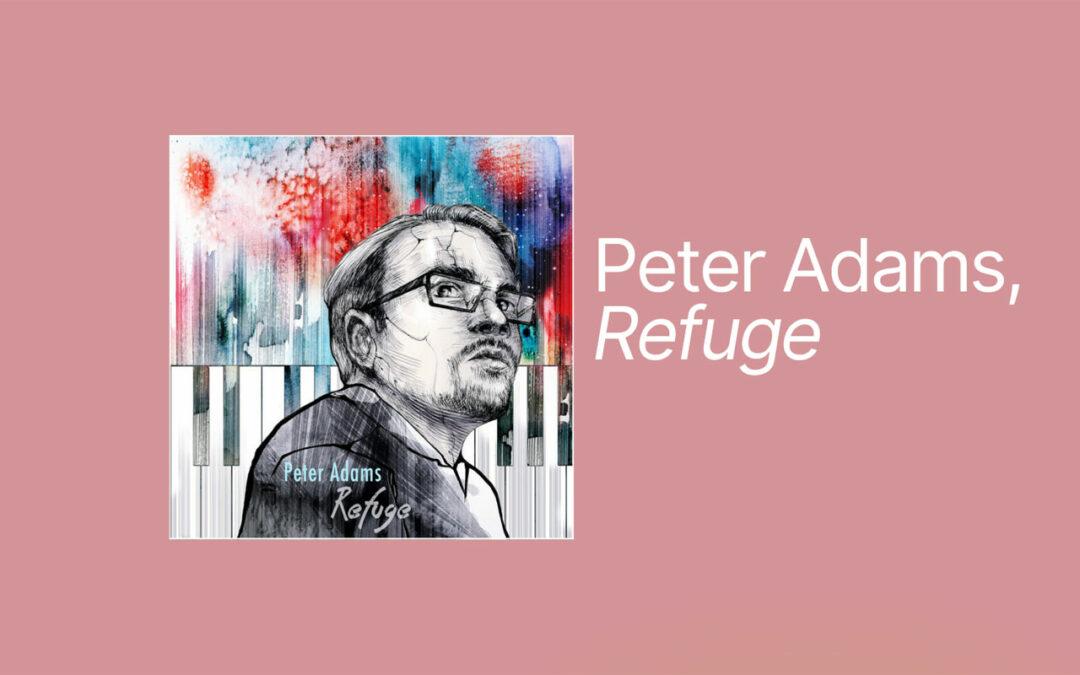 The pandemic brought struggles of all kinds to people across the globe. Musicians were hard hit not only by lost revenue but by missed opportunities to engage in the face-to-face communication and ensemble camaraderie that drives much of the emotional connection of music. Tacoma-based keyboardist and composer Peter Adams faced additional adversity by having to contend with a serious health scare at the same time. Adams chose to power through the dark days by composing a potent set of songs, gathering treasured collaborators, and shining a light with music. The result is Refuge, a powerful new album brimming with life, energy, and creative swagger.

Adams is a prolific, Tacoma-based keyboardist and composer, well known to many for his long-running instrumental fusion band Velocity (whose members saxophonist Cliff Colón, bassist Rob Hutchinson, and drummer Brian Smith all make appearances on the album). The music on Refuge (all composed by Adams) is less funky stylistically than Velocity but shares a nuanced groove awareness and authoritative attention to feel. Refuge leans on piano-driven progressive rock, powered by crisp classical articulations, powerfully hypnotic ostinatos, and accessibly anthemic chord progressions, reinforced by Adams’ keen ear for melody. The album evokes a kinship with contemporary post-jazz innovators like The Bad Plus and E.S.T., as well as reaching back to echo keyboard icons from the ‘70s classic fusion era such as Chick Corea and David Sancious.

Adams’ music on Refuge sports jazz roots but isn’t primarily focused on swing and blues as a first order of business, as much as on gathering great musicians and giving them an eclectic framework in which to shine. The album contains superb contributions from Adams’ Velocity bandmates, as well as drummer Jason Edwards, guitarist Mason Hargrove, and saxophonists BrandonLee Cierley and Kareem Kandi. And fans of electric bass will feast on Refuge—credit Adams with opting to feature superb, up-front solos from Farko Dosumov, Osama Afifi, and Hutchinson.

A standout is “Squall,” featuring stellar solos from Adams on synth followed by Dosumov on bass, with Smith and Adams executing a dizzying set of shape-shifting polyrhythmic interpolations underneath. The tune embodies a strength of Adams’ music: a flair for progressive rock tropes but devoid of the genre’s excesses and pomposity. Adams’ writing effectively deploys drama in the best sense, deftly massaging melody, dynamics, and mood to great emotional effect, nudging the music toward a cinematic, soundtrack vibe.

The album closer is “Echoes,” featuring Adams pulling out some soulful organ vibes and a superb synth solo. As with much of Refuge, there’s a minor key melancholy hovering over the music overlaid with a driving element of hope. On the closing fade of “Echoes,” you can feel the uplift and the healing, transformational power of music.