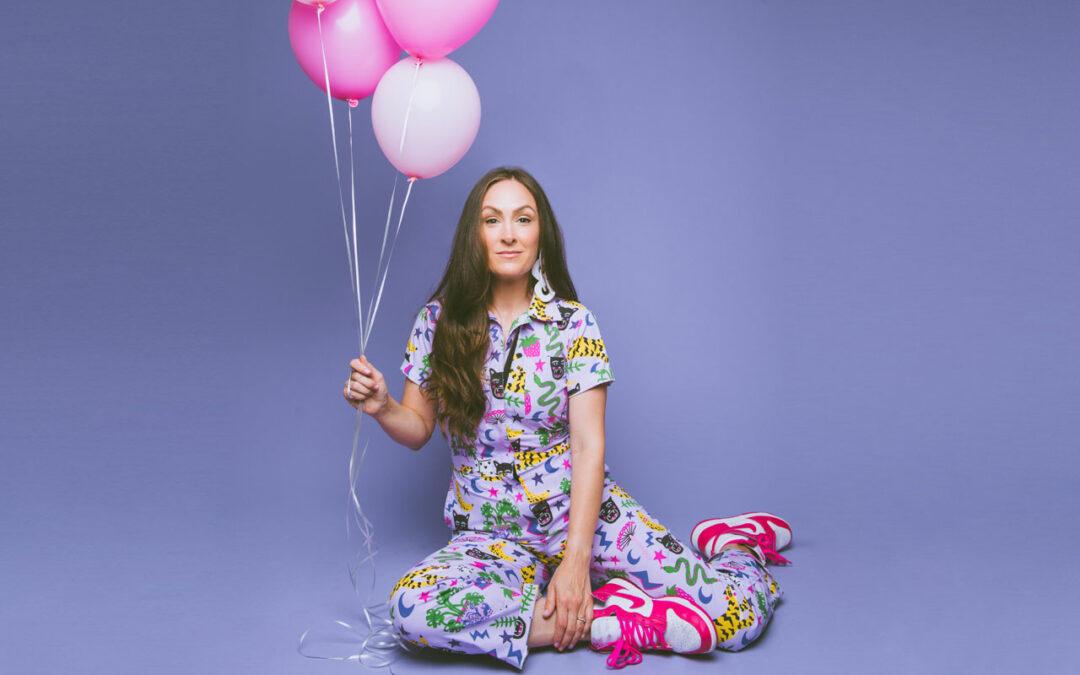 Sara Gazarek has entered a new “space.” At the end of the month, one of Seattle’s finest jazz exports will show what she means by that.

The graduate of Roosevelt High’s jazz vocal ensemble (who never misses an opportunity to sing the praises of now-retired director Scott Brown and declares “Seattle definitely has my heart”) is coming home to launch Vanity, an EP of four songs. The latest of her now-several releases steps even further out than her 2019 disc Thirsty Ghost, where she ventured new stylistic elements on standards, originals, and covers of the likes of Stevie Wonder, Dolly Parton, and Sam Smith with guest spots from vocalist Kurt Elling and pianist Larry Goldings.

Now Vanity has “Something Good” from The Sound of Music, a Fiona Apple song, and Gazarek’s setting of a Tennessee Williams poem, “We Have Not Long to Love.” The closest Vanity comes to a standard is the title track, rarely recorded apart from Sarah Vaughan’s memorable version on her 1963 LP, After Hours.

Gazarek, now 40, says Thirsty Ghost and Vanity mark a shift she’s experienced, and made, over several years. Twenty years ago, she began touring extensively with a major recording contract right out of the University of Southern California (USC) jazz program (which she returned to as a faculty member in 2012). In performance, she appeared remarkably self-possessed.

And yet, she says, until even five or six years ago, “I felt a duty to be composed and present as flawless. Now I’m less about flawless and more about open.”

At home in Los Angeles, preparing for another of her performance trips to Japan, she says she is continuing to take stock even though she has checked many career boxes. Several albums. Extensive travel. Grammy nominations. Rising Star in DownBeat’s 2022 Critics Poll. Accolades. The Los Angeles Times’s Don Heckman exclaimed that “she may well turn out to be the next important jazz singer.” In The Seattle Times, Paul de Barros described Thirsty Ghost as “a wondrous, questioning, atmospheric and rhythmically diverse brew.”

Even starting out in her career, as she graduated from USC, she told Earshot Jazz “I’d hate to get stuck in a box of one specific type of music.” Certainly now, she says, her target audience is less of fans who expect a “polished, happy, sunny” and “tame, predictable, nostalgic approach,” than followers who “want to see something and experience something that feels real.”

After troubles of the kind just about everyone has a turn at, she seeks to strike a balance between singing with “intention and forethought”—as in straight-ahead jazz standards singing—and something “that leaves room for listening and pushing and exploration and finding new and different spaces.”

In addition to leading her own band, she is now one of four members of the vocal quartet, säje, with Johnaye Kendrick, Amanda Taylor, and Erin Bentlage (their debut album is due soon). She says that while säje calls for a locked-in ensemble approach, leading her own band blossomed after she worked on her self-conception with idiosyncratic vocalist Theo Bleckmann and long-time supporter Kurt Elling who, she says, pushed her to realize she’s more than “just a bubbly ingénue.” She increasingly thinks about “the stories I want to tell,” and with that, her improvisation is increasingly free. Her projection of emotion is deeper— at times arresting, thrilling to witness.