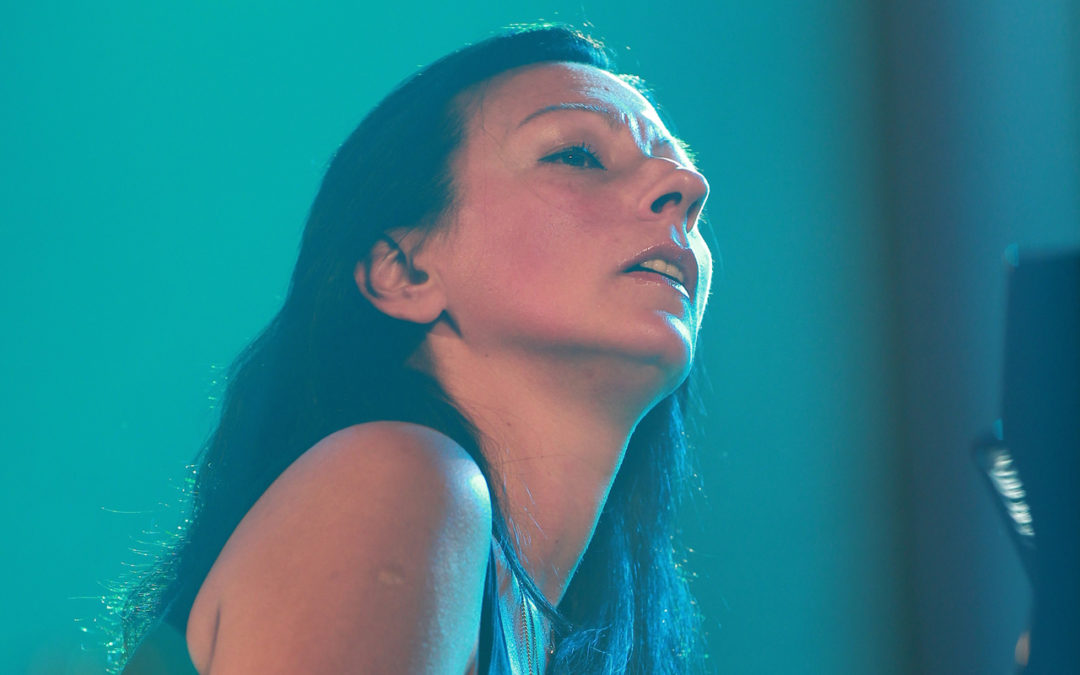 Born in Baku, the capital of the former soviet state Azerbaijan, now hailing from Manhattan, Figarova began her education early, studying classical piano in Baku before taking up jazz studies at Rotterdam Conservatory in the Netherlands in the late 1980s. She relocated to the United States in 1989 to complete her formal education at Berklee College of Music. There she met flutist Bart Platteau, her partner of 25 years and regular member of her sextet.

The initial inspiration for her sextet took seed back in 1998 when Figarova was invited to attend the Thelonious Monk Institute’s summer jazz colony in Aspen, Colorado. After performing with the big band, Figarova sought to create a smaller band that possessed the same power and sound, but with ample space for each musician to stretch and shine. Initially a septet, the group found its most realized self as a sextet in 2005.

In her two-decade sprint as a band leader, Figarova has released an impressive 13 albums with a rotating cast of some of today’s finest musicians, many hailing from the Netherlands and other international locales. Her compositions are evocative and eclectic, harkening to the post-bebop of the 1960s, yet always staying true to her classical training through their sophisticated refinery.

With the release of Road to the Sun (2019, Bartamina Music), Figarova celebrates the 20th anniversary of her band. Her vision of harnessing a robust sound with a nimble band has fully flourished. Chris Spector for Midwest Record writes, “Celebrating 20 years in and showing no lack to her sense of wonder, this sprightly [album] mixes new age and jazz sensibilities without making a jazz/new age hyphenated release. The band is cooking, her leadership guides the way and her next decade is off to a smoking start. High octane, creative instrumental music runs the table here and runs it in fine form. A winner throughout.”

Road to the Sun competes with arguably her finest recording, September Suite, which was recorded in 2005 as a response to the 9/11 terrorist attacks. Dan McClenaghan advances that September Suite is “perhaps the most poignant and heartfelt artistic representation of the event” (All About Jazz).

Between September Suite and Road to the Sun, Figarova and her sextet have maintained a high level of activity, releasing Above the Clouds (2008, Munich Music), Twelve (2012, In + Out Records), and Blue Whisper (2016, In + Out Records), “recordings on which she shows a consistent genius for composing and arranging for her ensemble. Additionally, she and her band have toured, constantly” (All About Jazz).

For her Seattle appearance, Figarova is joined by Platteau (flutes), Wayne Escoffery (tenor and soprano saxophone), Alex Pope Norris (trumpet), Alex Claffy (bass), and Brian Richburg Jr. (drums). “Figarova is always the one in the driver’s seat. She shines not only as a pianist…but also, as a composer and a producer—and the result is a consistently satisfying listen” (Jazz Inside).