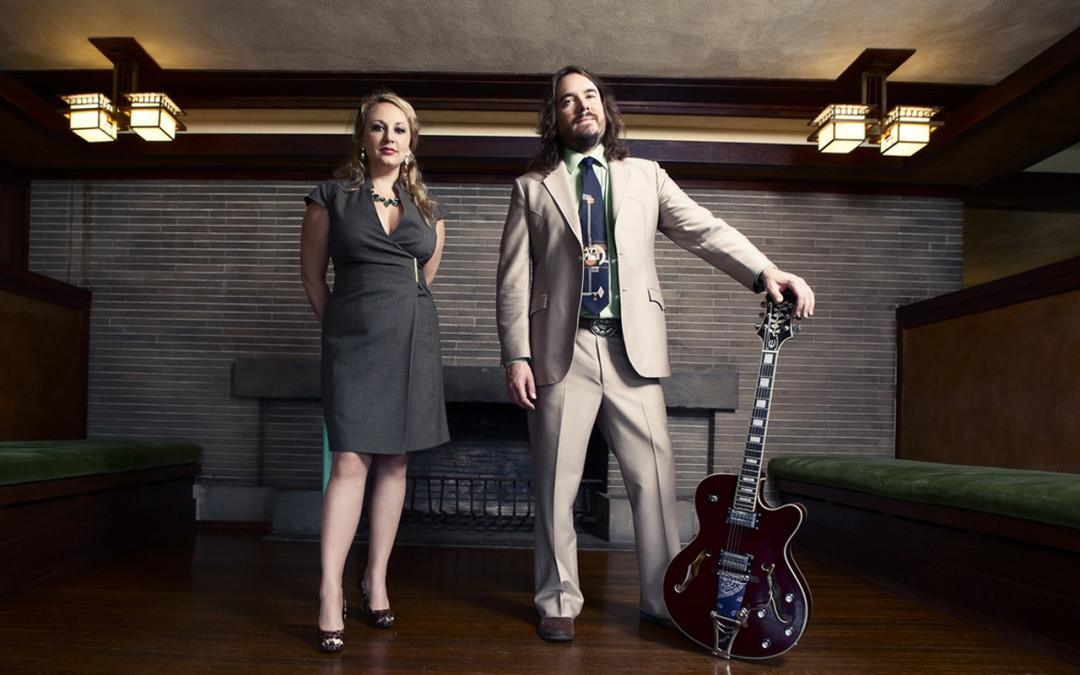 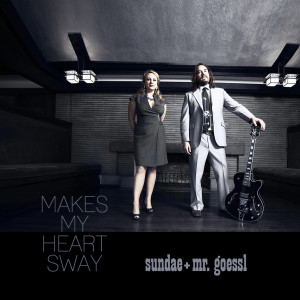 The guitar and vocals duo of Jason Goessl and Kate Voss projects an easy camaraderie and connection that comes from many gigs played, a shared aesthetic, and a palpable sense of enjoyment in the music. Of course, being married might help a little bit too.

Goessl is known in the area as a widely versatile guitarist, augmenting deep jazz roots with forays into electronics and experimental rock. On the duo’s new Makes My Heart Sway, he is a one-man band: keeping time, interjecting fleet harmonies, bass lines, and chords, while unspooling supple solo lines.

Vocalist Kate Voss has jazz pedigree (and a touch of Billie Holiday in her approach), but she also works in the seams between jazz and traditional pop, hearkening back to an era when pop singers had serious interpretive skills, rather than just raw lung power.

Indeed, Makes My Heart Sway draws much from traditional pop stylings, but with plenty of substance in the mix. Though they share some repertoire choices with the iconic Joe Pass/Ella Fitzgerald dates, the duo’s vibe also leans towards the memorable Julie London (with Howard Roberts) albums of the ‘50s.

This duo is obviously purpose-built as a live unit and no doubt the upbeat, catchy numbers are always crowd-pleasers, but I’d love to hear them explore more of the darker bluesy menace that seeps through on the album closer “Pretty Little Thing,” driven by Goessl’s tremolo-drenched guitar and a slinky, feline vocal turn from Voss.

Join Sundae + Mr. Goessl at The Royal Room on April 14 for their CD release party. 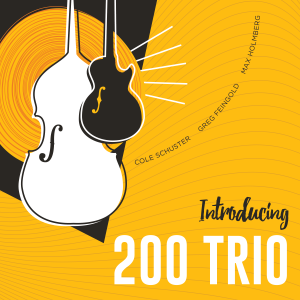 There is a perspective in jazz that dictates that aspiring musicians must learn the music’s history, study the fundamentals and building blocks, and pay tribute to the masters who have come before. This is more than a provisional position: It’s a strategy essential to preventing historical amnesia and maintaining quality and continuity.

But there’s another perspective that is also vital, which can be more elusive in the milieu of today’s jazz education industry: that jazz, as it has throughout most of its history, should reflect and comment on the current trends in culture and even politics, in a continuous process of innovation and renewal.

Which brings me to the new debut album from 200 Trio, aptly titled Introducing.

This young trio is clearly talented, committed, and have done their homework. 200 Trio (Max Holmberg, drums, Cole Schuster, guitar, and Greg Feingold, upright bass) plays with a grounded presence beyond their years, and the deep rapport of a unit that has logged a lot of time together – their strength is a cohesive group sound as much as overt virtuosity. They pay tribute to the material (the album features no tunes newer than the ‘60s, with some dating back to the ‘30s) by taking care and love with the songs, evoking the singers and artists who made these melodies famous, rather than casually blowing through them to get to the solos.

200 Trio has more than capably taken care of the first part of the jazz musician’s journey: It can be a wise protocol to establish your credibility and jazz bona fides right out of the gate. But the album also leaves me wanting to know more about who these musicians are, and how they propose to move the music forward. Perhaps from here they will push forward into originals, maybe more radical reworking and arrangements of older material, perhaps covers of more recent jazz and non-jazz material. The future of jazz is in the hands of young bands like 200 Trio. Where will they take us? 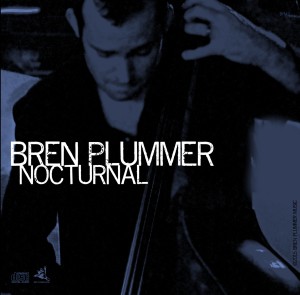 Nocturnal may be bassist Bren Plummer’s debut album, but he is a veteran player with a long résumé of varied experience. Plummer keeps a busy schedule of appearances with local symphonies, plus a plethora of jazz gigs, and sports a fat, woody tone, with a deep sound and calm authority to his playing, as well as considerable bowing skills. He is well-deserving of wider recognition.

Nocturnal may not be bleeding-edge innovation and features no originals, but is nevertheless a deeply satisfying classic piano trio operating at an extremely high level. The trio of Plummer alongside drummer Reade Whitwell and pianist John Hansen displays a commanding blend of nuanced flexibility and control, evoking the telepathic group interplay and melodic freedom of the great Bill Evans groups.

Credit Plummer for an interesting mix of somewhat under-played standards, bundled into a thematically cohesive and complete program, in which the highlights are many. Of note is the title tune, driven by a probing arco melody on the bass, moody piano arpeggios, and textural interjections from Whitwell. The track is a standout as well as an outlier on the album, as it gives a glimpse into the possibilities of combining Plummer’s classical background with his obvious feeling for jazz.

The album closes with a finely-wrought take on “The Night We Called it a Day,” featuring a superb solo turn from Hansen (again evoking the presence of Evans), stunningly light and sensitive ballad work (on sticks rather than the usual brushes) from Whitwell, and a beautifully melodic solo from Plummer. It’s the perfect closer to a late night of moody jazz.

Join Bren Plummer at Tula’s on May 26 for his CD release party.

← In One Ear Shuga Jazz Bistro: A Spread of Music Dished Out With A Southern Welcome →