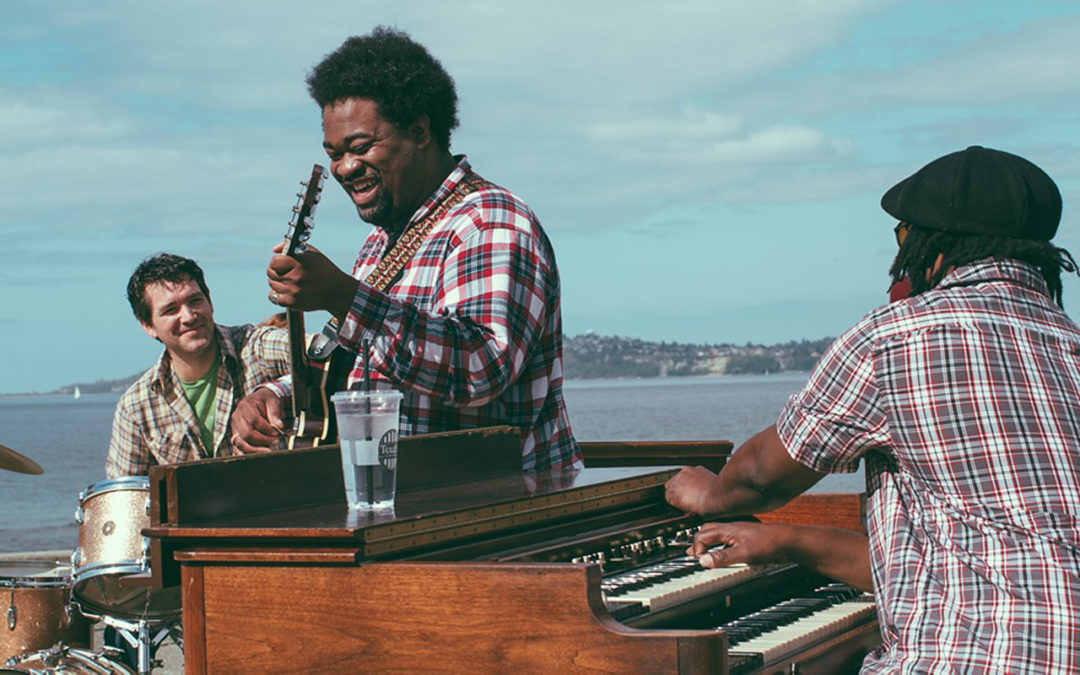 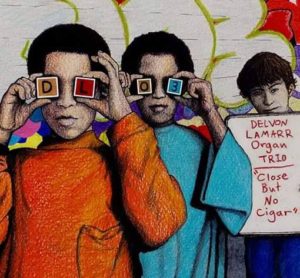 DLO3
Close But No Cigar

What Delvon Lamarr’s organ trio (DLO3) has on their hands is a new anthology of instrumental soul anthems. Close But No Cigar is the package of 70s-inspired, blues and funk infused originals by Seattle’s favorite self-taught Hammond B3 organ master Delvon Lamarr, Jimmy James and his wailing rock and roll guitar, and the precise pocket drumming of David McGraw.

The trio’s record cycles through a soulful narrative and sophisticated breaks. Opening with the funkiest of numbers “Concussion,” the album moves to the grooving title track, which resonates like a tribute to disco with innovative rock deviations. Other highlights include the seductive blues-rock “Little Booker T,” the spot-on refrain of “Memphis” featuring a fiery solo by Lamarr, and the album’s final resolve of downtempo blues hymn “Walk On By.”

The atmosphere of Close But No Cigar is as unpretentious as its creators are personable. Lamarr rewards his listeners with melodic consonance and drilling baselines (“Ain’t It Funky Now”), and James recalls recognizable pop culture gems for solo material (Bowie is summoned in the powerful “Raymond Brings The Green”). Lamarr seems to conjure the commanding groove making of jazz organist Reuben Wilson, and the organist’s syncopation met with McGraw’s hard downbeats simply feel good.

Perhaps in spite of the overt virtuosity of Seattle’s eclectic and seasoned organ trio McTuff, DLO3 is surely carving out a name for themselves. Their well-produced album should act as a testament to the trio’s musicianship and capabilities as a live unit.

The danceable music of Close pleads to be consumed with its listeners as participants, no more distanced from each other as they are from the stage of Lamarr, James, and McGraw. 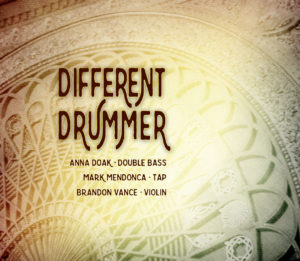 Self-released (with support from the Jack Straw Foundation)

If you’re looking to sample a slightly different aural flavor, look no further. Different Drummer has created an album that showcases sounds from a vast array of cultural backgrounds. Consisting of Anna Doak’s enticing double bass tones, Brandon Vance’s sweet violin cry, Mark Mendonca’s  “beat feet,” and special guests Paul Beck on cimbolom and Gretchen Yanover on cello, Different Drummer proves that minimalism can bite. The styles heard on their eponymous debut range from gypsy jigs to jazzy taps and Irish step. The level of musicianship amongst the three is tonally sculpted, their arrangements complex and disciplined. One example of this can be heard during the track, “Fisher’s Hornpipe.” The track showcases a ferocious synchronization between the double bass and violin, and is followed by an intricate tapping pattern to match. On the other end of the spectrum, check out “Greenland Man’s Tune,” a song that will take you back to the homeland, even if you grew up in the city.

Though the group is small in numbers, their size ends up acting as an advantage. Within each arrangement, listeners can hear the unique styles from individual parts, a rarity in a large percent of the music we hear today. Do yourself a favor, and try a different flavor. 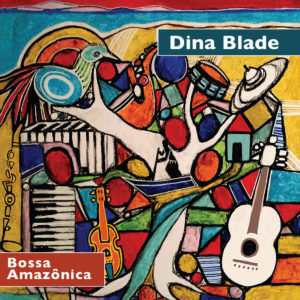 Summer is finally upon us, and Dina Blade has given listeners a soundtrack to which they can enjoy the warmer months. As listeners journey through the collection of ataractic tracks, a few surprises pop up along the way – one of which is a sensational cover of “The Girl From Ipanema.” The album showcases a large group of talented musicians consisting of Dario Quintana on drums, Sandoval França on soprano and tenor sax, Pedro Cruz on violin, André Dantas on a medley of instruments, Alexandre Anselmo on batería, and Jeff Busch on cuica. At the forefront of the listening experience are Blade’s controlled and powerful vocals. Smoother subgenres of jazz can at times be difficult to capture dynamically, yet Blade pulls this off flawlessly.

Blade, who is no stranger to the culture of South America, sports a palpable understanding and a creative approach to bossa nova. The captivating soundscapes created by the ensemble seem to lull listeners into entrancement. But, as soon as you find yourself drifting away, Blade’s voice guides you back in. Grab yourself a smooth cocktail, set up some speakers outside, and dive into the enticing tones of Dina Blade’s Bossa Amazônica.