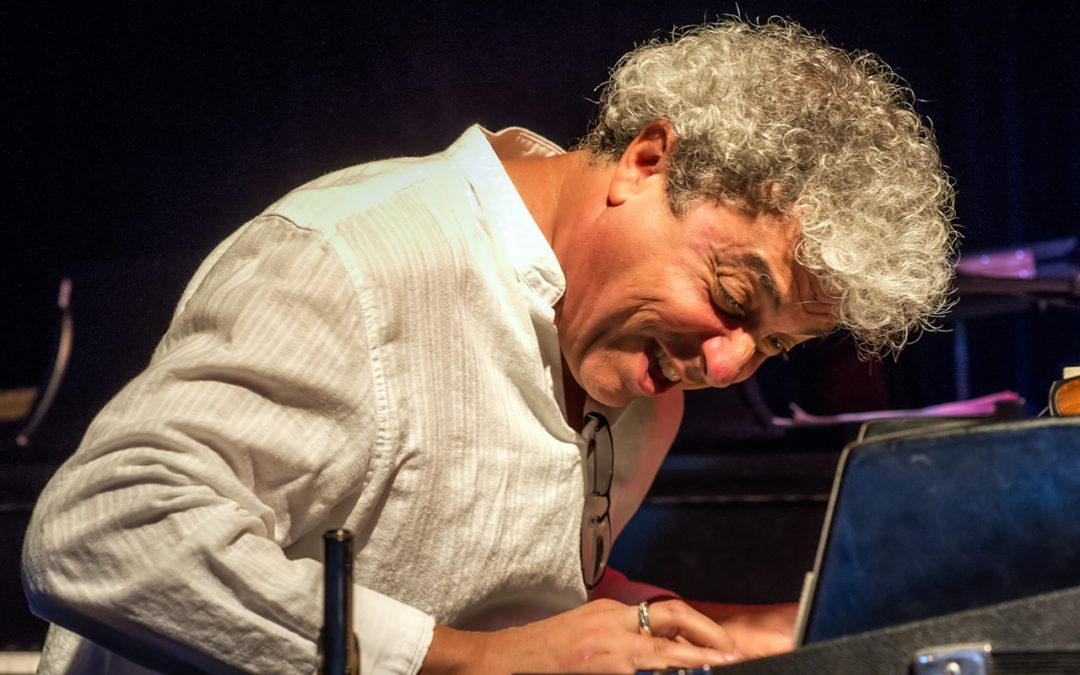 As the hot days of summer give way to cooler Northwest September breezes, The Jazz Project invites music lovers to the sixth annual Bellhaven Jazz Festival. In cooperation with The City of Bellingham and many public, corporate, and private sponsors, The Jazz Project presents jazz artists from Vancouver (BC), Bellingham, Seattle, and Portland, free of charge. Set in the beautiful historic Fairhaven Village Green, featuring one of the prime views in Whatcom County, this festival will be a perfect afternoon to immerse yourself into this unique American art form and experience live music in a family-friendly environment.

The festival launches with the Jennifer Scott Quartet at 1pm. Jennifer Scott is a Vancouver-born vocalist/pianist, having appeared in concerts and festivals across Canada and the U.S. Considered by her peers as equal parts storyteller and improviser, Scott readily crosses genre boundaries and, with the support of her stellar band, will prove how she has “set herself apart from the jazz vocalist pack” (Seattle Times). She will be accompanied by renowned bassist and producer Rene Worst, Bellhaven festival founder and Bellingham drummer Jud Sherwood, and Portland-based composer and guitar master Christopher Woitach.

Woitach will follow Jennifer Scott with his own quartet at 2:30pm. Woitach is a highly respected musician who has played with many nationally and internationally known artists, including Bernadette Peters, Rich Little, Hank Roberts, Bob Mover, Tony Monaco, Mel Brown, and John Stowell. He can be heard regularly at concerts and festivals in the Pacific Northwest region and throughout the U.S. and Canada. Woitach will be accompanied by Jud Sherwood on drums, Brian Kent on tenor saxophone, and Bellhaven Jazz Festival veteran Jeff Johnson on bass, who is a highly accomplished, versatile, and sought-after artist in his own right. Johnson owns an extensive track record of performing and recording with numerous jazz legends and won the Golden Ear Award for Northwest Jazz Instrumentalist of the Year in both 2000 and 2001.

At 4pm, Blues Union will shift moods to a soulful groove, headed by B-3 organist/singer John Carswell and drummer Jud Sherwood. This duo has performed at venues throughout the Pacific Northwest since 1998, and has released a number of joint recording projects since 2001. A 2007 recording titled Blues Union: Goin’ Down Slow features the current quartet, which includes saxophonist Josh Cook and guitarist Brian Cunningham, two Northwest musicians who perform regularly as sidemen and leaders of their own groups.

Do not miss three-time Latin Grammy nominee Jovino Santos Neto, who will grace the stage at 5:30pm along with his quintet. A master pianist, flutist, composer, arranger, and educator, Neto ranks among the top Brazilian musicians working today. Currently living in Seattle, he was an integral part of the famed Hermeto Pascoal group from 1977 to 1992, touring across the world and co-producing several legendary records. His compositions are inspired and informed by the colorful richness of Brazilian music while embracing new and adventurous harmonic languages. A faculty member at Cornish College of the Arts, he currently leads his Seattle-based Quinteto, with Ben Thomas on vibes, Chuck Deardorf on bass, Mark Ivester on drums, and Jeff Busch on percussion. He can also be heard around the world as a piano soloist, working with symphony orchestras, jazz big bands, chamber music groups, and in collaboration with musicians such as Bill Frisell, Paquito D’Rivera, David Sanchez, Joe Locke, Marco Granados, and many more. In 2012 he was inducted into the Seattle Jazz Hall of Fame, and in 2011, 2012, and 2016 the Jovino Santos Neto Quinteto won the Golden Ear Award for Northwest Acoustic Group of the Year.

Visit jazzproject.org for more information about the Bellhaven Jazz Festival.