Beth Fleenor: The Discipline of Being 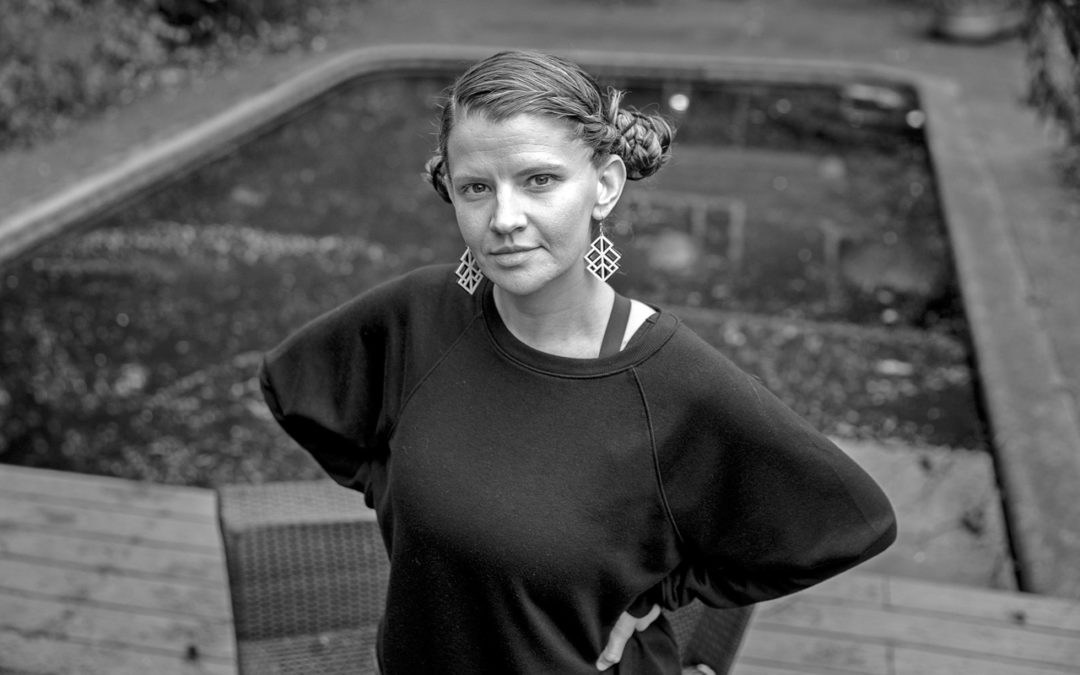 If one defines artistry as a simple expression of ar­tistic ability, the surface is barely scratched in terms of what motivates passion for that expression. If art­istry is defined as a discipline of be­ing—as a way to find one’s pathway to self-realization and come to terms with one’s own humanity—then you’ve defined the day-to-day practice of sonic sensory clarinet­ist and vocalist Beth Fleenor.

Fleenor has a tendency to gather her creative impulses over a period of time, and release them through her two main projects: Crystal Beth and the Boom Boom Band, and her solo persona as simply Crystal Beth.

In both incarnations, Fleenor uses her clarinet and bass clarinet as direct extensions of herself, in ways that of­fer an unexpected divergence from the lineage of jazz or classical clarinetists. Employing electronics to create her own sonic universe, Fleenor has estab­lished an unbeaten trail that fluctuates between electronic modernism and neo-acoustic virtuosity.

“It’s an extension of me as much as any other part of my body,” says Flee­nor referring to her instruments. It’s as if she is routinely setting foot in a tonal universe previously undisturbed.

Though mostly inspired by guitar­ists and drummers, Fleenor’s work on bass clarinet draws on the language of her instrument’s contemporaries, most notably, the late Eric Dolphy, who died tragically at the age of 36. Fleenor dedicates a new composition to him entitled simply “Dolphy,” on her new independent Crystal Beth re­lease, Push Thru

“On my new record, there is a piece ‘Dolphy’, which is completely for him. I wrote it around my 36th birthday, because I was having that realization of where I am in the process. Here’s what I’m doing and here’s what’s going on in my life,” she says.

The music that Fleenor has sensed within her from the beginning is a confluence of many turbulent musical tributar­ies. It is the delta where improvisa­tion and composi­tion flow together into one powerful, energetic flow.

“At my core, I’m an improviser. The best improvi­sations sound like definitive compo­sitions, the best composed works are rendered with the fire of an impro­visation, they’re inex­tricably linked. It’s not like there’s one or the other, in my opinion,” she says.

Fleenor’s vocal style is a soul-deep wail, developed long after her rela­tionship with the clarinet was estab­lished. At a young age, Fleenor heard artists like Frank Zappa who sparked an interest in a new musical direction, igniting what was already dwelling dormant in her creative imagination. “Oh, that’s it, she thought. “That’s the merger of my two heads.” Making her voice come to life however, required some serious soul searching.

“I gave myself permission to sing in public for the first time in 2007. It was bursting to come out. There’s a huge range of emotion that you can get to with the human voice that is different than with the instrument,” she recalls.

Since that first vocal performance, Fleenor has developed her own syl­labic language to perform with, re­moving repetitive lyricism from the musical premise.

“I sing in a syllabic language that’s my own intentionally, because we have all these associations with words and what they mean. I bypass that and go straight to the emotional center,” she explains.

Fleenor’s artistic vision is like a huge universal embrace of what she remem­bers, what she knows is certain, and what she can sense is beyond her un­derstanding. She spent her summers as a child with her father, the curator of a planetarium in South Florida. In many ways, the vastness of the universe and its creative potential was gifted to her within the confines of one small room. That open mindedness accompanied her to Seattle and her studies at Cor­nish College of the Arts, in particular those with Seattle saxophone legend, Denney Goodhew.

Fleenor had left Seattle to recover from a medical condition that affected nerve activity in her jaw, severely im­pacting her ability to play with any semblance of proper embouchure.Goodhew guided her on the path to rediscovering her sound and—in do­ing so—creating something beautiful with it.

“I started studying with Denney, right after my nerve damage when I returned to Seattle after two years of recovery. It was a moment of ‘the stu­dent’s ready, so the master appears.’ His understanding of what I was going through physically, as well as the fire and passion that was there internally unable to make its way out, handed me all the tools to open all the gates and let it come through,” she recalls thoughtfully.

Fleenor received her alternative identity of Crystal Beth from com­ments made by friends referring to her vibrant energy and her relentless drive and discipline as an artist. It’s an identity she can relate to and find solace within.

“I feel like people need a way to deal with themselves so that we can deal with each other. For me, Crystal Beth is how I deal with myself. It’s how I stay healthy. It’s just a way to get right with myself.” she says.

Fleenor’s decision to stay and make Seattle her home came from her feel­ing that the city accepts humanity on its own terms and allows its inhabit­ants to be who they are in an uninhib­ited fashion. For Fleenor, discovering Seattle felt as if it were simply meant to be.

“There’s a revolutionary commu­nity here, of people being themselves and being able to be themselves,” she states emphatically.

The audience for Fleenor’s music spans the fertile rock scene in Se­attle, the engaged experimental and improvised music community, and the vibrant modern jazz scene. She is as much herself as any artist can be. While she is undoubtedly blessed with a wondrous sound, great facility, and uncommon intuition, her projects are truly driven by an impressive fear­lessness. It’s a fearlessness that is torn down to the studs. Artistically, it shifts from space to space, from shape to shape strongly, while revealing a cer­tain vulnerability. It’s the thread that ties, the discipline of being, from emo­tional center to artistic output.

← Cry & Roar: 10 Years of Racer Sessions Letter From The Director →