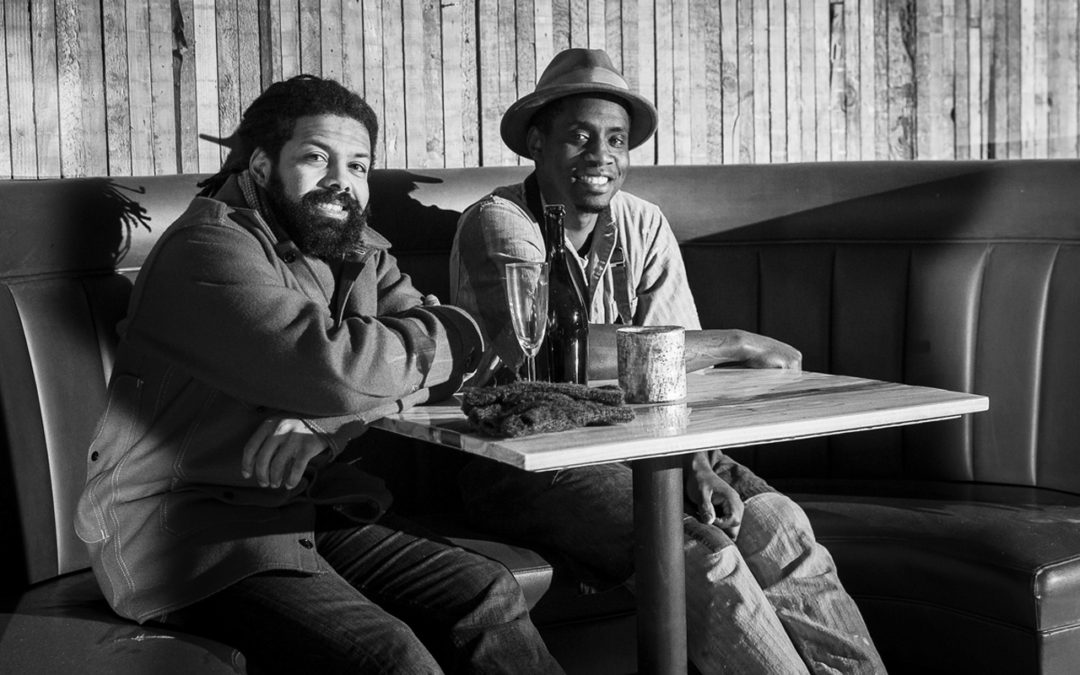 The impending arrival of a swanky new venue for music and food in an up-and-coming neighborhood often conjures among the area’s residents a sense of dread, and the all-too-familiar feeling of disenfranchisement driven by the specter of gentrification. But on a relatively quiet stretch of Rainier Avenue in Hillman City, there’s an entirely different scenario playing out, where a new venture called the Black and Tan Hall has been taking shape.

How will they do this? It’s clearly a set of large challenges, but speaking with Hunter recently, it becomes apparent that the Black and Tan team is up to the task. The first step was creating a structure that was supportive and reflective of the Hillman City neighborhood’s history and residents.

“We wanted to make this a community-owned business,” says Hunter, “so that people who live here are able to buy into something, and have a say, as to who, what, when, and where, and to put the people who have that history in charge of their own destiny, in terms of what happens in this neighborhood.”

Hunter describes it as a “socialist-capitalist” model, run as a for-profit, worker-owned cooperative. The result is a core group of owner/investors (currently about 35 individuals) who offer up not only money, but at least 52 hours a year of unpaid labor, committed in spirit and body as well as with their wallets.

Another key part of what the Black and Tan Hall will represent is an awareness of its place on the continuum of musical and cultural history in Seattle at large. The name Black and Tan itself is steeped in history. As writer Paul de Barros (with whom Hunter consulted in the early stages of the project) notes in his essential history of Seattle jazz Jackson Street After Hours, a “black and tan” was the generic name for an integrated nightclub where blacks and whites could mingle and perform together. It was also a legendary Seattle locale (originally at the intersection of 12th Ave South and Jackson Street), where jazz legends performed beginning in the 1920s. The Black and Tan remained for years a central part of Seattle music history, and not only in the jazz realm.

“Every kid who grew up in Seattle in the fifties and sixties knew the Black and Tan as the hub of Seattle soul music,” writes de Barros.

Hunter is keenly aware of how the new Black and Tan project is informed by the cultural innovators of the past, and he takes this responsibility seriously. It goes beyond the realm of mere entertainment, and becomes a life mission of sorts. “We’re trying to establish [Hillman City] as an arts and culture district for Seattle,” he says.

Hunter’s life as a performing musician is also reflected in his conception of how to book and run a venue. His take is a refreshing alternative to the way most music clubs are run.

Hunter feels that there aren’t enough venues that are destinations in and of themselves. Hearkening back to the Harlem Renaissance, he uses the Cotton Club as an example: “People went there because they knew they were going to have fun. They knew they were going to get good food, good entertainment, it was the place people wanted to be. Nowadays, the venues rely completely on the musicians to do all the work.” The band is expected to draw the crowd, but the venue takes the lion’s share of the money brought in. Hunter dismisses this model completely.

“That’s something we’re trying challenge ourselves to do, to make sure that our programming does, is to create an opportunity and an ambience that doesn’t rely solely on the musicians to do all the work.”

The flipside of this equation is that the expectations for performers will be high: “The venue should be able to stand up on its own two feet. But what we’re trying to do with the music is to expect musicians and performers to be on top of their game,” says Hunter. “The goal is to book music that is not fluff. There’s a lot of fluff, and I have no problem saying that to whoever is reading this article.” [Laughs]. “There’s a lot of stuff that’s put into some sort of algorithm for success.…It’s got to be something that’s a lot more soulful than that, it’s got to be something that reaches a lot deeper than that.”

He has no doubt that Seattle talent can deliver: “There’s a bounty of capable, incredible talent in this city. We need to support that by creating a space that people go to because they know they’re going to get quality music, and not because this one person is a headliner. …Let’s step up the game!”

Local icon Wayne Horvitz, who also wears two hats as both a revered musician and co-owner of The Royal Room in Columbia City, is excited about how the Black and Tan will affect the local ecosystem.

“Ben is someone who’s really important in the community in the South End for all sorts of things he’s done,” says Horvitz. “I think they bring something to the neighborhood that isn’t just about upscaling, but is really involved with keeping the community intact, and contributing to it in a really positive way.”

The Black and Tan Hall may well represent a new paradigm for cultural and urban development, but it also means great food and a good time. They hope to be open by mid-January for breakfast and brunch, and by March with music seven nights a week.

“We built this out to be a classy joint,” says Hunter. “It’s elegant. It looks like it could be a place for the economic elite, but it’s not about that. It’s about raising everybody up, and encouraging everybody to step up their game, and be proud of who they are.”

Visit blackandtanhall.com or their Facebook page “Black & Tan Hall” for more information and to stay up-to-date.

← Wayne Horvitz, In Three Parts Letter from the Director →