Brian Kirk: In the Footsteps of His Father 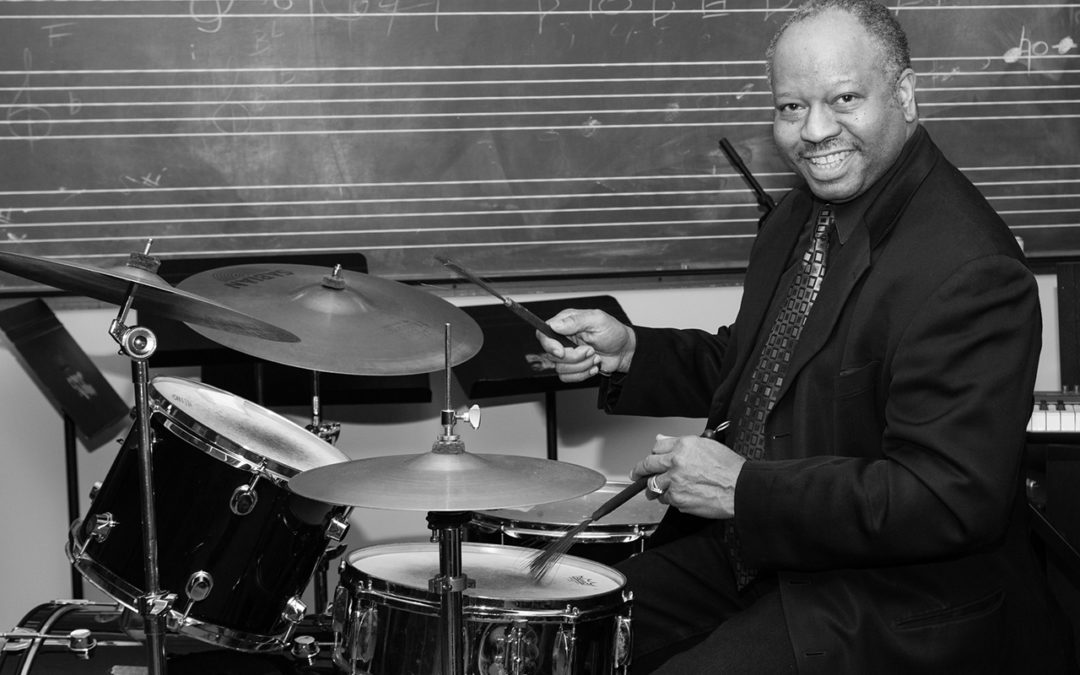 Jazz music has escaped the tether of popular culture over the past century, truly identifying itself as the quintessential American art form. It has, in a large sense, been passed down from generation to generation as an oral tradition, by mentoring musicians on bandstands all across the land. But as our culture has evolved into a more insular society, that mentorship has been more institutionalized within the walls of academia by dedicated educators who, in many cases, have sacrificed their own careers as performers in order to facilitate and inspire the growth of this wonderment of American culture we identify as jazz.

This is certainly the case with drummer Brian Kirk, a talented musician and dedicated educator at Seattle Central College for the past 22 years. Kirk arrived here in Seattle to accept a position at Central, settling his young family down after years on the road, chasing a jazz legacy that began in his family with his late father, Willis Kirk.

The senior Kirk devoted his career to providing educational opportunities that eluded him growing up in Indianapolis, Indiana, a city with a tremendous jazz tradition in the African-American community, accompanied by a state legislature literally controlled for decades by the KKK. Time after time, he was denied the basic opportunities the white populace took for granted, such as lessons and music education in school, due to the racial segregation hatefully applied in that era. He learned jazz by way of the oral tradition, toured with Wes Montgomery, and had the opportunity to sit in with Charlie Parker and Duke Ellington.

Young Brian spent his first nine years in a household in Indianapolis, surrounded by some of the great names in jazz history with whom his father either performed with or taught.

“All the musicians would come over, Wes, Buddy and Monk (Montgomery), Freddie Hubbard, who was a kid,” recalls Kirk. “They had a lot of respect for Dad. Wes, Buddy, Monk, Slide Hampton, JJ Johnson, these were all neighborhood people that I grew up with.”

Willis Kirk moved his family to a more liberal social environment in San Francisco, teaching junior high music in Oakland and playing six nights a week at the Playboy Club. He would eventually accept a position at City College of San Francisco, where he would, in time, ascend to the presidency of the institution. The family took residence in the Mt. Davidson neighborhood, with the great saxophonist Joe Henderson as their next-door neighbor.

“I used to listen to him practice out of the window every night,” Kirk remembers fondly. “He had a window in the front room, and he would play long tones for like an hour. My Dad rented a garage from him to put a fancy car in. Joe said he would charge him but never did.”

“Joe would walk his two Afghan hounds,” continues Kirk, “and one day he was walking down the street and I said, ‘Joe, I’m graduating from high school, I want you to sign my autograph book.’ He said, ‘That’s a sad day,’ and started to sign my book. I asked him what he meant and he said, ‘Now you are out here with us.’”

Indeed he was, as the younger Kirk began to play gigs at the tender age of 16 around the Bay Area, often arriving home late and sharing stories with his father about their respective gigs.

“My dad and I spent a lot of time together when I was gigging and he was gigging. We would have peanut butter and jelly sandwiches together at 2am, talking about each other’s gigs,” he recalls in a wistful tone.

Kirk even played some dates with Henderson, with the titan of tenor saxophone accompanying on piano.

“He played piano, I played with him in North Beach at a place called Ray’s,” he says. “He went in with a New York baseball cap, glasses, under the name of Buckshot LeFonque which is the actual name Cannonball used to get out of a copyright issue on a record. Joe said to not tell anyone he was on the gig. He played piano well. I was 21 or 22 at the time.”

Kirk then began to play some prominent Bay Area gigs. Fred Berry hooked him up with some Paramount shows in Oakland, while he worked for and obtained his B.A. from California State University, Hayward (now East Bay). But it was a stretch at the Milestones club in San Francisco, with the Quintessence Sextet that convinced him that it was time to go to New York. The band included transcendent bassist Peter Washington, and provided young Kirk with the desire to get that little something extra that the New York experience provides. He enrolled in the storied music program at NYU, and earned his Master’s in Jazz and Contemporary Music Studies, under the tutelage of drummer extraordinaire, Adam Nussbaum.
Kirk’s experience and reputation as a solid performer led him to numerous opportunities in Gotham on Broadway, including stints with Five Guys Named Moe and Les Misérables, and in television and film, including in David Lynch’s “Twin Peaks” and the Academy Award-winning Philadelphia. He performed extensively with the Count Basie Orchestra under the direction of Grover Mitchell and Frank Wess. But it was a year on the road with the Pointer Sisters in Ain’t Misbehavin’, and the subsequent recording that would not only provide great professional experience, but also assist in Kirk deciding to settle down and move his family 3,000 miles across the country from Nyack, New York, to Seattle. Here, he began a career in music education at Seattle Central, that same understanding of the need to enlighten young musicians to the jazz tradition that had inspired his father speaking to him as well.

“Being a professional musician/teacher, I have viewed teaching as a natural extension of American jazz and classical music, wherein master musicians mentor young apprentices. The most rewarding experience of my career has been the opportunity to share my knowledge and passion for music with students, and to experience the magic that occurs as students begin to realize their academic and performing potential,” states Kirk proudly.

Kirk is currently performing in The nu Trio, featuring two iconic figures in Seattle jazz history, trumpeter Nathan Breedlove and bassist Phil Sparks. He also continues a long-term association with the trio of guitarist Brian Nova, both here in Seattle and on the road. He performs each Sunday evening with Nova at the Triple Door Musicquarium. As of late, he has been performing with the Seattle Repertory Jazz Orchestra under the direction of Clarence Acox and Michael Brockman.