Catching Up With, Profile, September 2016 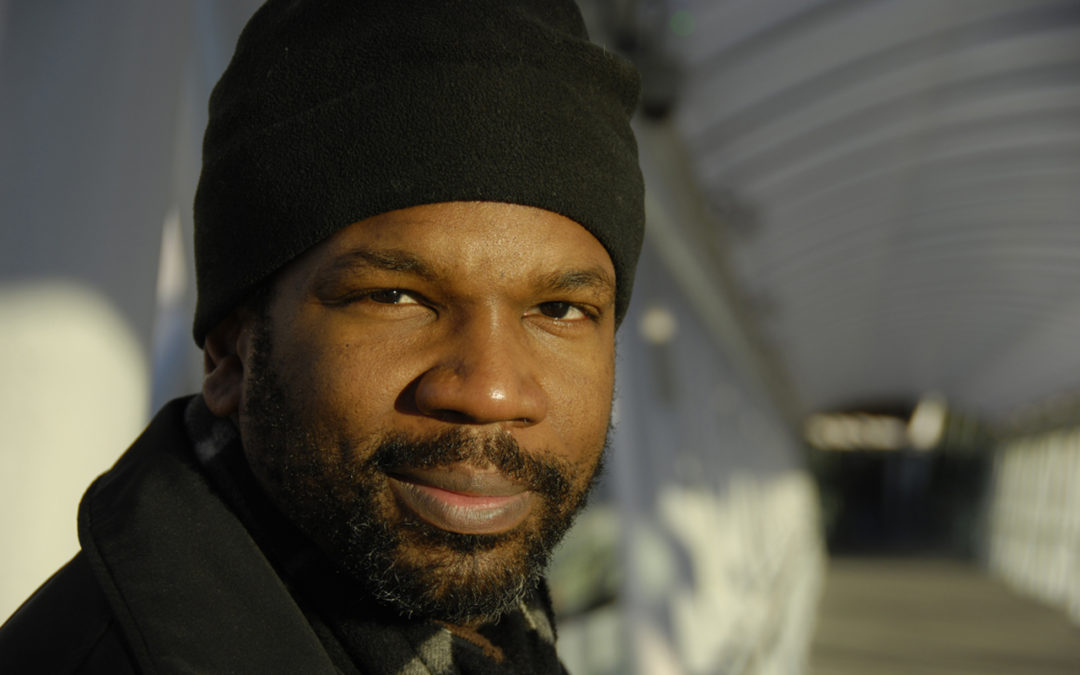 The act of creating music is often thought of as a social art. For musicians and composers of instrumental music, however, the process can be an oddly insular one: music often refers to other music, and time spent considering the abstractions of harmony and rhythm can create a gap for music-makers (unlike writers or filmmakers, for example), where it can be difficult to explore social and political issues.

Paul Rucker is the rare exemplar of an artist who easily connects these disparate realms of expression. As well as being a cellist, composer, and improviser of profound skill and sensitivity, Rucker is well-versed in interactive installation, sound sculpture, video, and many other modalities. In addition to his artistic sensibilities, he has a historian’s sense of perspective, a social scientist’s command of statistics and strategy, and the zeal and empathy of our greatest social activists.

Rucker’s intention is to spark conversation and discussion in the communities that he comes in contact with:
“My goal is to move viewers to reflect on what they know or think they know, to promote a more realistic understanding of history and current events,” he says.

He is intent on addressing both the intellect and the emotions of the audience: a multidisciplinary artist whose yearning for justice is inseparable from the objects and experiences he creates.

Well-known to audiences in the Pacific Northwest, Rucker’s artistic presence now registers on a national level, as evidenced by his Artist as Activist Fellowship award from the Robert Rauschenberg Foundation and the recent triumph of his largest installation to date, REWIND. Addressing with nuance and courage issues of current race relations and mass incarceration, as well as the choking legacies of slavery and white supremacy, REWIND included video, sculptural artifacts, and a stunning set of re-imagined Ku Klux Klan robes, which confront the viewer with a dynamic tension between decorative beauty and the horror of the source material.

Using visuals as a graphic score, Rucker creates a visceral experience that demonstrates how data can be beautiful, inspiring, and terrifying – all at the same time.

Much like a musical ensemble, the realization of Rucker’s art is predicated on collaboration, and having kindred spirits to help convey his ideas.

“For me it’s about concept, the idea, and being able to bring the idea across,” he says. “As a visual artist, I will not let my limitations as a maker stop me from creating something, just like I’m not going to play all the instruments in an ensemble, but I’ll write for the ensemble. So the people I work with are a wonderful, amazing ensemble.”

Rucker had up to 19 people working on the realization of REWIND, including his sister-in-law, a talented seamstress who, along with Rucker, created a new Klan robe every week for a year.

As Rucker’s creative palate has continued to expand, his work has evolved to more directly confront issues of race in America, which is an urgent priority for him:

“My metaphor for how we’ve dealt with race relations is we’ve had this festering sore, this infected sore, and we don’t cut it open and treat it, we put a patch over it. … It’s going to hurt to cut it open, but we have to.”

A key element in Rucker’s efforts revolves around teaching, and he spends considerable time giving lectures in educational environments on seemingly elusive truths.

“We are not teaching our kids to understand how the system has been broken. … Us not really dealing with the manufactured fear, the manufactured anger towards this entity that does not deserve anger, it’s not a new thing. … It’s been a great way to control folks.”

Two upcoming performances at this year’s Earshot Jazz Festival will cover a cross-section of Rucker’s activities, both musical and socio-political. One is an improvised duet concert with alto saxophonist Hans Teuber, hearkening back to Oil, a 2003 album from the duo, which Rucker calls one of his “favorite things I’ve ever done in my life.”

Oil is introspective improvisation, exploring small gestures, quiet timbres and the full range of possibilities in their instruments, yet without the avoidance of form and repetition that defines some improvised music.

“We actually will embrace melody, we’ll embrace the groove. There are a lot of possibilities when you don’t limit yourself to a certain type of ‘free improv’. … There can be a sameness in the avant-garde, or the experimental, to the point where it doesn’t become experimental anymore.”

During the festival, Rucker will also be presenting another element from his REWIND exhibition called Stories From the Trees. Using animation, new compositions, and live performance, the piece will re-imagine horrifying vintage postcards of lynchings, an experience that is likely to be poignant, riveting, and utterly wrenching.