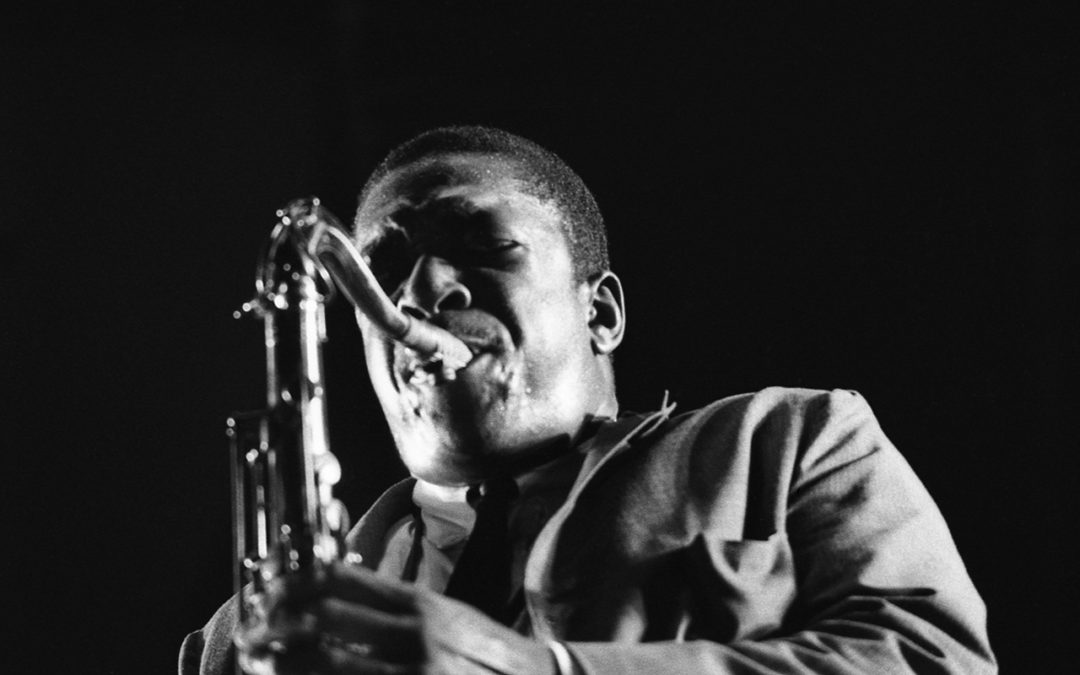 In my twenties, I fell under the spell of the sound of John Coltrane’s saxophone. As a young student of the saxophone myself, I collected his recordings and assembled them into a shrine. It became a ritual – listening to the vinyl albums over and over, looking at the iconic photographs, transcribing his music, studying his technical innovations, reading about his artistic pursuit, absorbing the passion and dedication of this great American artist.

For periods during the next 35 years, I attempted to mimic Coltrane’s unrelenting practice schedule. In my fitful case, it led to facility with my instrument. With Coltrane, it led to a unique spiritual voice that could speak to the heart of civil rights, cry for higher consciousness, and advocate for peace.

In the fall of 2014, I learned that John Scheinfeld was developing a new film about the impact of Coltrane’s music. A production assistant for the movie, Kiku Lani Iwata, solicited stories on the Coltrane listserve. I offered what I knew of Coltrane’s relationship with Seattle saxophonist Joe Brazil in two 1965 recordings. Even though these stories did not make the cut, I heard that Scheinfeld was interested in Christine Termini Passarella, an elementary school teacher and founder of the Kids for Coltrane Project in Education, and Yasuhiro Fujioka (Fuji), a passionate collector and biographer who has been “chasing Trane” for decades. Through Iwata, I met Fuji and interviewed him about his four Coltrane books at The Royal Room. Fuji has created his own shrine, the Coltrane House of Osaka, where he surrounds himself with over 2,000 recordings and memorabilia.

Fuji is featured in the final edit of John Scheinfeld’s new movie Chasing Trane: The John Coltrane Documentary. I enjoyed it three times during a recent screening at Seattle’s SIFF Cinema Egyptian, sitting in the dark with the gorgeous sound of Coltrane’s horn reverberating in the theater, watching live concert footage and iconic photographs for an hour and 39 minutes. I relived the ritual of my own shrine to Coltrane and was delighted to see some new material – recently found photographs of his final tour in Japan, home movies, and intimate remembrances by family and peers.

The story and photographs of Coltrane’s tour to Japan come from Osaharu Fukushima, the tour guide. This material gave me renewed appreciation for Coltrane’s striving to be a “force for good.” His first recording was made while stationed in the Navy at Pearl Harbor and his last tour contained a performance of “Peace on Earth” in Nagasaki. With that frame, Coltrane rose from novice to master, fulfilling his mission to deliver a message of peace and compassion through his music.

One powerful scene in the movie shows Sonny Rollins remembering the last time he spoke to Coltrane on the phone. Rollins says, “His voice sounded like… it sounded like…” and rather than continuing, the comforting sound of Coltrane performing “After the Rain” completes the quote. Coltrane’s soulful voice was the sound of his saxophone.