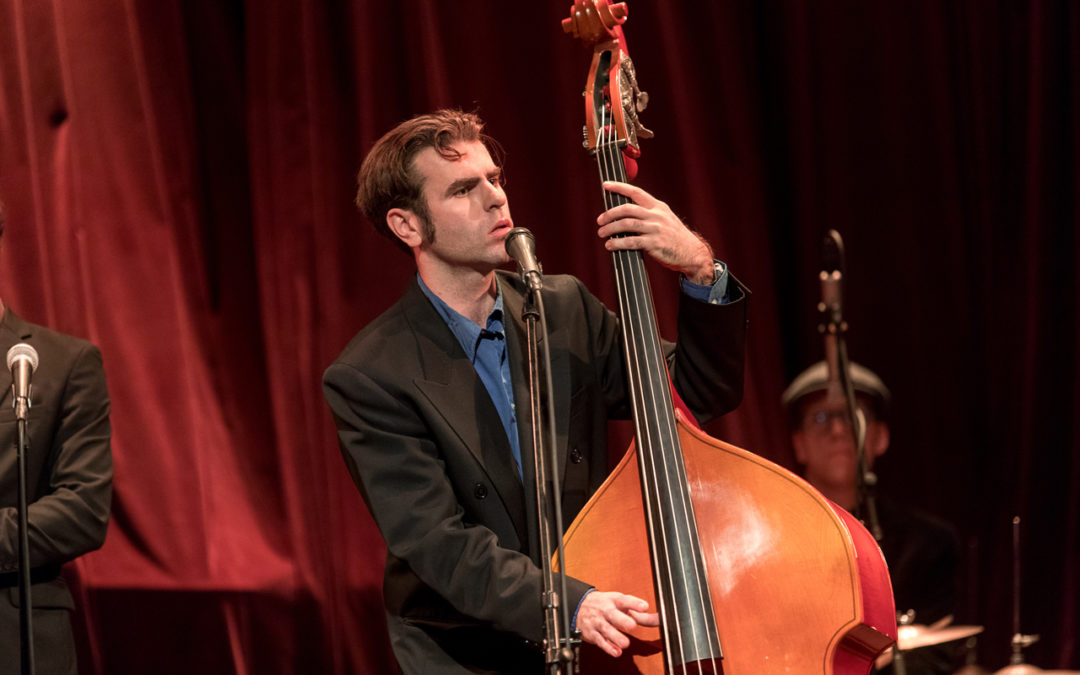 Couth Buzzard Books is gearing up for its fourth annual inclusive community jazz festival, celebrating a wide range of the American art form at their spirited and neighborly Greenwood location. Presenting a loose chronology of jazz and improvised music across the last century as performed by some of the great musical voices in the Seattle scene, the festival offers a unique take on what role the music has in our lives now and where it can take us moving forward.

Walking into Couth Buzzard for the first time, one is immediately struck by the absence of pomp. The array of books filling the shelves—new and used, mainstream to fringe—attract everyone from community elders to middle-schoolers and young professionals. The space is a bookstore, café, and music venue, and fosters a rare sense of intimacy that evokes inclusivity and empathy.

“My thing has always been building bridges, you know, and it’s hard to be included in that,” says saxophonist, bandleader, and festival organizer Kenneth Mandell in between sips of coffee. “If I were to have any kind of constructive criticism [for Seattle], it would be that everyone gets into their camps here, like most places. New York is no different, nor is LA. The camps don’t always interact.”

A Brooklyn native and veteran Seattle musician for over thirty years, Mandell’s comments came amidst describing each act in the festival with genuine excitement and enthusiasm. His infectious imagination and bright disposition shaped by a lifetime of passion for music afford him a unique sensibility and drive to bring together diverse and often disparate sounds.

The festival starts off with early jazz and swing on Friday night, featuring sets by the feel good Jump Monkeys, followed by local “phenom,” bassist and singer Birch Pereira and the Gin Joints.Saturday features an afternoon vocal showcase with a series of local singers, backed by drummer Lance Lu and bassist Sylvia Rollins as the house band. Mandell met many of these singers through the weekly jam sessions that happen at Couth Buzzard, creating an open space for musicians of all ages.

Straight ahead music continues on Sunday with an afternoon jam session, followed by sets from 5–9pm. The Lance Lu Project presents Latin jazz and standards by one of Seattle’s great percussionists. The fusion jazz project Five Stories will keep things moving, followed by the soul jazz organ trio, the Soul Shack ensemble, and ending with the long-time Seattle piano trio Jump Ensemble.

When a space like Couth Buzzard provides an opportunity for people to act or present themselves freely, the true eclecticism and diversity of community emerges, making it the perfect venue to present a local jazz festival. Couth Buzzard Jazz Fest may very well be the best opportunity to hear what Seattle, in all of its diversity, truly sounds like.