December 2015 Magazine, In One Ear 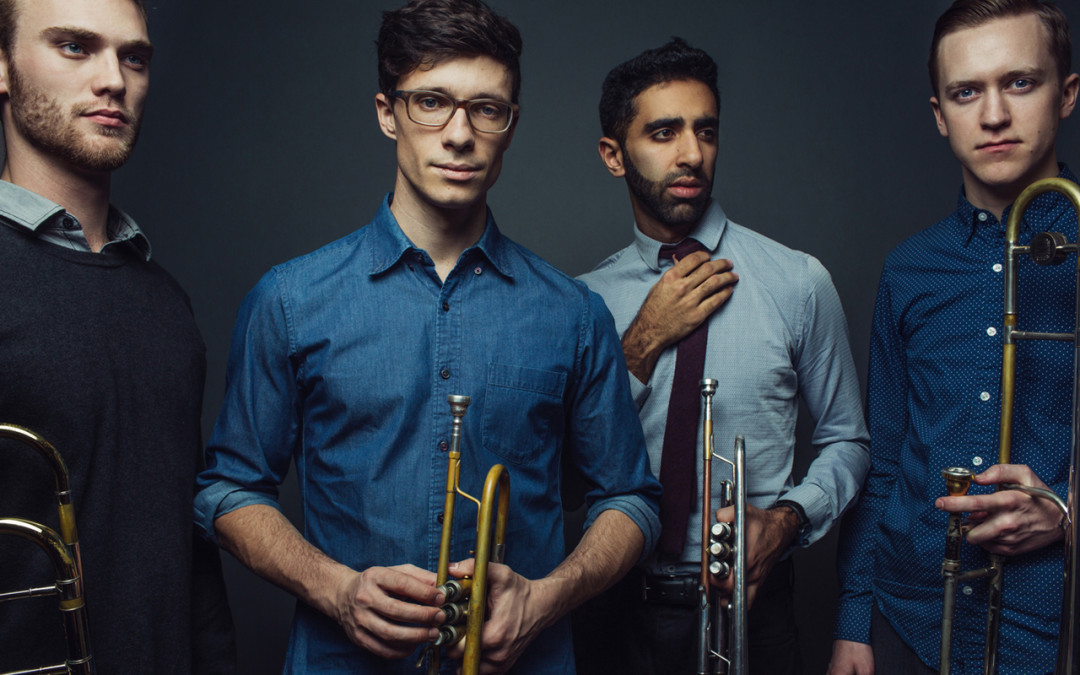 The Westerlies photo by Sasha Arutyunova

The Westerlies to Showcase at the 2016 CMA Conference

Seattle’s chamber-jazz quartet The Westerlies were selected to showcase at Chamber Music America’s 2016 national conference. Along with 17 other ensembles from around the country, The Westerlies (Riley Mulherkar and Zubin Hensler, trumpet, and Andy Clausen and Willem de Koch, trombone) will have the opportunity to showcase their music to many presenters, managers, musicians, and chamber music enthusiasts attending the conference.

In a recent vote by the University of Washington’s Board of Regents, plans were approved for public radio station KUOW to acquire KPLU’s broadcasting license for $8 million. Details are to be finalized by late December, then will be submitted to the Federal Communications Commission, pending approval.

At the meeting, KUOW President Caryn Mathes said there are no short-term plans to change KPLU’s programming, but the station will eventually carry an all-jazz format.

PLU President Thomas Krise also commented on the acquisition after the vote was announced. “We believe it makes sense for these two stations – that have long shared a common mission and a common region – to come together for the good of the community and the listening public,” he wrote in a letter to his university community. “KPLU’s listeners will have a full-time jazz station and its news listeners will still have the NPR programming they love, better signal reach across the greater Puget Sound region on KUOW, and more resources for local news programming.”

More information, and a survey to share your feedback, available at kuow.org.

Jim Wilke’s Jazz Northwest, Sundays, 2pm, features the artists and events of the regional jazz scene. On December 13, Jazz NW airs “Lineup,” with Mark Taylor and Dawn Clement at Tula’s during the Earshot Jazz Festival; December 20, the Marc Seales Trio, as part of the Art of Jazz concert series at the Seattle Art Museum; December 27, a roundup of some of the best CDs by Northwest jazz artists. For JazzNW podcasts of archived programs, see jazznw.org.

90.3 KEXP, kexp.org, late-night Sundays features Jazz Theater with John Gilbreath, 1am, and Sonarchy, midnight, a live-performance broadcast from the Jack Straw Productions studio, produced by Doug Haire, now into its 20th year on air. Full schedule information is available at kexp.org and jackstraw.org.

94.9 KUOW, kuow.org, Saturdays, 7pm, features Amanda Wilde’s the Swing Years and Beyond, popular music from the 1920s to the 1950s. More at kuow.org/swing_years.php.