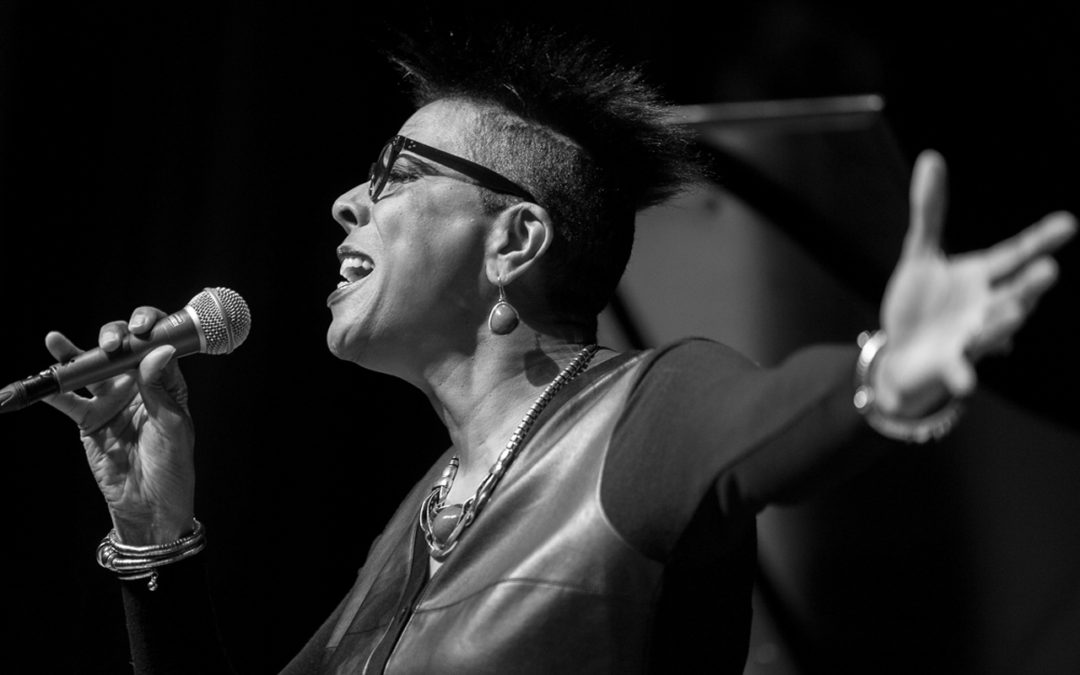 The 2017 DeMiero Jazz Festival runs Friday, March 3, and Saturday, March 4, at the Edmonds Center for the Arts. Now in its 41st year, the non-competitive vocal jazz festival features an all-star lineup of regional vocalists in evening performances, as well as over 60 school and community jazz choirs during the daytime festival.

Attendees can observe the future of vocal jazz as students from elementary, high school, college, and community choirs work with world-class professionals during the two days of clinics, workshops, and master classes. These daytime events are free to the public and are held at the Edmonds Center for the Arts and the North Sound Community Church.

Dee Daniels has been part of the local jazz scene since the late 1970s, where she frequently performed at Edmonds Community College, Soundsation Jazz Camp, and the DeMiero Jazz Festival. A favorite of students and directors, she was frequently requested back because of her passion, caring, and devotion. She now serves as the Artistic Director for the DeMiero Jazz Fest.

The festival welcomes singer, pianist, and composer John Proulx as a featured guest artist. Smooth and swinging, Proulx has performed with artists including Anita O’Day, Natalie Cole, and Marian McPartland. In 2006, he won a Grammy as a co-writer on Nancy Wilson’s Turned to Blue record. Born in Michigan, Proulx studied in Chicago before moving to Los Angeles in 2001, where he’s emerged as a young talent on the jazz scene.

True North is a vocal ensemble encompassing a wide range of musical influences and backgrounds that seeks to find the balance between jazz, funk, pop, and R&B. Together, the four singers – Katie Campbell, Sharmila G. Lash, Fletcher Sheridan, and Matt Falker – have experience in songwriting, arranging, touring, session singing, choral singing, and teaching. True North have been featured artists at Northwest College Jazz Festival in Wyoming and the Cuesta College Jazz Festival in California, and have performed at Los Angeles’ esteemed jazz club, bluewhale, in addition to various venues throughout northern and southern California.

Two scholarship winners will also be featured at the festival.

Artistic Director Dee Daniels announced 18-year-old jazz singer Josh Tazman as the first Dee Daniels Scholarship winner. Guest artists will mentor Tazman during the festival, and he will be featured during the evening concerts. Already an accomplished pianist, vocalist, and composer, Tazman can scat bebop and deliver mature and subtle versions of classics. He recently won the 2016 DownBeat Student Award for a vocal jazz solo, and has appeared with numerous artists and groups.

The Tim Hauser scholarship, established in the memory of the founder of the Manhattan Transfer, offers a special choir free registration for the festival. This year’s winner is a delightfully serious and committed group – Sonia Sarr’s fifth and sixth grade jazz choir from Evangel Classical School in Marysville, Washington.

Evening concerts start at 7pm both nights at the Edmonds Center for the Arts. Tickets are $25 for students and $35 for adults, and are available at e­dmondscenterforthearts.org.

To learn more about the non-profit festival, including volunteering and donating, visit demierojazzfest.org.