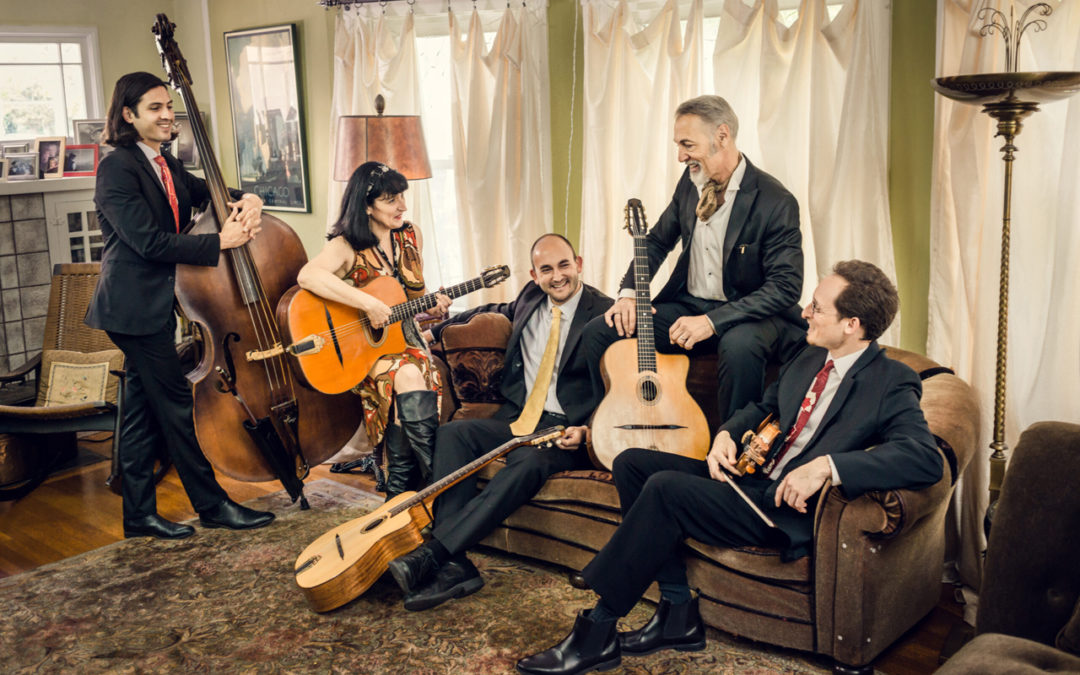 To welcome the fall on an upbeat note, DjangoFest Northwest returns to live performances to celebrate the wide-ranging legacy of legendary Roma jazz guitarist Django Reinhardt. After a virtual festival in 2020, DjangoFest NW once again welcomes visitors to the Whidbey Island Center for the Arts in Langley September 22-26. For five days, an international lineup of performers will offer music inspired by hot club jazz, a style born in 1930s Paris with Reinhardt’s group Quintette du Hot Club de France, mixing American swing with eclectic European influences.

That seductive fusion has inspired musicians ever since, and DjangoFest, now in its 21st year, is North America’s leading festival of the genre. Reinhardt has long been regarded as one of the greatest jazz guitar virtuosos of all time and remains an important influence on many of the best jazz, classical, country, and rock guitarists to this day.

That certainly includes DjangoFest headliner John Jorgenson, a Grammy Awards winner once described by the New York Times as “perhaps the best jazz guitarist alive.” Since it’s formation in 2004, the John Jorgenson Quintet has been one of the leading exponents of the genre’s revival on this continent and returns to the festival with a performance on Sunday, September 26.

The festival also welcomes Seattle-based favorite Pearl Django, a group formed in 1994 that, with some lineup changes, has played in nearly every DjangoFest including the first one.

Fusing folk, swing, classical, and jazz music into its own style is Trio Dinicu, featuring Luanne Homzy, a virtuoso violinist from Montréal with a long list of elite collaborations. She is very much influenced by Stéphane Grappelli, co-founder of the Quintette du Hot Club de France and considered one of the best-ever jazz violinists.

Also carrying the legacy of Grappelli is Tim Kliphuis, a classically trained violinist from Utrecht who learned his craft working with the Dutch Sinti community. His style mixes hot club jazz with classical and folk. He will be appearing as Tim Kliphuis and Friends.

The festival is also famous for its presentation of workshops with eight on tap this year including “Django Ornaments” and others. One of the most promising young lights in Django guitar stylings is 18-year-old Maryland-born Samuel Farthing, set to appear with the Samuel Farthing Sextet which also includes Chapman. Additionally, the festival welcomes back the 32nd year return of The Hot Club of San Francisco.The week-long festivities concludes with the Nick Lehr Festival Djam on Sunday, September 26.

Together the performance lineup and workshops make DjangoFest a magnet for not only aficionados of the genre, but students and practitioners who come for top-notch instruction, said Simon Planting, the festival’s Artistic Director. “There will be music everywhere,” says Planting.

For information on purchasing tickets and a complete festival schedule visit djangofest.com.

← The Royal Room Stories of Black Erasure in Portland and Beyond →