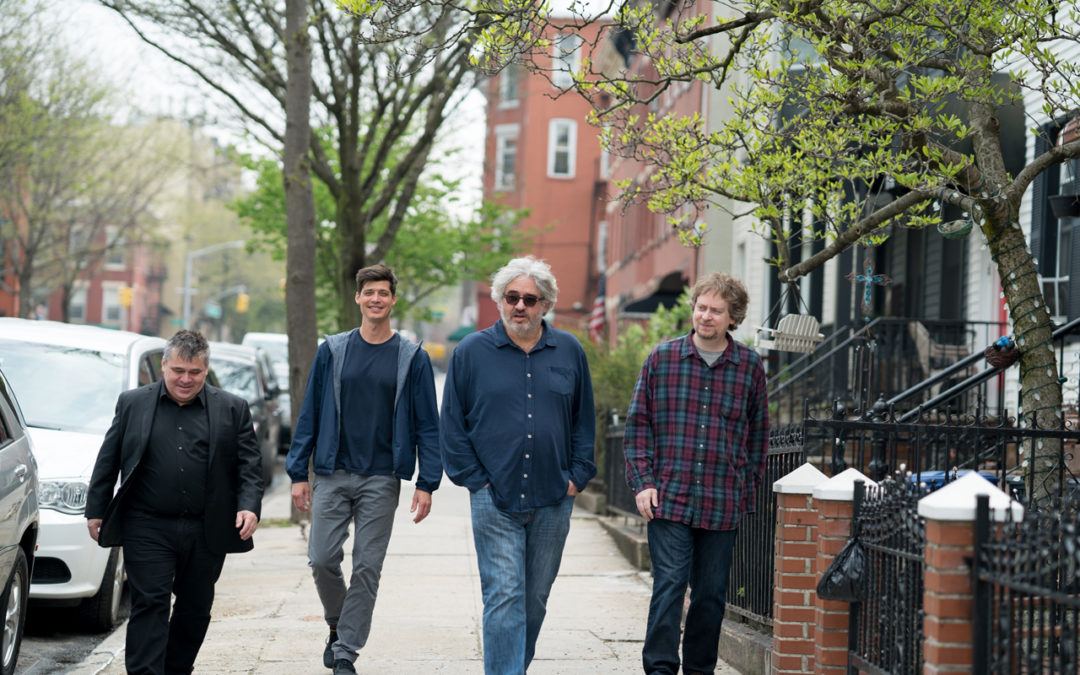 Composer and saxophonist Tim Berne’s music trades on the tradition of bandleaders such as James Brown, Sam Rivers, and Henry Threadgill, though follows its own multi-paneled course: with the pace of a thriller and the momentum of a page-turner, the plot of sequenced episodes twists and turns, settles on cliffhangers, and bucks back on course. Antagonists and protagonists, set in the material of sound rather than space, pace the stage of instrumentation in characterizations naturally extended from Berne’s own ingenious reimagining of group and solo roles.

Making their eponymous debut on ECM in 2011, Snakeoil has challenged and excited audiences with their orchestral dynamism on releases including 2015’s You’ve Been Watching Me, which, according to The Guardian, “delivers a fascinating wealth of intricate musicianship.” Their fourth and newest release, Incidentals, is out September 8.

A late bloomer on the New York jazz and improvised scene who did not pick up the alto until college, Berne has nevertheless managed to establish in the past 20 years a reputation as a formidable composer, producer, instrumentalist, bandleader, and owner of his self-established label, Screwgun Records.

Brooklyn-based multi-instrumentalist and reed specialist Oscar Noriega brings a scorching passion to the group on clarinets, echoing the influences of some of his collaborators such as Dewey Redman, Lee Konitz and Anthony Braxton.

Pianist and composer Matt Mitchell trades his time outside of Snakeoil in a dizzying array of other ensembles, including Rudresh Mahanthappa’s Bird Calls, and the Dave Douglas Quintet. Recipient of the 2015 Doris Duke Impact Award, Mitchell has shown a deep understanding of contemporary trends in music through his interdisciplinary approach to the keyboard. He’ll be featured on this year’s Earshot Jazz Festival, playing a solo tribute to Tim Berne on October 24 at the Chapel Performance Space.

“I do not concern myself with style or genre,” percussionist Ches Smith has said. “When playing, especially, I am not trying to reach into a particular bag.” Eloquent but straight-to-the-point, Smith’s playing has been the cornerstone to projects led by Terry Riley, Marc Ribot, John Tchicai, and the experimental rock group Xiu Xiu. One of the original members of Snakeoil, Smith belies the group’s spectacle of sounds, which never seems to drown the intense, individual, and indivisible voices of its members, sure to present an unrepeatable performance.