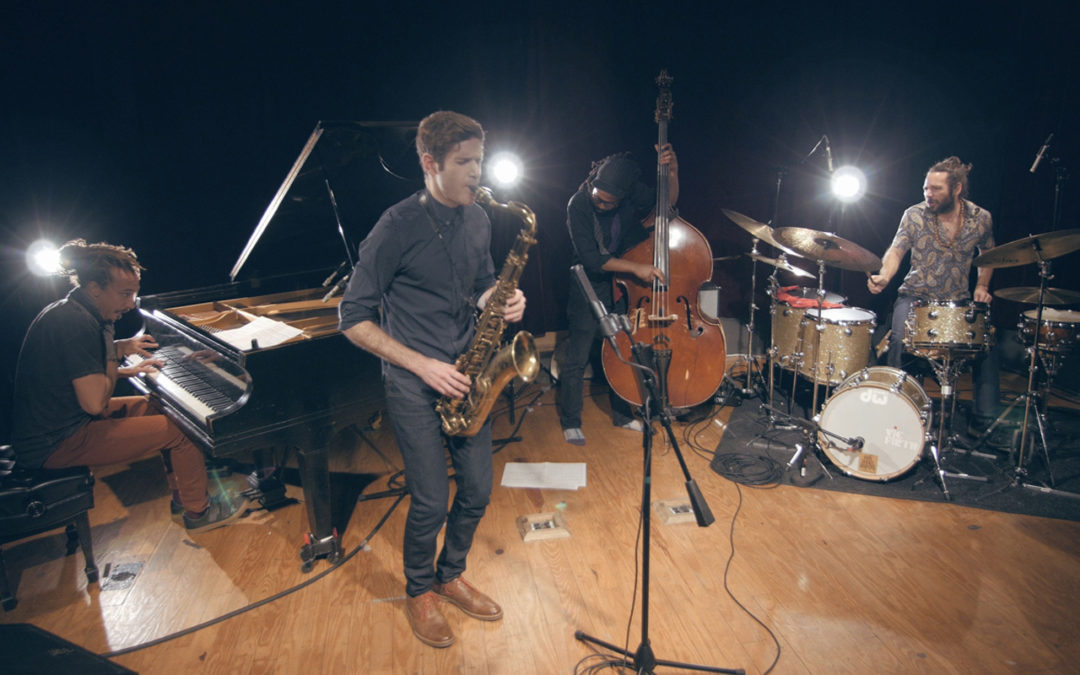 A versatile mainstream pianist, Stanley Cowell emerged into the jazz scene in the late 1960s, playing with Max Roach, Miles Davis, Rahsaan Roland Kirk, Stan Getz, Sonny Rollins, Art Pepper, and many more. Cowell is a prolific composer in the jazz tradition and common practice, but also willing to reach beyond conventional boundaries. He performs and records in jazz venues and performance halls, using piano, African thumb piano, and electroacoustic processes in diverse ensemble formations. In addition to his tenure as professor at Rutgers and other universities for over 30 years, he directed his attention to recording an impressive catalog of well-received CDs.

Bassist Jay Anderson ranks among the most versatile and respected jazz artists. Currently living in New York City, he performed and recorded with important voices in jazz, such as Red Rodney and Ira Sullivan, Michael Brecker, Toots Thielemans, and Maria Schneider. In addition to being a busy sideman, Anderson is a proven voice and group leader in his own right. His original recordings have received critical acclaim both in the U.S. and abroad.

Billy Drummond first rose to international prominence in the late 1980s in three legendary bands: Horace Silver, J.J. Johnson, and Sonny Rollins. Widely recognized as one of the great drummers of his generation, his powerful yet sensitive playing has since been called upon in the studio (he appears on over 300 albums) as well as on the bandstand.

On the heels of the release of What We Bring (Motema), Seattle-audience favorite Ben Wendel brings his quartet with Gerald Clayton, Joe Sanders, and Henry Cole to the hallowed halls of Cornish College.

Wendel is best-known as a founding member of the Grammy-nominated and highly innovative group Kneebody. He has enjoyed a varied career as a performer, composer, producer, and educator. Wendel has toured with Ignacio Berroa, Antonio Sanchez, Eric Harland, Taylor Eigsti, and many others, and is the recipient of numerous awards and grants, including the ASCAP Jazz Composer Award, the Chamber Music America New Jazz Works grant, and, most recently, the Victor Lynch-Staunton Award by the Canada Council for the Arts.

With multiple albums as both a leader and sideman, and having toured across the globe, pianist/composer Gerald Clayton is a leader in the up-and-coming generation of jazz artists who are fluent in the range of styles that make up today’s jazz lexicon, and he continually impresses in live performance.

Bassist Joe Sanders has made a name for himself through his versatility, dedication, and steady pulse. He has played, recorded, and toured with many great musicians, and is often heard with the best and brightest of his New York City peer group.

Drummer Henry Cole is at the forefront of a growing wave of jazz innovation and cross-cultural rhythm. With his flexibility, grace, and sheer power, he has proven indispensable to some of the world’s most acclaimed jazz groups including the Grammy-nominated Miguel Zenón Quartet.