Eugenie Jones: Open Your Heart to What I Mean 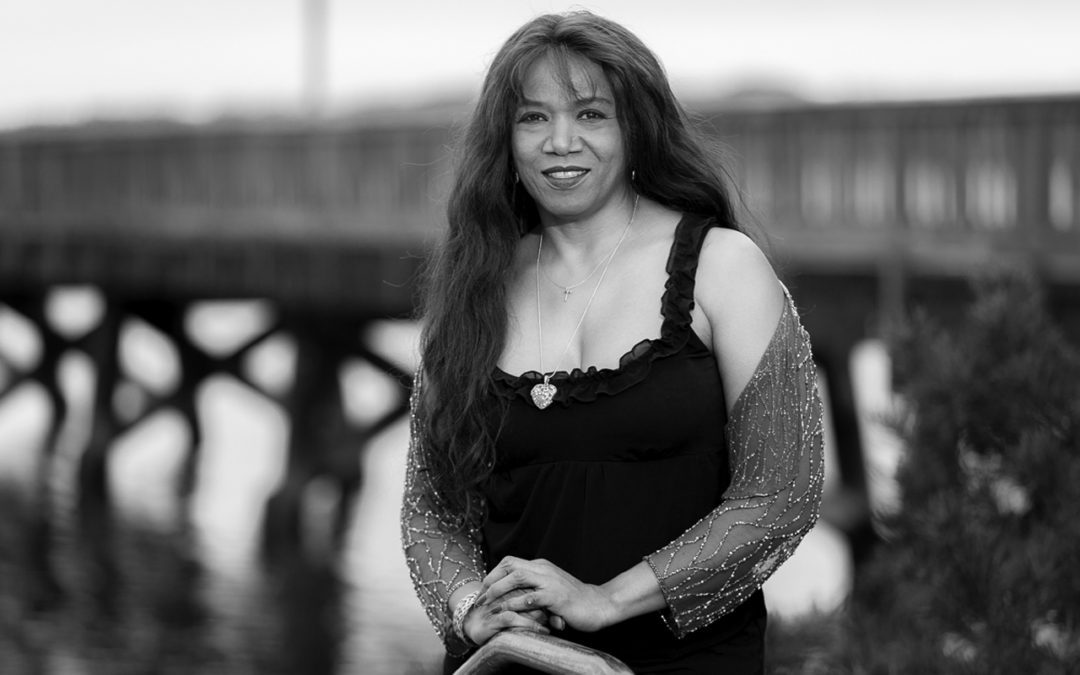 Eugenie Jones sings songs with emotional resonance. She doesn’t hew to the standard jazz repertoire. She doesn’t conform. She sings in the moment so the way she sings her songs changes with her mood.

She says she looks like her mother, Tommie. But she has the strong will of her father, Eugene. She was one of five girls and three boys that her parents raised in the black segregated coal camp of Everettville, in Monongalia County, West Virginia. Jones’ father worked in the mines and directed the choir at the Baptist church; her mother sang the soprano parts in an operatic voice. Sometimes her mother called her father “Peacock” because of his proud, tall stance in front of the small congregation as he tapped the tempo for the 15-person choir on The Gospel Pearls, the book of songs.

Jones says if you ask her siblings about her recent singing and fronting a jazz group, they will express shock and disbelief. She is a private person with a broad smile. She grew up as a tomboy, a coal miner’s daughter, a reluctant worshiper who would throw spitballs from the back row.

Jones graduated from high school in nearby Morgantown, the county seat, and started college there at West Virginia University to study Marketing. She honed her skills to plan and execute methodically. Make a list and check things off. She continued college in Atlanta and San Diego where she met her husband. His career in the Navy brought them and their two sons to Bremerton.

After divorce, her mother moved in. She had colon cancer. Between career, mothering, and caring for her mother, singing was not even on the radar for Jones. Then mom died.

Jones felt the urge to take risks and see what happens. She reminisced about her mother singing around the house. She remembered asking her mom for the names of the songs, but there weren’t any titles. She was just making something up. The seed was planted.

Jones had been leading her own church congregation in songs. Then, one night at an art gallery in Bremerton, she heard Bernie Jacobs sing. He invited her to Seattle vocal jams where she quickly met musicians and began learning how to book gigs and lead a band. The roots had found fertile soil.

Fast forward a few clicks and her new passion has born fruit that all of us can enjoy. Jones released two self-produced recordings of her original songs, Black Lace Blue Tears and Come Out Swingin’; garnered Earshot Golden Ear Awards for Northwest Recording of the Year in 2013 and Vocalist of the Year in 2015, and a recent nomination for 2016 Vocalist of the Year; jetted from coast to coast singing for new audiences; and accrued kudos from critics across the country.

Her songwriting process is organic. She invents melodies and lyrics about her life, moods, and desires, sings them into a recorder, then collaborates with pianist Bill Anschell to develop and document the arrangement. In the end, Jones hopes that the performance will make life better for someone else.
This month, Jones will reprise her tribute to Nina Simone. The two singers share a similar deep vocal range and strong stage presence. As a girl, Jones was encouraged by Simone’s song “To Be Young, Gifted and Black” in church and at civic events.

“I admire her work as a vocalist, composer, and civil rights activist,” says Jones. “Artistically, we’re quite different, but as a black woman, I can identify with the struggles Nina Simone experienced.”

On February 17 at the Royal Room, Jones’ repertoire will include Simone’s “My Baby Just Cares for Me,” “I Put a Spell on You,” “I Want a Little Sugar in My Bowl,” and “Wild is the Wind.” Backed by pianist Peter Adams, bassist Sam Booth, and drummer Brian Smith, Jones will fill her sets with original songs as well. Shows are scheduled for 6pm and 9pm. Tickets are available at StrangerTickets.com.

Tickets $10 advance / $12 day of show.
Tickets are available at StrangerTickets.com

← Sound In Motion: Bright Moments for Dark Nights Letter From the Director →