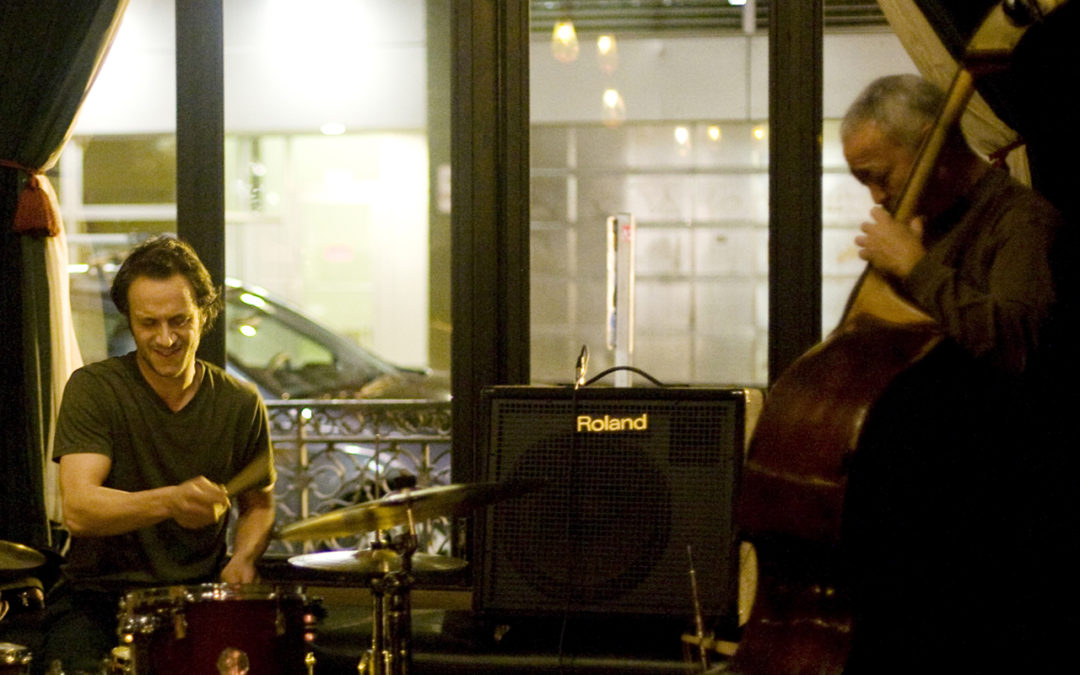 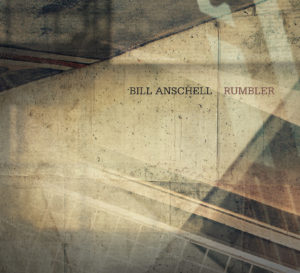 There’s an exhilarating moment on pianist and composer Bill Anschell’s superb new album Rumbler that is emblematic of the album’s strengths, and it’s right at the top of the first track. The disc kicks off with piano and saxophone outlining Thelonious Monk’s iconic “Misterioso.” Sure, it’s a great composition, but with all the masterful versions already recorded, can there really be anything new here?

Suddenly, skepticism is knocked aside as the rest of the band kicks in with jarring, off-kilter punctuations and crunchy guitar, and from there the track wanders further afield into realms of bluesy free improvisation and multiple shades of groove, stitched together with mesmerizing band interplay and creative soloing. It’s quite a ride, and that’s just track one.

For a talented and restless explorer like Anschell, there’s always a new path to explore, even in well-traveled territory. Having studied and performed broadly, Anschell has always been a globally aware musician of wide-ranging activities and interests, anchored by a robust jazz foundation. On Rumbler, he ranges far from the realm of standard 32-bar forms, pushing his music in new directions with odd meters, unexpected juxtapositions and textures, intricately creative arrangements and rock flavors, all without neglecting the elemental power of melody and nuance.

Rumbler features superb playing form Anschell’s core trio of bassist Chris Symer and drummer Jose Martinez, supplemented by choice contributors such as saxophonist Jeff Coffin and guitarist Brian Monroney, whose textural versatility and biting solos seem to elevate any project he is a part of.

Anschell has a beautifully expressive touch on the piano, unspooling sublimely constructed solos with the skills of a player and the mind of a composer. Highly recommended. 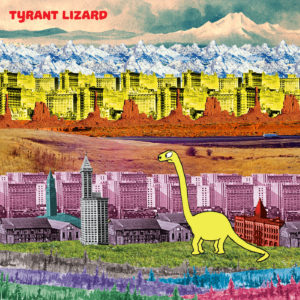 Tyrant Lizard is a brilliant trio of three of the area’s most distinctively eclectic musical voices: trumpeter/composer Raymond Larsen, bassist Carmen Rothwell, and guitarist Gregg Belisle- Chi. (Rothwell and Belisle- Chi have recently departed for New York City, though to be fair, we can still claim them as our own.)

Tyrant Lizard’s stellar, self-titled album inhabits a sweet spot inside one of the most fertile and creatively active streams on the Pacific Northwest scene: an eclectic hybrid of chamber music and heartland-tinged ambient and cinematic textures, crossed with avant-experimental improvisation. Jazz figures into the mix as well, though it’s a form of jazz practice without the usual genre conventions. The influence of maverick mentors Bill Frisell and Wayne Horvitz informs the proceedings, and the work of recent ensembles led by Andy Clausen is also a touchstone.

Tyrant Lizard is something of a companion piece to Belisle- Chi’s recent I Sang to You and The Moon, which also features the telepathic interplay of this trio. The three collaborators seem to effortlessly breathe and phrase together, deftly shifting between darkness and light, whether reveling in the pastoral beauty of the stately album opener, “Stegosaurus,” or the bluesy rubato menace of “Gargoyles.”

Other than a couple of covers, Larsen wrote all the music, but is quick to give credit to his stellar bandmates: “There’s enough improvisation in many of them that I don’t see the composition as ‘fully composed’ until Carmen and Gregg are playing it and contributing their voices.”

Larsen’s sound is a clear, lustrous tone, invoking both Chet Baker and the patient expressiveness and attention to timbral detail of Kenny Wheeler. Belisle- Chi’s nimbly versatile guitar work melds expressive, clear twang to ambient washes of noise and space, while Rothwell holds it all down with her earthy, authoritatively deep sound. 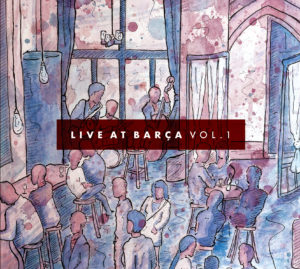 Earshot Jazz recently covered the 10-year anniversary of the Live Jazz Thursday sessions, and this album is a fine document of this vital element in the Seattle-area jazz ecosystem.

Each Thursday at Barca on Capitol Hill, drummer Adam Kessler and bassist Phil Sparks invite a third guest musician from the local scene to create a new trio, and the new album features highlight performances culled from hundreds of resulting sessions.

The Barca sessions are truly a community event, with a large cast of regulars making the scene week after week, and this recording beautifully captures the vibe at the club. It’s a visceral document of the scene, complete with the occasional talking patron in the background which could be a distraction in some cases, but here it actually adds to the ambience. It’s a jazz hang after all, not a museum, and when the musicians are in the zone, they’re focused on the music anyway.

The trio format provides unusual improvisational possibilities, especially for horns, giving them a flexible, open-ended canvas for improvisation freed from the harmonic constraints of chordal instruments and larger ensembles. Sparks and Kessler lock it all down with intuitive and sensitive interplay, a rhythmic mind-meld that can only come from years of playing together. Their foundation they provide is a setting that any instrumentalist would be lucky to contribute to.

Highlights include saxophonist Alexey Nikolaev freely exploring the trio format on “Take the Coltrane,” stalwart trumpeter Thomas Marriott shining brightly on a pair of Cole Porter tunes, and the amazing local treasure Bernie Jacobs tearing it up on both vocals and flute to open and close the album.