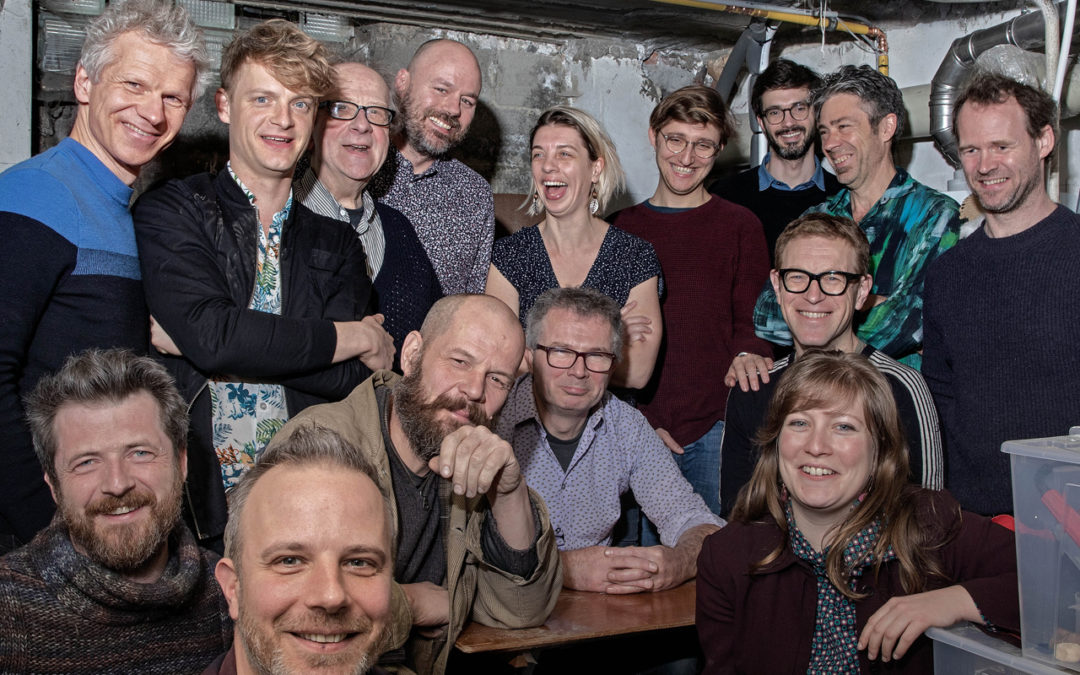 The mammoth15-piece Belgian juggernaut unleashes jazz of unrivaled spirit and verve with staggering chops. Wildly innovative, complex, incendiary, and as tight as a fine classical orchestra. On this US tour, some 20 years after its founding, FES presents a special anniversary “best of” repertoire.

The Flat Earth conspiracy was hatched in an Antwerp club, Cartoons, by Peter Vermeersch, who describes himself as “a no-nonsense artist, former architect, clarinettist, saxophonist, keyboard player, composer, and producer.” Before forming FES, he worked with a host of iconoclasts, from cult band X-legged Sally to guitarist Fred Frith to revolutionary choreographer Anne Teresa De Keersmaeker.

At first as a way to accompany a circus act, he hit upon the big band format to explore his expansive

musical vision. The result has been liberated and inspired. FES has become an eclectic behemoth, but one so friendly and thrilling that it has won acclaim from audiences both within and far beyond jazz circles.

As a very big big band, FES is anything but unwieldy, it follows Vermeersch’s lead brilliantly. Of 2006’s Psychoscout, Nic Jones said in All About Jazz that it “takes in a kind of homage to Kurt Weill, incidental music for old TV detective series, and perhaps a touch of Henry Cow at its most formal. All that makes for listening that could have you laughing out loud or wondering happily over the sheer bravura of it all.”