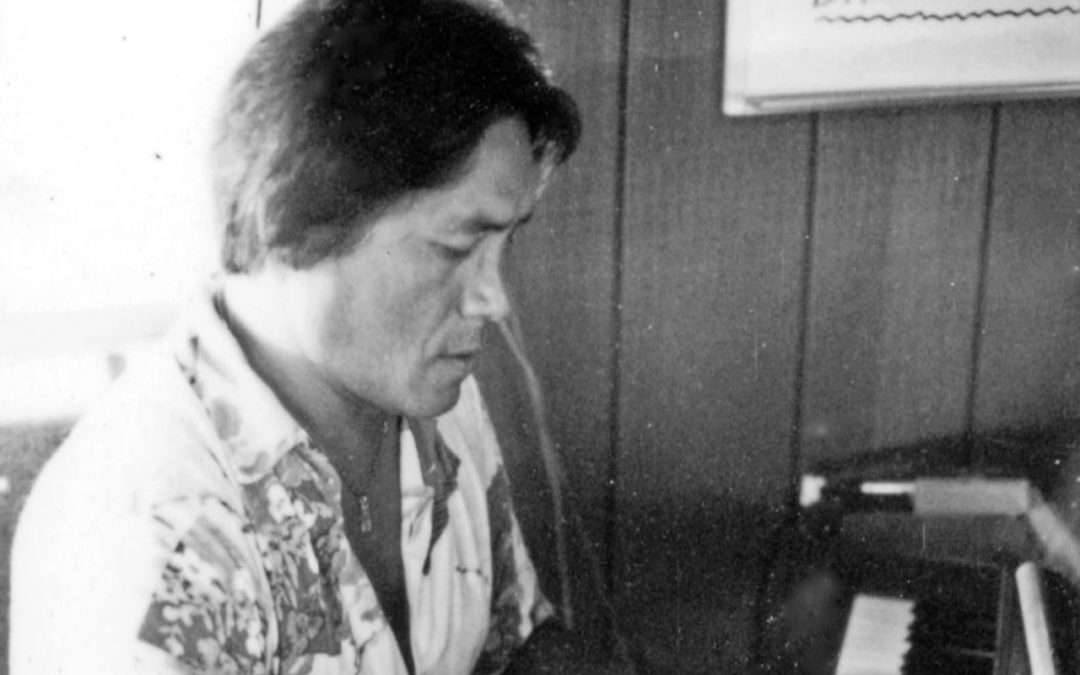 Throughout the year, Earshot Jazz is proud to share brief excerpts from the forthcoming book, After Jackson Street: Seattle Jazz in the Modern Era (History Press of Charleston, S.C.), by Seattle’s preeminent jazz writer, Paul de Barros. Picking up where Jackson Street After Hours (Sasquatch Books, 1993) left off, the new book will feature fascinating interviews with the familiar artists and under-sung heroes who shape the vibrant jazz scene of the Pacific Northwest. After Jackson Street is generously supported by a grant from 4Culture.

Back in the early ‘60s, pianist Gene Argel was roaming the halls of the University of Puget Sound practice rooms when he heard something unusual—jazz piano. UPS was a citadel of classical music back then and jazz was frowned upon.

“It was Butch Nordal,” recalled Argel, sitting in his apartment in Wailuku, Maui, after playing his weekly Friday night Hammond B3 gig at the Wai Bar, a few miles away. “That was the end of my classical career. All I wanted to do after that was play jazz.”

Born in 1938 in Tacoma and raised there, Argel was groomed as a classical pianist, starting with his first lessons at age six. That brief exposure to the soon-to-be-heralded arranger and pianist Nordal (which included a lesson on how to play the blues like Horace Silver) changed his life. Argel didn’t waste time. He played his first jazz gig shortly thereafter, in Bremerton, with legendary Tacoma bebop trumpeter Neil Friel.

Argel was a regular with saxophonist John Lewis at the Colony, at Fourth and Virginia, a club opened by Seattle impresario Norm Bobrow in 1955. Over the years, the Colony showcased players such as Overton Berry, Red Kelly, Walt Tianen, Bud Schultz, Joe Brazil, and many others. Lewis didn’t have a bass player, so Argel played an Organo bass attachment, a skill that later came in handy when he took up the Hammond B3, of which he is stone soul master. Argel attributes his feeling for soul and swing to one person on the Seattle scene.

Soul music was much in demand in the ‘60s and players such as Argel, Thomas, Nordal, and Larry Coryell supplemented their jazz gigs with plenty of it. Argel, who is half Native American (on his mother’s side; his dad was Filipino), was lucky enough to hang out and play with one of the future legends of soul from this area, Pete DePoe, a Native American drummer whose “King Kong” beat had a huge influence on Tower of Power drummer Dave Garibaldi.

The Penthouse jazz club on First and Cherry was in full flower when Argel was coming up and he was there for John Coltrane’s famously-recorded 1965 set, as well as for Miles Davis and Oscar Peterson.

“Oscar was like 20 minutes late,” said Argel, “and Ray [Brown] says, ‘You want to play some songs before Oscar comes?’ and I go, ‘Let me think about that for a minute.’ I only knew three songs—‘Autumn Leaves,’ ‘Green Dolphin Street,’ and the blues— but I knew I could play. And with Ed Thigpen and Ray you’re going to be fantastic, anyway. So I said, ‘OK, let’s go.’ But right then, Oscar walks in.”

Argel would have plenty of other chances to play with well-known musicians, particularly at Blackie’s in Lahaina, Maui, where he has backed up Howard Roberts, Emil Richards, Conte Candoli, and many others. He was also pleasantly surprised when Branford Marsalis tapped him to play with him at a private engagement.

Though Argel played on the local scene for just a few years, he has maintained deep ties with Seattle players such as Jay Thomas, Gary Steele, Chuck Deardorf, and John Bishop. In 2015, Argel released Luminescent, on Origin, which features an ear-tickling set of alternate chord changes to “If I Loved You” (inspired, he says, by Aaron Copland).

He has fond memories of his early days in Seattle. “I always felt it was a very welcoming scene,” he said.

← For the Record The South Hudson Music Project →