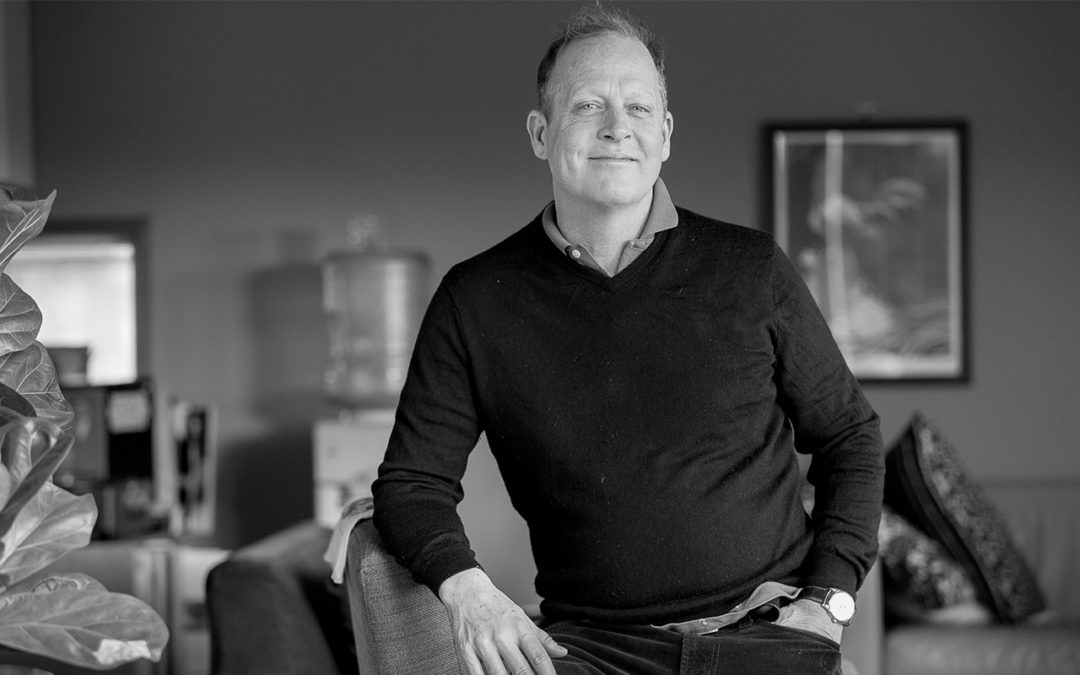 Hans Teuber is embarking on his 30th anniversary of living in Seattle this year—30 years of seemingly hanging on the periphery of the dynamic music scene in the Pacific Northwest. There is not a plethora of recordings as a leader, much less a steady club gig under his leadership to speak of. That being said, Hans Teuber has as well been a major influence on how the musical crossroads of this city meet, and in the process, being uniquely, eloquently, and comfortably, himself. He is no musical chameleon, but the signature sound he brought with him three decades ago from South Carolina, and embellished here, is spoken truthfully within whatever form he is engaging.

“I’m not a record releasing guy,” states Teuber. Yet his sound has graced dozens of recordings, including his own release Lucky (Origin, 2000), and a palette of wayfaring variance from Brazilian to bebop.

Teuber grew up surrounded by the music of his parents, both of whom were professional musicians. His father, an expert French horn player, was a PhD at the University of South Carolina in Columbia, and a noted composer of chamber music, focusing on brass quintets. His mother is a singer, and taught voice six days a week.

“My mom and dad were both professional musicians, so I didn’t grow up thinking this was going to be a marginalized life, and I haven’t acted that way,” says Teuber, referring to the often challenging life of an artist in the modern age.

Somehow, Teuber gravitated towards jazz in Columbia, a place that the casual jazz fan might not think of in terms of having a thriving scene.

“I was in a bebop pocket, playing with 60-year-olds. They were telling me, ‘Miles and Coltrane ruined jazz, Clifford Brown, that’s the shit.’ Long lines, not this artsy shit, Zoot Sims, swing it.”

Teuber’s journey to Seattle began while performing with Buddy Greco in Atlantic City, where he met drummer John Bishop, a Eugene, Oregon, native who would settle in Seattle and venture into the recording end of things as the founder of Origin Records. Teuber was maintaining a relationship with a woman from South Carolina, whose family had taken residence in Vancouver, B.C. In the midst of maintaining this long-distance relationship, Teuber stopped in Seattle to visit Bishop, who took him around to the plethora of club gigs that existed at that time.

“Coming from South Carolina, it was like going to Europe, and John was such a great guide,” he says.

Over the past three decades, Seattle has been the recipient of his musical wisdom, his unique take on music in a very global sense, his marvelous and personal way of orchestrating improvisation.

“What I love is the big picture, I love orchestration. And when I say that, I mean within improvising. There should be orchestration going on, not everybody doing everything at the same time,” he says.

While Teuber states that he wanted to be an alto player from the outset, his most reliable mate while improvising is the tenor. His expertise on clarinet, flute, and alto flute expresses magic in a very personal sense. His probing, melodic tenor sensibility is illuminated on Thomas Marriott’s brilliant CD, Constraints and Liberations (Origin, 2010). His winding, angular passages are a perfect counterpoint for Marriott’s atmospheric approach on this record.

“One of the things I have always admired most about Hans’ playing is that he always sounds like himself,” says Marriott. “It doesn’t matter what kind of gig he’s playing, or what style of music, he always sounds exactly like Hans Teuber. That’s very hard to do when you are a journeyman musician and play a lot of different music.”

“I remember one time at the Owl N’ Thistle,” continues Marriott, “Hans made the band play a tune I think he was calling ‘Integrity.’ It was only two or three notes. When you play a solo on it, you can only use those three notes. It’s wickedly hard, but it keeps you honest. Hans schooled everyone on it with just those three notes! You had to hear how masterful it was, it was like getting your butt kicked by Yoda.”

Thirteen years ago, Teuber made a professional choice that provided some financial and professional stability both for his family and for the multi-talented artist. As the music director at Teatro Zinzanni, he is charged with creating music that plays with theatrics, that alludes to a script, that is sequenced and timed precisely. It has presented a forever changing musical landscape from show to show, a challenge Teuber embraces.

“The music feels good, and it has a context, and it has people dancing. I love to swing, and I love to make melodies,” he offers, and acknowledges an impact on his improvisational prowess. “Context is really important. That’s the problem with art, right? I do tend to think more of what will work,” he says.

One of Teuber’s bandmates at Zinzanni is sensational Barcelona-born pianist, Marina Albero. When not performing together at the circus, Teuber performs in Albero’s quintet that includes Evan Flory-Barnes, D’Vonne Lewis, and Jeff Busch. The almost telepathic musical relationship between the two is most evident, with Teuber embellishing the multiplicity of influences in Albero’s music.

“Hans Teuber has a really wise musical soul,” says Albero. “His rich and wide background nurtures every situation he is involved in, in the most humble and generous way possible. I will always feel grateful for landing in Seattle and working every night with such a master of American music.”

Currently, Teuber is working on a duo release with trailblazing bassist Jeff Johnson, on the Origin label.

“I’m on all his recordings, but finally we recorded as a duo, and it’s really beautiful stuff,” says Teuber. Expressing great admiration and respect for Johnson, an icon of jazz double bass and an innovator of melodic improvisation on the instrument, Teuber continues, “He really helped me find myself, and still does.”
Teuber’s run at Teatro Zinzanni comes to a grinding halt in early May, and Seattle can once again welcome him back on the jazz scene. He will continue to inspire audiences with his musical vision that continues to evolve into the abyss that the 21st century has thus far provided. His art is very powerful, with great humility and respect. Hans Teuber has given us 30 years of musical grace—here’s hoping for 30 more.

← Seattle on the Spot: The Photographs of Al Smith In One Ear →