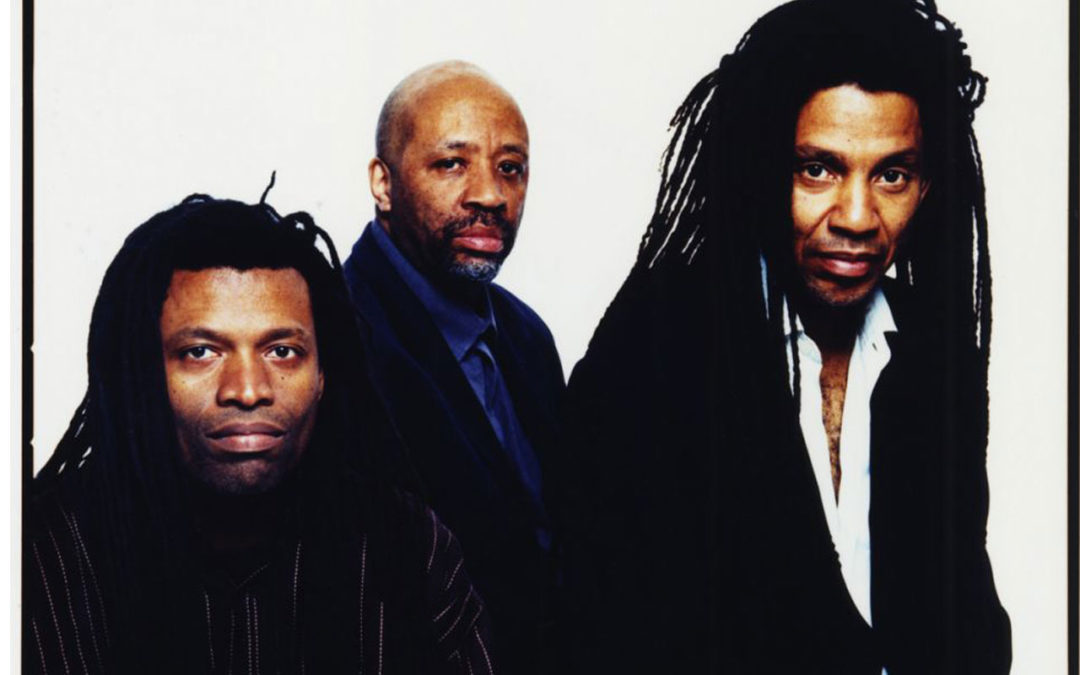 The New York power trio of Brandon Ross (guitars), Melvin Gibbs (bass), and JT Lewis (drums) is named for the slave who freed hundreds of others, and has for 20 years engaged her spirit of liberation. With credentials miles long, their “Open Music” invokes forebears like Ornette Coleman, Jimi Hendrix, Parliament-Funkadelic, and the Art Ensemble of Chicago.

Harriet Tubman formed in 1998, inspired by Tubman’s ideals of freedom. The band’s pursues liberated musical expression in the spirit of musical forebears, with a credo: “Recontextualizing musical technology to create innovative compositional and cultural spaces is an important part of the African-American cultural tradition. Harriet Tubman is part of our contribution to that tradition.”

That’s a credo that has a historic context, the band says: “Harriet Tubman’s music reflects the essential impulse of the wave of energy that entered and embraced our world at that time [the late 1960s]: depth, creativity, communication, spirituality, love, individuality, determination, expression, revelation. We feel that our choice to perform Open Music has a value and relevance that connects with the re-awakening, the new search for restored meaning that we see and experience wherever and whenever we perform.”

The trio certainly has personnel able to breathe fresh cultural life into any ears it reaches. All have long, fabled histories in cutting-edge jazz and many other areas of music. Brandon Ross’s CV includes time with Henry Threadgill, Cassandra Wilson, Arrested Development, Oliver Lake, Muhal Richard Abrams, Archie Shepp, and many, many others. Melvin Gibbs is a one-time member of the Rollins Band and Arto Lindsay’s samba-cum-no wave groups, and many others: Punk-Funk All-Stars, DJ Logic, Arto Lindsay, Power Tools (with Bill Frisell), and J.T. Lewis, similarly, has been there for major developments in American music, with Living Colour, Dave Sanborn, Stanley Jordan, Lou Reed, Herbie Hancock, and Don Pullen.

Harriet Tubman is a band unlike any other. As The Observer observed last year: “Going on two decades, Harriet Tubman…have been a steadfast anchor of NYC’s experimental music scene” bringing “a message of freedom, hope, and protest in the form of their soul-baring, politically-tweaked fusion of funk, rock, jazz, and dub that is spiritually cleansing as it is earth-scorching when we most need it.”