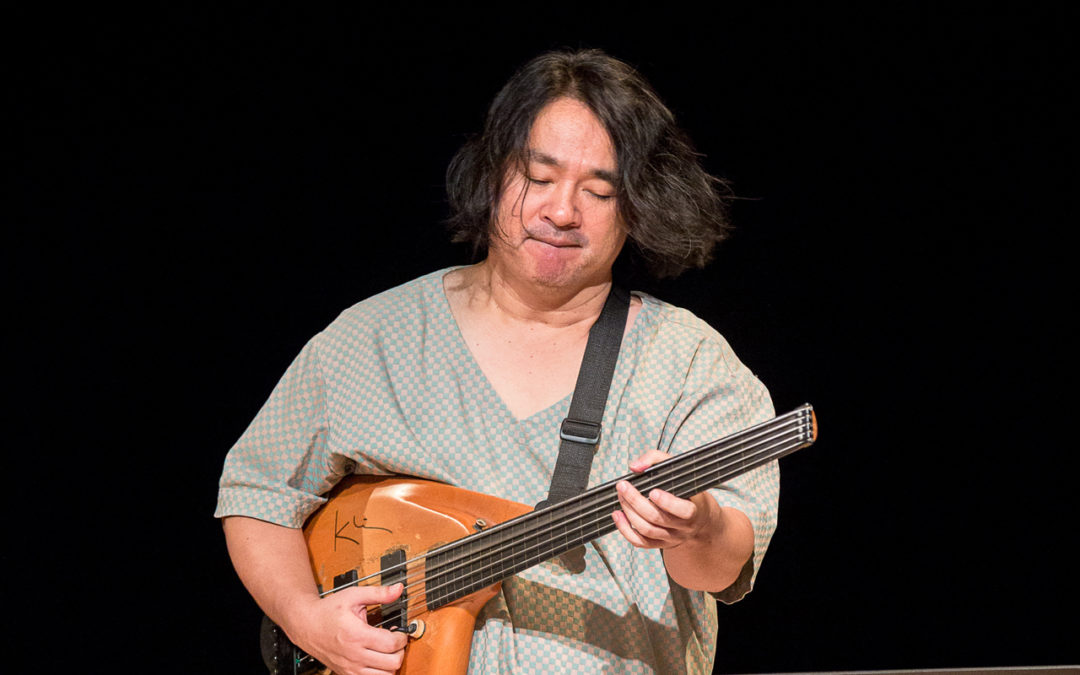 In 2008 a group of University of Washington Jazz Studies students realized the need greater need for participation in the local music scene. By creating in the local music scene the Improvised Music Project student group (IMP) and partnering with the outstanding support of UW, the first IMPFest was realized. Now in its eleventh year, IMP continues into a new decade of curation and collaboration with a few notable changes.

The 2019 curation no longer includes the showcase shows at Café Solstice or partnerships with other arts organizations in the Seattle Area. IMPFest XI comes with a renewed focus on its flagship event, combining all-star faculty and students with world-renowned musicians. This year’s lineup features vocalist and cuatro player Lucía Pulido and bassist Stomu Takeishi alongside UW’s music department students and faculty. The festival runs for two evenings, May 24 and 25, at UW’s Meany Studio Theater.

Since her arrival in New York in 1994, the singer Lucía Pulido has mined the rich musical traditions of her native Colombia in her ongoing search for new and distinct musical possibilities, incorporating different elements from contexts as varied as jazz, contemporary music, and chamber music. This has initiated a host of different projects, including collaborations with Ivan Benavides & Hector Martignon, Sebastian Cruz, Fernando Tarrés, and Satoshi Takeishi (brother to Stomu).

It was with Satoshi Takeishi that Pulido began deepening her exploration of the avant-garde style with their album Religiosos y Paganos de Columbia (Intuition Records). This work blends contemporary chamber music with ancestral songs and percussion. In addition to this avant-garde style, she also sings arrangements of traditional Colombian songs from various regions, which tend to maintain elements of traditional music alongside urban experimentalism.

Renowned bassist Stomu Takeishi began as a koto player before finding the instrument that took him to the United States to study music—first at Berklee School of Music in Boston, and later at the New School in Manhattan. He has lived in New York City ever since. In the 1990s he began to achieve prominence as an innovative New York jazz bass player, and he is celebrated by critics for his adventurous playing and keen awareness of sound and timbre. Takeishi is known for playing fretless bass guitar, often modifying and enhancing his sound with electronics and looping stations.

His résumé of collaborations is rich with left-of-center musicians and composers, including Myra Melford, Erik Friedlander, Henry Threadgill, and Bill Frisell. Seattle audiences may remember his performance with Melford’s Snowy Egret during the 2015 and 2018 Earshot Jazz Festivals. Takeishi has a long history recording and performing in a trio led by trumpeter and UW Chair and Professor of Jazz Studies, Cuong Vu, along with UW Assistant Professor and drummer Ted Poor.