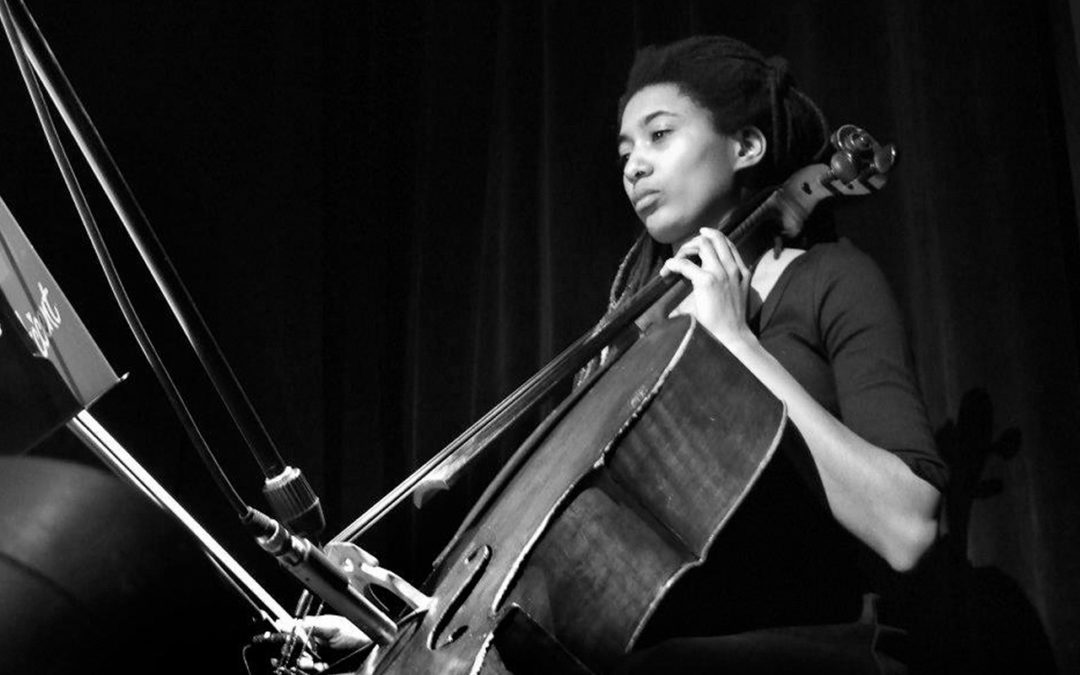 At 33 years old, the Seattle Improvised Music Fest (SIMF) ranks as the longest-running festival of completely improvised music in the United States. With concerts spanning February 10 through 17 in venues across the city, the festival, presented by Nonsequitur with support from 4Culture and Cornish College of the Arts, is now longer and more diverse than ever before.

Much of this year’s changes were born in a community potluck at the end of last year’s festival, where musicians and audience members met with organizers to brainstorm about what could widen the festival’s focus. Opinions were unanimous to expanding the coordinating committee, increasing the schedule from three to eight days, and adding an array of venues including The Royal Room and Capitol Hill’s improvising haven Spite House, according to head of Nonsequitur, musician, and long-term organizer of SIMF, Steve Peters.

“It feels to me like there are these sort of weird segregations in the music community even within something like free improvisation, and a lot of that is generational I think,” he says. “I really feel this mission to bring all those people together to one big happy family reunion…

[There’s] at least three or four active generations of improvising musicians in this town and there’s no reason why they shouldn’t be brought together more.”

The festival lineup includes artists from throughout the city, from the more classically minded such as pianist Katie Levine and flutist Clifford Dunn, to sound-for-sound-sake artists including Cristin Miller and Eric Muhs, among others.

“We invited some people who haven’t played in the festival for fifteen or twenty years and then we invited mostly other people who’ve never played in it,” says Peters.

Locals will be sharing the stage with greats such as guitarist Davey Williams (his first time in SIMF), flutist Jane Rigler, bassist Evan Lipson, and cellist Tomeka Reid. As part of a four-day residence at Cornish, Reid will rehearse and perform with students from collaborative improvisation courses for dancers and musicians, led by instructors Alia Swersky and Tom Varner.

Improvisor and Cornish Chair of Music James Falzone had been living in Seattle for less than a year after his move from Chicago when Peters invited him to join the festival committee. Finding out that Cornish had co-produced a concert with Pauline Oliveros for SIMF in 2004, he remembered his 15-year acquaintance with Reid and proposed the collaboration.

“When I first brought it up there was some question…There’s always this thing about improvised music being underground,” he comments. “So if we connect it with an academic institution are we institutionalizing it in a way that’s unhealthy? And the first thing that I say is that it’s time to get over that paradigm, we can move beyond that.”

While last year’s festival only included a one-day workshop with dancers, this year a curated dance and music performance has been added at the Chapel Performance Space, making the festival a more “open faced” event, according to Falzone, especially for students.

“The experience of our students being on stage with Tomeka at a major festival, that’s going to teach them more than ten hours in class,” he says.

Fresh ideas have also been present behind the scenes. Multimedia artist and trombonist Haley Freedlund, a Cornish graduate, worked in committee alongside lauded local drummer and UW alumnus Chris Icasiano to incorporate artists from their neck of the woods.

“He is always very thoughtful in his choices and we are both very progressive in our programming, as well as deeply-rooted in the DIY realm,” says Freedlund.

For Freedlund, the festival, despite its relatively small staff size, is a chance to further expand the “strange and challenging” niche she’s come to love to a broader community.

“I moved to Seattle six years ago as a student, and didn’t really immerse myself in free improvisation until 2014,” she says. “It’s a majority of the playing and producing that I do now.”

Peters also invited composer, multi-instrumentalist, and Seattleite Amy Denio to enrich the festival with her experience. Denio agrees that the festival can be a way to find intersection between the “different tribes” working within Seattle and exchange new ideas between older and younger players.

“I would say that the majority of the local people I don’t actually know, so it’s really educational for me, someone who’s been around the scene for a long time,” she says. Stressing the political side of improvisation, she comments, “I think it’s really important for people to know it exists…It’s applicable not only to people who like music but to people who are just interested in approaching life and its challenges in different ways.”

Falzone, who notes an improvising aesthetic in Seattle different than Chicago’s, praises the universality of spontaneous music as a metaphor for life, with all its perfections and imperfections, what he calls the “all-ready” and the “not-yet”:

“Life, for me both makes sense and makes no sense. Sometimes all in the same moment and all in the same afternoon,” he says. “[Hearing that] as a listener, I enjoy that in my heart. The things that make sense, that I can hold on to, [and] the things that are truly challenging me… I’m having to work really fast to figure out that process: What actually am I witnessing here? What am I hearing? How do I mix them? I find that really exciting.”

Peters advises concertgoers to “bring wide open ears and an appetite for surprise.” Though with improvisors they are sure to expect a warm welcome.

“I know it can be kind of a frightening concept to a lot of people who are not used to it,” adds Denio, “[but] it’s actually really engaging, and creates community in a unique way.”

For more information about the Seattle Improvised Music Festival, as well as full lineup and schedule, visit seattleimprovised.tumblr.com.