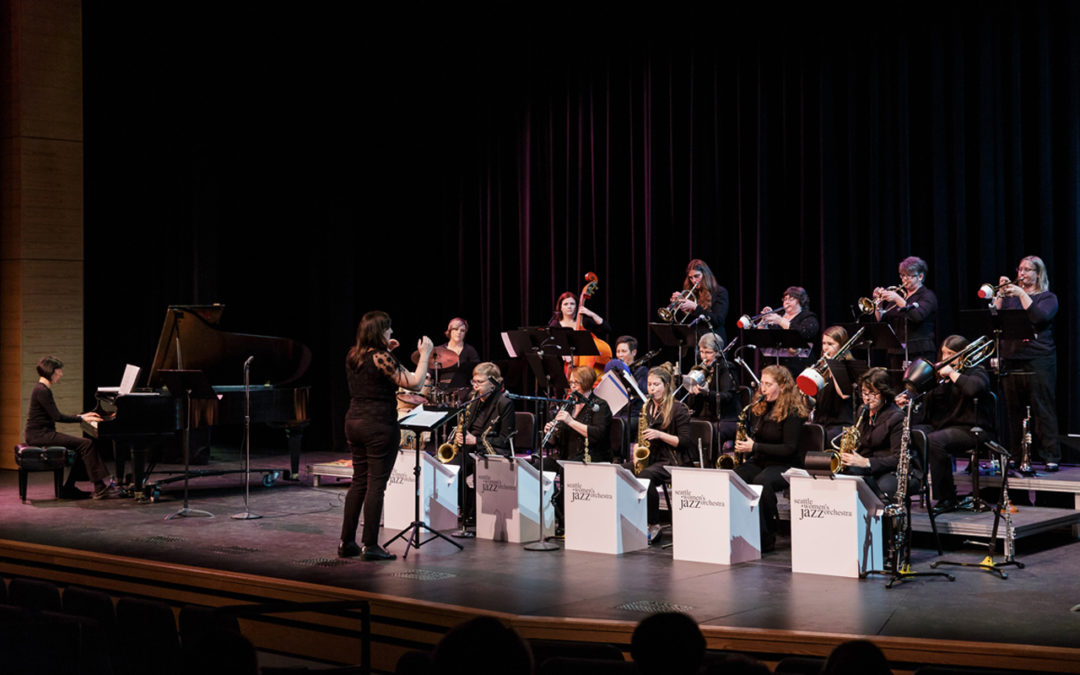 Instrumental Ladies of Jazz: The Duos

Reservations and more info at caffemusica.com.

Fuchs is a German saxophonist, clarinetist, conductor, and composer in diverse ensembles that cover new music, theater music, improvised music, and jazz. She is a founder and co-leader of the United Women’s Orchestra in Germany, and has received numerous scholarships, composition awards, and commissions around the world.

Urquhart is a Canadian jazz pianist and composer based in Edmonton, Alberta.

The compositions will be premiered and recorded live by the Seattle Women’s Jazz Orchestra featuring special guest Sherrie Maricle of DIVA at the Shorewood Performing Arts Center on October 25.

Composers will be in attendance.

Email news about Seattle-area jazz artists, for In One Ear, to [email protected].