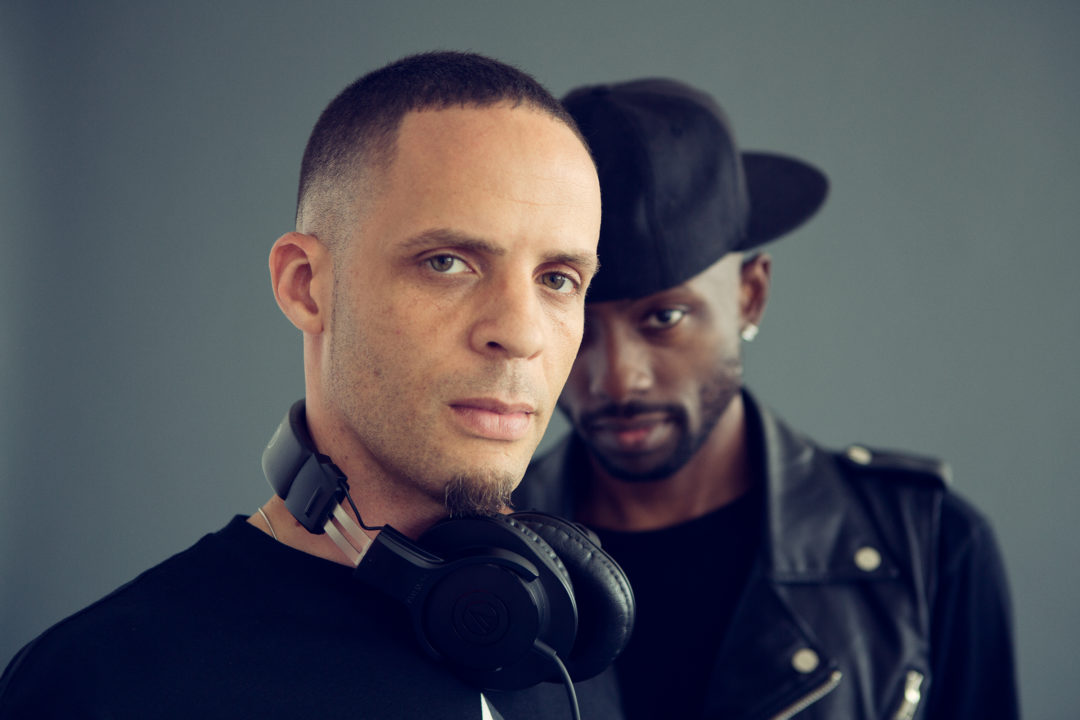 Perhaps you’ve worried, from time to time, when you’ve heard the umpteenth recombination of the source materials of jazz, amounting to just more of the same-old, same-old, that the well has been tapped out.

Then along comes a Jaimeo Brown.

The drummer/composer’s powerful recordings, Transcendence (2013) and Work Songs (2016), create riveting music from many sources within the African-American experience. Among his music’s startling features is its thoroughly fresh use of field recordings, with which he points a way forward to the possibilities of a multimedia-fortified future-jazz.

“If you want to know what is important to a people, listen to their music,” he says. He did that growing up on a Native American reservation in Montana and in the San Francisco Bay Area, and pursued his search in music from there and afar. During 14 years in New York, he had such experiences as traveling the world as a U.S. State Department-sponsored musical educator.

Way back, he happened to hear recordings of quilters from the isolated African-American community of Gees Bend, Alabama, site of an old cotton plantation. That was the germ for his exploration of the songs and lives of Black and immigrant laborers, stonemasons, churchgoers, prisoners of the jailhouses and work gangs, coal miners at their ceaseless toil, and “gandy dancers” who hauled and laid train tracks through the valleys.

As Brown demonstrates on his recordings, he also has been attentive to the lives and songs of Chinese immigrants, and of children.

Enabling him to create music that is at once ethnographic and thoroughly convincing as living and breathing force, Brown has ventured deep in both listening and road-tempered musicianship. Early on, his ears were open to the essential jazz giant steps of the likes of John Coltrane, Miles Davis, and Art Blakey—and bedrock drummer Bernard Purdie, a particular favorite. But Brown also voraciously took in the musical and production innovations, too little recognised and heeded by most jazz players, of the likes of J Dilla and Dr. Dre. To that he has been able to add the attention to detail and control of output and image that come with years on the bandstand and on the road. In his case, those have involved artists as varied as Stevie Wonder, Carlos Santana, Q-Tip, Pharoah Sanders, Greg Osby, and Bobby Hutcherson.

In creating “albums of love and fire” that capture, as Brown says, “the contemporary moment as a reflection of historic struggle,” Brown has ideal, equally committed collaborators in Chris Sholar and Jaleel Shaw.

Chris Sholar, a guitarist and keyboardist, is a much-in-demand producer of hip-hop and R&B with such credits as Kanye West, Stevie Wonder, Whitney Houston, Beyonce, D’Angelo, John Legend, Mariah Carey, and many others; he toured as musical director for Q-Tip (A Tribe Called Quest). He wrote for, produced, and recorded with Ne-Yo, Mariah Carey, Jay-Z, and Snoop Dogg, as well as European artists Joy Denalane and Max Herre, including on the latter’s Billboard chart-topping release. For that matter, he has featured on two other Billboard #1 hits: A Tribe Called Quest’s We Got it from Here… Thank you 4 Your service and Solange’s Grammy-winning A Seat at the Table.

On alto and soprano saxophones, Jaleel Shaw, a fierce-blowing Philadelphian, was DownBeat’s 2014 Rising Star Alto Saxophonist, and is a longtime member of the Roy Haynes Quartet and Tom Harrell’s Colors of a Dream. He has performed with the likes of Christian McBride, Jason Moran, the Mingus Big Band, Pat Metheny, Stefon Harris, Roy Hargrove, Chick Corea, Dave Holland, Jimmy Cobb and several others. All About Jazz named his CD, Perspective (2005), one of the year’s to-five debuts. His followup, Optimism, was similarly praised. He has received two ASCAP Young Composer Awards, and continued to fulfill his promise in 2013 with his third album, The Soundtrack of Things to Come, which struck exactly the right chord to make him a likely member of Jaimeo Brown’s visionary Transcendence project.

Brown has mined a great many musical traditions of African America and beyond to create a compelling projection into a future of great musical and social possibility. Proof of the strength of his singular musical conception is that its results resonate with a sense of inevitability. With their contributing elements so cannily and persuasively incorporated, the coherent whole even draws attention away from the mighty architecture of the music’s construction so that listeners can be borne along and aloft.

In The Guardian, describing a Transcendence performance steeped in audacious use of wide and deep sources of musical expression, John Fordham wrote: “Readers of these descriptions might sniff cultural tourism, but this felt the diametric opposite: a unique contemporary jazz venture fuelled by palpably passionate commitment to match its creators’ imagination and skill.”

Brown puts it this way: “Sometimes, when you find a voice, your life is no longer your own. It belongs to those you speak to, speak for and speak of.”

Tickets are $18 adult, $16 Earshot members and senior citizens, $10 students and military and are available at earshot.org.