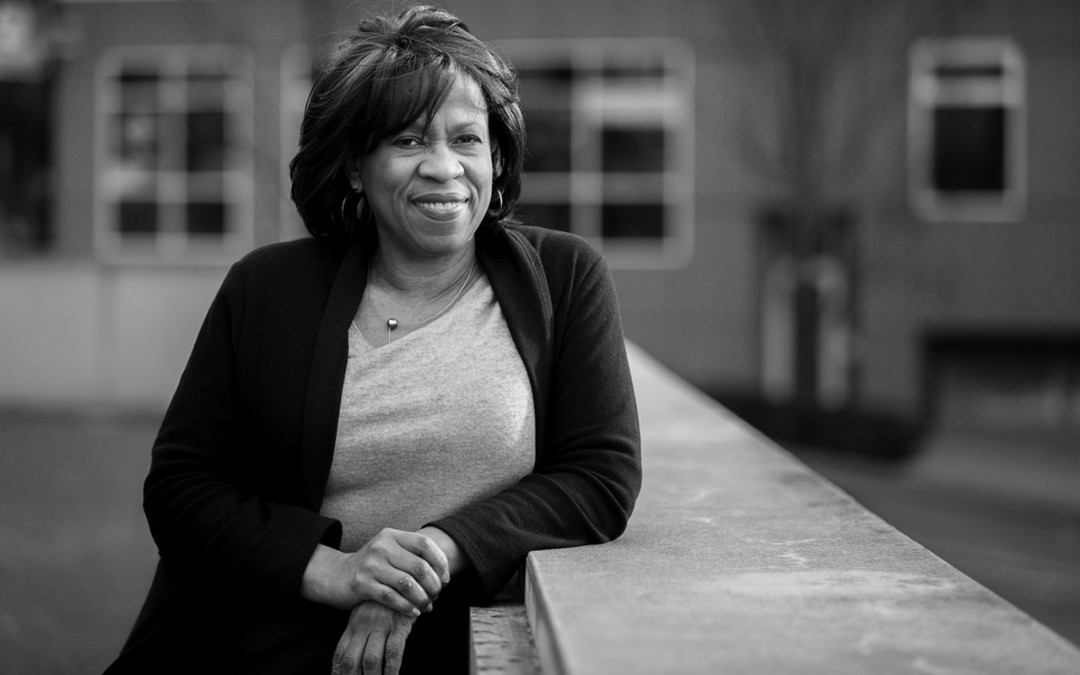 On a recent December evening, in a cozy corner of Ayutthaya Thai in Capitol Hill, Gail Pettis and I discussed her ascent from swing dancing orthodontist to one of the most sought-after jazz vocalists in the Pacific Northwest. As we snacked on crispy calamari, Pettis shared her approach to jazz and practice routine, recalled her two recent tours in Russia and her workshops with Vijay Iyer and Ledisi, and talked about her plans for early 2016.

Growing up in Gary, Indiana, Pettis never considered herself “the singer” of the family. Instead, she took an academic road trip of sorts, studying Orthodontics first in Ohio, then Nashville, then Harvard, before finally arriving in Memphis to teach and practice for 10 years. It was during this time that she attended a dental conference in Seattle and fell in love with the city.

When she finally picked up and moved to Seattle, she started dancing West Coast Swing, and dedicated much of her post-work hours improvising steps at the Seattle Swing Club, Elks Club, and various national conventions and workshops. It was only after an injury took her away from dance that Pettis rekindled her musical flame.

“I remember attending a jazz workshop at the EMP listening to Dee Daniels perform and feeling This is it! I approached her and she invited me to come up to Vancouver to talk with her about getting started in jazz. We talked and sang and I showed her something I was composing and she said, ‘You should definitely pursue this.’ I will always be grateful to Dee for her enthusiasm and the initial encouragement which set the tone for everything which was to follow.”

In addition to taking private lessons and classes from Seattle luminaries and visiting artists such as Darren Motamedy, Greta Matassa, Kelley Johnson, Rebecca Parris, and Mark Sherman, she has attended workshops, including one memorable trip to San Francisco where she met jazz/R&B singer Ledisi.

“She taught an improvisation workshop at the Jazzschool [now the California Jazz Conservatory],” Pettis recalled.

“We sat in a circle singing the blues and I just remember her walking around the whole time shouting, ‘No Rules! No Rules!’ Years later this image continually reminds me to cultivate a mindset of creative freedom.”

Since the last time Earshot caught up with Pettis, she’s gone on multiple tours to Russia, traveling to six cities in April and returning for the “White Night Swing” Jazz Festival in St. Petersburg in June. She admired the tremendous support for the arts in many of the cities, and the warm reception she received as a jazz singer.

“For them jazz is a unique and authentic experience that they are excited about it even before you sing the first note. It almost feels like an unfair advantage….I was joking with someone saying I could have just sung middle C, just because of their level of enthusiasm.”

This past August, she attended the Banff International Workshop for Jazz & Creative Music, under the direction of Vijay Iyer, that focused on creativity through free expression. There, she completed her first original song and had her first experience performing free jazz.

“The workshop was a radical experience, both personally and professionally and I’m sure I will be ‘unpacking’ and living the effects for the rest of my career,” she said. “It was a nice bonus to return to Seattle and be able to see several of the faculty advisers and workshop participants perform in the Earshot Jazz Festival – Josh Roseman, Tyshawn Sorey, Somi, Jeremy Corren to name a few. I’ve also discovered satisfying new collaborations at home, performing recently for the first time with Jovino Santos Neto and the Legacy Quartet, and am looking forward to performing for the first time with the Susan Pascal Quartet.”

Another collaboration Pettis is looking forward to is with Northwest gypsy jazz favorites Pearl Django. With a two-night run at Dimitriou’s Jazz Alley early in January, the vocalist is selecting and learning new material, a process that she says she’s really enjoying.

“I love creating something different from what each of us does separately,” she said. “This group is very open-minded and they encourage me to bring any type of music to the table. As a result, our repertoire ranges from material firmly rooted in the Hot Club style jazz tradition to our own interpretations of R&B tunes.”

This collaboration emphasizes exactly what drew Pettis to jazz in the first place.

“Jazz allows freedom that other genres may not,” she explained. “I think listeners may expect a certain degree of consistency when listening to other genres of music. I certainly remember attending live shows in my childhood and feeling disappointed because they didn’t even sound like the record!”

That spirit of experimentation can be found in her live performances.

“There’s a song on my May I Come In? CD which was recorded as a double-time samba but lately I’ve enjoyed substituting a slow 12/8 feel,” she said. “This seems to make the same song very different and maybe even suits the lyrics better than the up tempo treatment.”

Several orders of sticky rice later, I inquired about how she chooses her repertoire.

“What I listen to changes quite a bit, depending on my mood and purpose,” she said. “I’m fairly lyrics-driven when looking for new material. Even if a song has an engaging title or hook, I still look very carefully at the lyrics. If they resonate, that draws me in.”

Pettis, in turn, knows how to draw in her audiences with honest interpretations that reveal her attention to lyricism and masterful phrasing, making her a captivating storyteller. She opens the New Year at Jazz Alley and has already booked multiple performances across the West Coast, after which she plans to return to Russia.

Catch Gail at her upcoming shows:

← KUOW to Purchase KPLU Letter From the Director →