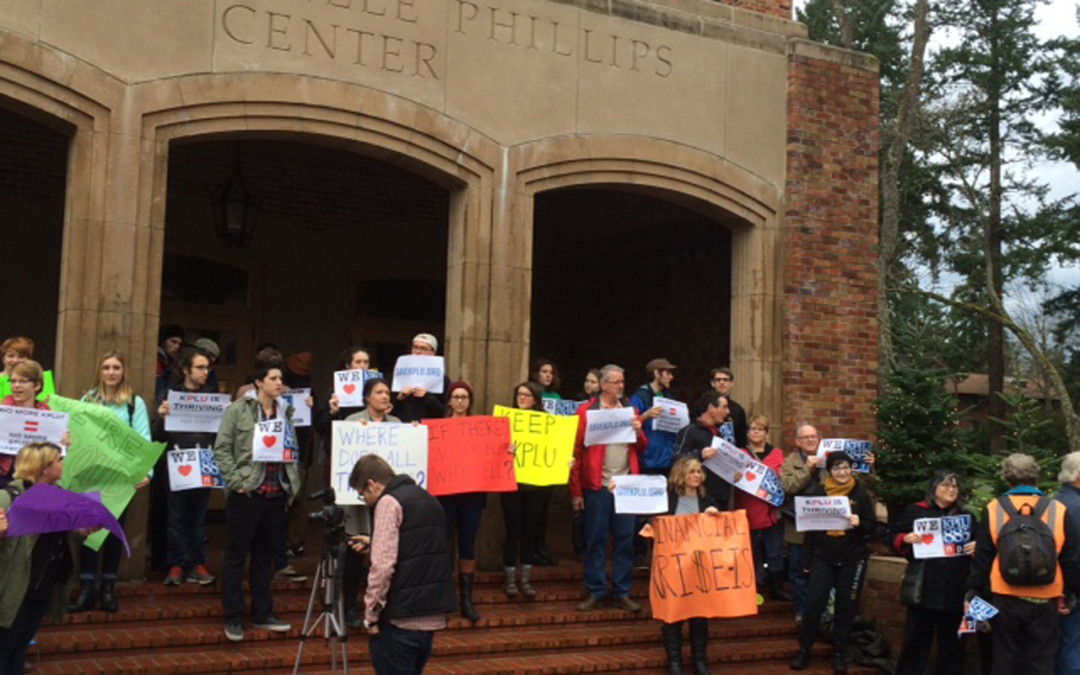 When the announcement went out in mid-November that KUOW (94.9 FM) was in the process of purchasing KPLU (88.5 FM), it sent shockwaves through a wide range of KPLU listeners as well as the jazz community.

KPLU has maintained a loyal listenership for its excellent local news reporting alongside its extensive jazz programming, and the announcement took many by surprise. Though there have been rumors about a merger with KUOW for years, the apparent secrecy with which the process unfolded left many KPLU loyalists feeling blindsided. There are a number of efforts under way on the part of committed KPLU listeners to try and hold off the transfer and find an alternative solution (see savekplu.org for an overview), but it will likely be a difficult process, and need to be executed on a short time scale.

In an era of intense media consolidation, the loss of a committed and experienced core of local news reporters is unquestionably a huge one. However, there is currently a great deal of duplication of programming between the two stations, which are both NPR affiliates. Both stations carry the nationally syndicated programs All Things Considered and Morning Edition among others, which results in about nine hours of overlap a day.

And for those listeners for whom KPLU’s jazz programming is the primary reason for tuning in, there is a tantalizing silver lining: KUOW’s stated plan for 88.5 (the new call letters are TBD) is to convert it to a 24-hour outlet for jazz.

If the transfer is successful, 88.5 would become one of a very small number of remaining full-time jazz stations in the country. That is obviously a big potential positive for the local (and national) jazz ecosystem, but the questions will quickly arise: What kind of jazz station? What styles of jazz? Will there be local music included? And who makes the decisions?

On these questions, there are some initially hopeful signs pointing to a sensible strategy. I spoke with local broadcast icon Jim Wilke (the originator and host of Jazz After Hours on Public Radio International from 1984-2014 and producer of Jazz Northwest for KPLU since 1988) about his impressions. Wilke was encouraged that KUOW had taken an early step in posting a survey to get input from the local community about what they would like to see in a revamped 88.5 (accessible at kuow.org).

“That indicates that they’re already thinking about how they would program that station…Conducting a local informal survey, a survey that is getting in front of the present KPLU listeners, is a very positive step.”

Wilke noted that the genre choices on the survey were not very forward-looking (choices included both ragtime and Dixieland, and nothing more recent than bebop), which conjures fears of an overly institutionalized notion of jazz. However, there are plenty of spaces for personal input, so presumably KUOW management will integrate the individual feedback they receive.

“KUOW is obviously thinking about ‘What sort of direction should we be going with this?’” said Wilke.

Another potentially positive indicator came from Caryn Mathes, General Manager of KUOW, who informed me that the station has hired Steve Williams of WBGO in Newark as a “transitional Program Director for 88.5” WBGO is one of the most successful and visible full-time jazz stations in the country (the station helps to produce the syndicated Jazz Night in America show, hosted by Christian McBride), and Williams has played a considerable role in their success. Williams has already asked for an increase in the initial budget for the new 88.5, and clearly has a deep understanding of the current jazz broadcasting landscape.

In addition to the online survey, which Mathes told me had received over 5,000 responses, KUOW is soliciting input from the Puget Sound jazz community (what she termed “jazz influentials”) in a series of local meetings and listening sessions, at which Williams will be present.

Mathes indicates the goal is to “take input from the community, jazz educators, people from venues … to figure out, how can we build on the best of the current KPLU and take it to the next level?”

A looming question is what happens to the tremendous wealth of talent, experience, and local knowledge in the current KPLU jazz programming corps, figures such as Wilke, Abe Beeson, Dick Stein, and the many others who have given so much to our local jazz ecosystem. It would seemingly make obvious sense to shift them over to the new 88.5, but the path is not a straightforward one: Since KUOW is licensed by the University of Washington which is a State Employer, all positions have to be publicly posted. In essence, they could all be rehired, but nothing is a given. Mathes said KUOW can’t post the new positions until they receive FCC approval for the deal, so 88.5 may have to hire music talent staff on an interim contractual basis.

There are many other remaining questions, such as the fate of KPLU’s Jazz24.org streaming service, and the timing and rollout should the deal receive FCC approval. Jazz fans should stay tuned and keep involved in the coming weeks and months – the future may be in your hands.