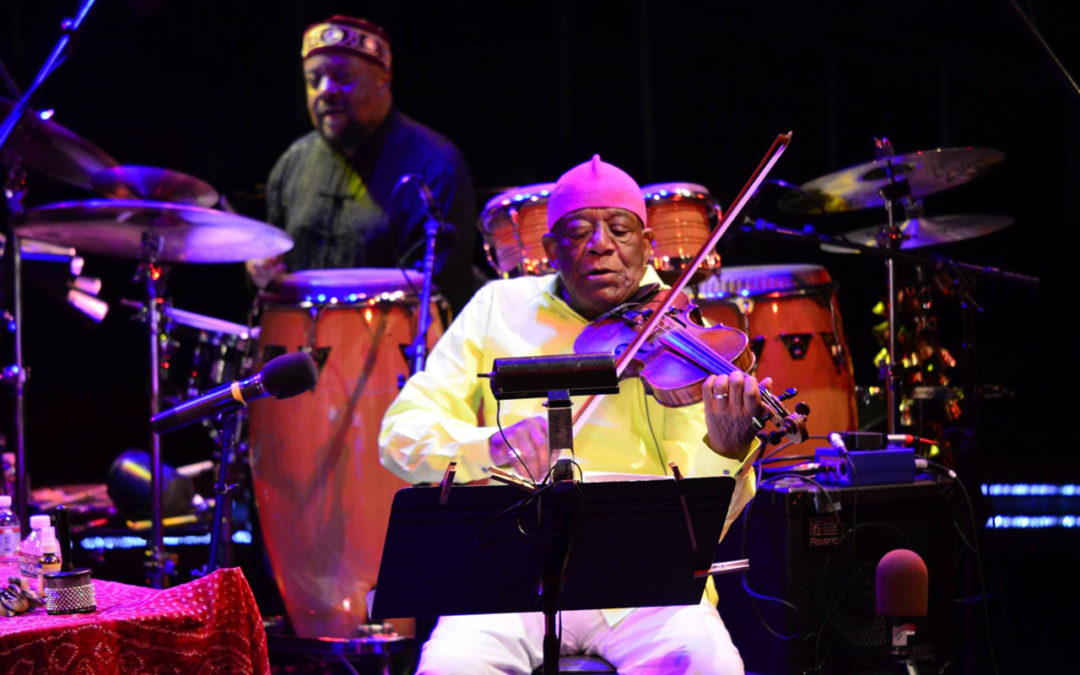 Michael White was a consummate artist, an absolute individualist, and a very kind soul. While he lived here in Seattle as a faculty member at Cornish College, he served as an important mentor and guiding light, both as an educator and performing artist. We were fortunate to work with Michael as part of the Living Spirit Band – with Hadley Caliman, Rickey Kelley, Phil Sparks, and Larry Jones – that served as the house band for Earshot’s weekly series at Dimitriou’s Jazz Alley for six years in the 1990s.
–John Gilbreath

Bassist Carmen Rothwell, a University of Washington grad and Seattle native, who recently moved to New York City, was featured in Paste Magazine last month as one of “10 Women Instrumentalists Who Redefine Jazz.” Joining the ranks of Lil Hardin Armstrong, Alice Coltrane, Mary Lou Williams, and others, Rothwell was highlighted for her “compositional and improvisation work [that] pushes the envelope, especially focusing on timbral improvisation, extended techniques, and other unorthodox, undiscovered ways of looking at sound and the acoustic bass.” Read the full article at pastemagazine.com.

Jazz Night School is moving into a new facility in January at 5415 Rainier Avenue South, Seattle. The new space will have five rehearsal rooms, one large enough for big bands to rehearse and small ensembles to hold performances. Jazz Night School is currently conducting a capital campaign to raise $250,000 to cover building costs at the new location.

Founded in 2009, Jazz Night School is a non-profit offering jazz instruction for all ages, skill levels, and means. Learn more about Jazz Night School, sign up for classes, or make a contribution, at jazznightschool.org.

Jazz NW January schedule: January 1, Year In Review, some of the best CDs from the Northwest; January 8, Nancy King & Steve Christofferson in a home concert; January 15, preview of the PDX Jazz Festival (Feb. 16-26); January 22, LineUp! with Dawn Clement & Mark Taylor from the Art of Jazz at SAM; January 29, TBA.