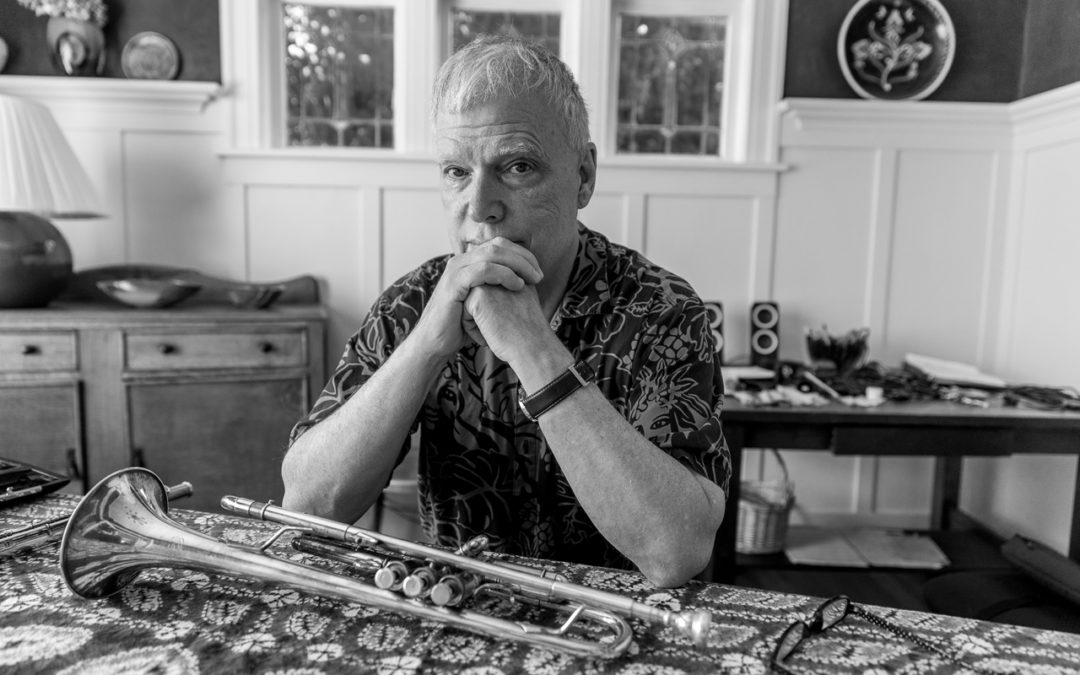 It’s hard to name a musician who might more aptly fill the role of “artist in residence” at this year’s Earshot Jazz Festival than multi-instrumentalist Jay Thomas. One of the few remaining links between our city’s storied jazz past and its promising present, the 69-year-old trumpet and reed player has enjoyed a mostly local career that spans six decades. That includes, among other highlights, ‘60s jam sessions at the Central District’s Black and Tan and the U-District’s Queequeg and Llahngaelhyn; a DownBeat “Talent Deserving Wider Recognition” award when he was 17; stints with Machito, in New York, and with Harold Land and George Cables at the old Pioneer Square club, Parnell’s; recordings with James Moody and Cedar Walton; a founding member of Jim Knapp’s Composers and Improvisors Orchestra in the ‘80s and the Seattle Repertory Jazz Orchestra in the ‘90s; touring and recording in England with Slim Gaillard; coaching students at Garfield High School and the University of Washington; and forging collaborations with a steady stream of first-rate Japanese musicians, five of whom join Thomas at this year’s festival.

Thomas met tenor saxophonist Yasuhiro Kohama in Japan in 1997 and since then has flown to Japan 44 times, with a 45th trip scheduled for the end of October. Previous editions of the Earshot Jazz Festival have showcased Thomas and Kohama in the Japan-based CUG (Continued in the Underground) Jazz Orchestra as well as the smaller group, East West Alliance (EWA). This year, EWA features two new faces: piano tyro Yuki Hirate, featured on Thomas’ and Michael Van Bebber’s album, The Promise, and the reedy, expressive vocalist Maya Hatch, a Roosevelt High School grad who enjoys a successful career in Japan. The band is rounded out by gritty tenor saxophonist (and CUG big band leader) Kohama, fleet alto sax man Atsushi Ikeda, explosive drummer Daisuke Kurata, and Seattle bassist, Phil Sparks, who has toured Japan often with Thomas. If you want a sneak preview of East West Alliance (EWA), check out the album Band of Brothers (CUG Records); for Hatch, try tracks with the CUG. Jazz Orchestra on Old and New Dreams and Twenty Five and Counting!

Thomas’ collaboration with Kohama began serendipitously in Nagoya, about 200 miles southwest of Tokyo. Sitting in the living room of the cozy Wallingford home where he and his wife, vocalist Becca Duran, have lived since the early ‘90s, Jay recalls their first meeting in a roundabout manner that is classic Thomas.

“It was a complete accident,” he begins. “I was doing a lot of vintage horn dealing and I wanted to get a really good flute. I had played several Japanese made flutes and they were killer dillers. There were waiting lists for Haynes and Powells (quality American flutes) and they were very expensive, so I thought, ‘Wow, if I’m going to Japan, I should get one of these flutes.’ I found this one music store that had all kinds of high-end flutes. I was doing a lot of vintage horn dealing at the time, and I had this Otto Link tenor (saxophone) mouthpiece and I showed it to the guy at the store and his eyes lit up. He sent for Kohama, who was teaching upstairs. He slaps the mouthpiece on his horn and immediately I can see he is a jazz player, he’s got a jazz sound, he’s playing jazz licks. I also had a little one sheet (promotional biography) and Kohama looked at it and went, ‘Oh, Cedar Walton. James Moody. I’d like to play with you.’ He gives me a card that says ‘Star Eyes Wednesday night.’ Our gig got done at the Nagoya Castle Hotel at 9 o’clock, so we go to Star Eyes. It was one of those clubs that has a nice sound for a horn, all wood, just live enough, and warm. Kohama runs up to me and goes, ‘You play now.’ The tune was ‘Lover Man.’ I’ve been knowing ‘Lover Man’ since (Seattle trombonist) Dick Thorlakson showed it to me in high school, so I played ‘Lover Man’ and it was one of those magic times, where everything fell in place. I couldn’t do anything wrong. That was the beginning of a hang that lasted the rest of our gig over there.”

And the flute? The mouthpiece? “Oh,” says Thomas, smiling, as if amused by his own circuitousness. “My son, Miles, was coming over, and I had him bring a Mark VI (Selmer) tenor. They were very expensive there. So I basically traded straight across for a flute. I sold the Otto Link mouthpiece to somebody else.” OK, got it.

Jay Thomas has a thousand stories like this and they are the stuff of the jazz life, which he has lived to the fullest—sometimes for better, sometimes worse.

From the “worse” side came drug addiction, which Thomas succumbed to in New York in the late ‘60s and which impeded his career until 1985, when he left it all behind, for good. On the better side is the fact that for Thomas, the life of a musician isn’t just about playing the high art of jazz, it’s about working.

“It was a different time, before there became kind of a divide even in the jazz community between somebody that could play a goddam wedding and somebody who couldn’t,” says Thomas. “A wedding was something where you had to be familiar with R&B. All those Blue Note guys, like Stanley Turrentine, they could do that. There’s a folk element to this music.”

That “folk element,” that ability to spin out a melody in a big, pure tone, and give a bluesy, soulful twist to a lick that makes you feel good all over—to actually speak to an audience—is what keeps listeners coming back to hear Thomas, year after year. It will be a pleasure to hear that sound again in October, whether it’s with the East West Jazz Alliance, the Seattle Repertory Jazz Orchestra or sitting in with the Roosevelt High School Jazz Band.