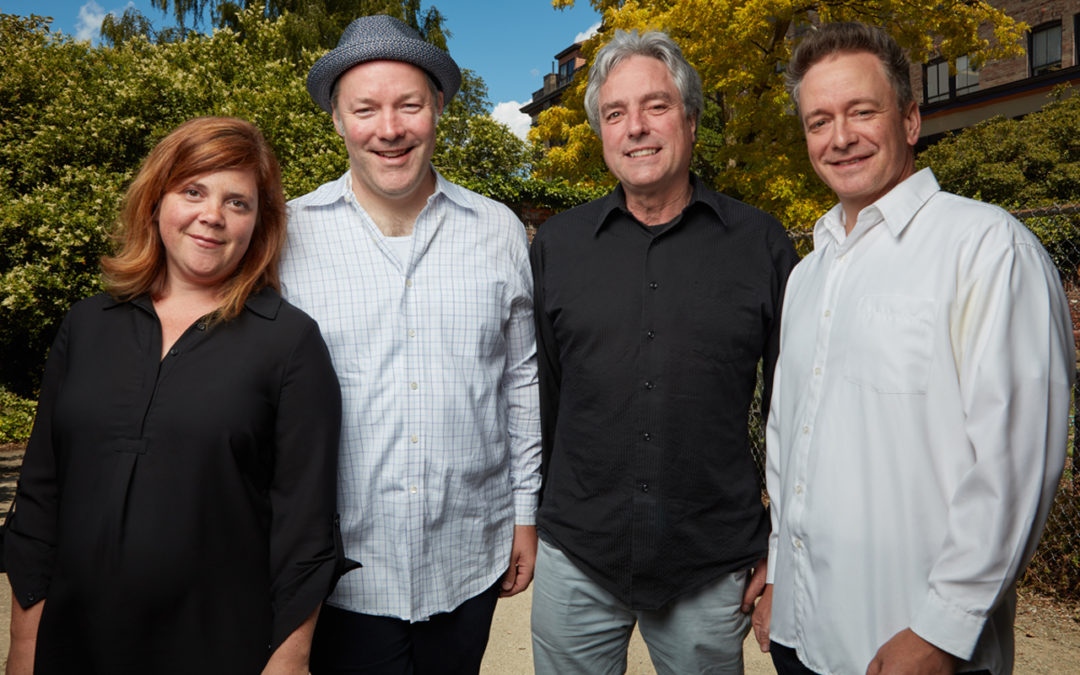 Welcome to the 2016 edition of Earshot’s juried series, Jazz: The Second Century. Early in June, a listening panel of four convened to review the artist entries and engage in the difficult but rewarding task of selecting ensembles for this year’s series. Earshot Jazz thanks all the unique and enterprising musicians who submitted their work for consideration.

This series – presenting Seattle artists, selected by a peer panel, performing original work in a concert setting – is a continuation of the very first programming initiative of the Earshot Jazz organization, and embodies one of our core values. Earshot’s first concert series, New Jazz/New City, was mounted in the New City Theater, now the Richard Hugo House, on Capitol Hill in 1986. The series has continued each year since: as New Jazz/New City, the Earshot Spring Series, Voice and Vision, and now Jazz: The Second Century.

From the core of this series – a question about the expansion of conventions of jazz – one might expect a tendency to grandiose re-invention. Instead, the series is a current, subtle, perhaps refreshing, un-sentimental look at our Emerald City’s engagement with this diffuse, vibrant art form.

Thanks again to our panelists, who helped curate these concerts, and to audience members who support them.

Inversion Therapy
Inversion Therapy is a group of four Seattle-based improvisers with a long history of collaboration. On saxophone are two Seattle natives: Stuart MacDonald, an active performer and teacher throughout the Pacific Northwest, and Mark Taylor, one of the most in-demand saxophonists in the region. Pianist Dawn Clement, 2015 Northwest Instrumentalist of the Year, and bassist Chris Symer are both frequent performers on the Seattle jazz scene.

Through their music they explore the meaning of family, friendship, and the artist’s place in society in the Second Century of jazz. Their music is an expression of collective feelings and experiences, engaging the listener on an emotional level. It is almost entirely improvised, without any written material. The result is a program of freely improvised miniatures, each with their own encapsulated musical ideas relating to the work as a whole.

Gregg Belisle- Chi
Since participating in the 2014 Second Century series, winning a 2015 Golden Ear Award for his debut album Tenebrae, and recently earning his Masters from the UW School of Music, guitarist/composer Gregg Belisle- Chi has become one of the most exciting young musicians in the region. His latest project, entitled “I Sang to You and the Moon,” is a song cycle of six poems by the American poet Carl Sandburg, and features Chelsea Crabtree on vocals, Ray Larsen on trumpet, and Carmen Rothwell on bass. This project is Belisle- Chi’s attempt to demonstrate the intrinsic relationship between music and lyric.

“It was my intention to write a set of music in line with the art song tradition, where poetry and improvised music intersect and collaborate, yet mutually stand on their own,” he says.

The Arsonists
It all began in 2012, when four friends from Seattle – drummer Max Holmberg, bassist Mat Muntz, pianist Julian Garvue, and tenor saxophonist Xavier Del Castillo – collided with alto saxophonist Patrick Bartley, from Fort Lauderdale. A deep connection within the newly founded quintet was immediately apparent; the band set off on a musical crusade to reintroduce authentic spirit and ecstatic transcendence into their artistic community. This cause is aided by an eclectic mix of sounds and styles, from neo-Caribbean dancehall beats and pseudo-Eurasian melodic exotica to passionate post-jazz wailing and down-home funk-metal grooves. The unified sound emerging from these disparate influences is at once idiosyncratic, organic, and powerful.

OverPlay w/ Sister Nader
Tenor saxophonist Jeremy Shaskus and drummer Randy Doak have teamed up to explore the art of the duo. Drawing on influences from jazz icons including John Coltrane, Sun Ra, and Sonny Rollins to more contemporary artists such as Joe Lovano and even local saxophonist Neil Welch, OverPlay demonstrates versatility in each of their compositions. Whether it’s the use of multi-phonics on a track dedicated (kind of) to Hemingway or classic medley arrangements the duo emphasizes imagination in their explorations of sound.

Shaskus and Doak invite avant artist Sister Nader, on clarinet, for their performance. While the sax-drum duo is the core sound of OverPlay, the addition of the guest, says Shaskus, is to add a bit of a theatrical element, seldom seen in today’s jazz.

ACMD
ACMD is a collaboration between two composers, saxophonist Ivan Arteaga and digital artist Marcin Pączkowski, with an expanded lineup for live performances to include Greg Sinibaldi on baritone sax and dancer Mariah Davis. This project explores a new and vibrant medium for interaction between movement and sound through the use of electronic music and computer sensors. Arteaga and Sinibaldi bring their jazz and improvising backgrounds into a world of electronic sounds (by way of Pączkowski) and movement for a unique multi-disciplinary approach that celebrates the exploratory and inventive spirit of the art form.

Hunter Gather
Rather than mining the jazz lineage for ways of updating the preexisting tradition, Hunter Gather tries to harness the ethos of how the jazz tradition came into being in the first place. Led by saxophonist/composer Levi Gillis, with Ronan Delisle on electric guitar, Cameron Sharif on keyboard, and Evan Woodle on drums, the group takes aspects of contemporary music and weaves them into arrangements that leave space for improvisation and spontaneous interplay. Drawing from a myriad of genres, including post- and indie rock, Americana, and Afro-Caribbean, Hunter Gather’s music is emotionally captivating, relevant, and universal.

A Consecutive Sequence
A Consecutive Sequence is a duo on a quest for authenticity, innovation, and connection – a connection with jazz’s history and culture, with audiences, and with the music itself. Comprised of Bryan Lineberry (saxophone) and Dio Jean-Baptiste (drums), the group draws on influences of EDM, hardcore punk, hip-hop, and even heavy metal to craft a visceral, powerful sound.

“With the greatest access ever in history to the vast catalogue of music,” says Lineberry, “it becomes easier for musicians to gravitate towards new territories to be influenced by.” And it’s their ever-expanding draw of influences, reverence of the art form, and dedication that positions A Consecutive Sequence to be a reflection of what is happening in the second century of jazz.

Hound Dog Taylor’s Hand
Hound Dog Taylor’s Hand is Jeffery Taylor (guitar), John Seman (contrabass), and Mark Ostrowski (drums), a trio that has been performing together for more than five years. Taking its name from the six-fingered blues slide guitarist, the group creates spontaneous compositions rooted in the language of the blues and free jazz. Taylor weaves guitar improvisations like themes through a sermon, fanning the flames of long-time Monktail rhythm section of Seman and Ostrowski. Reverence for the roots of improvised music meets an unbridled passion to push boundaries, making for a propulsive and unpredictable sound.