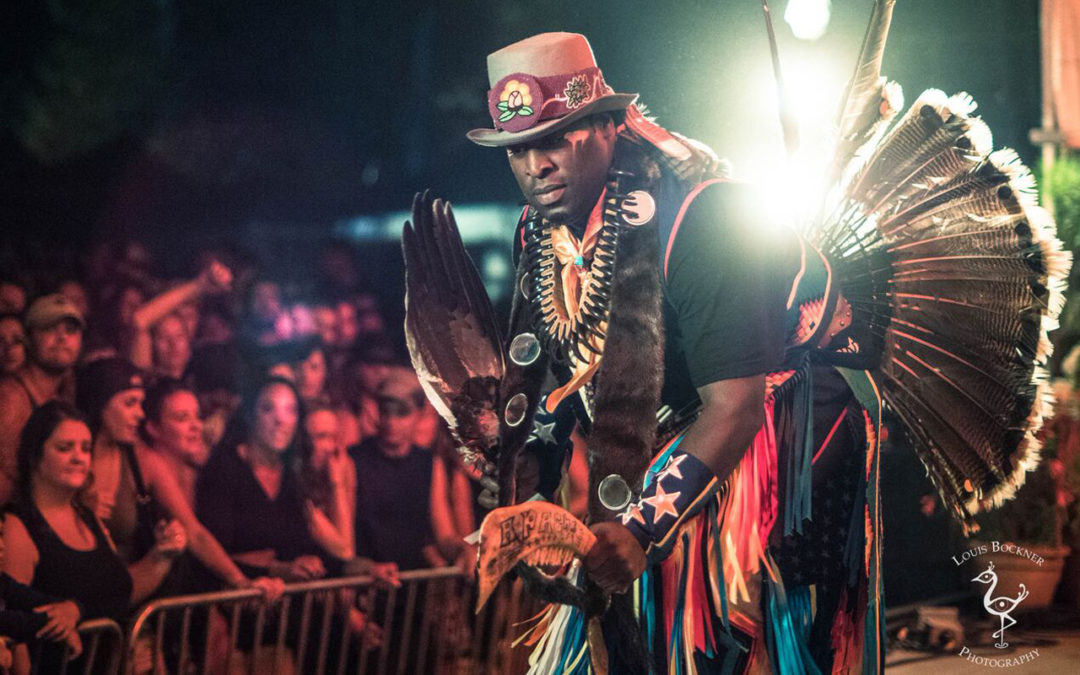 The Road That Leads to Kaslo

The preferable route from Seattle to the rejuvenating and friendly town of Kaslo, B.C. will take you through Ellensburg and Spokane, leading you another 120 miles north of the U.S. border into the region of the Kootenay Rockies. Winding rural roads feature the occasional bridge amidst powerful snow-capped scenery and glassy waters. Frequent regional buses trace the route, averaging a public transport rider an hour and a half between northern Kaslo and its “Queen City,” Nelson, a semi-Victorian, bohemian lake town nestled in the Selkirk Mountains of southeast British Columbia, a half hour from the border.

The golden ticket that got me up to Kaslo– and its locally beloved summer jazz festival this August– was actually in the form of an unexpected raffle win a half year earlier during a winter trip to Nelson and the neighboring Whitewater Ski Resort. During my December quest, my partner Sarah Russell and I stayed at The Hume Hotel, our destination city’s antique heart opened in 1898. Its grandiose ground level doors lead to multiple eateries and bars attached directly to the historic inn, including the Library Lounge playing nightly live jazz, Mike’s Irish Pub, and the basement club Spiritbar.

Our first night there, a traveling couple from Montana clued us in that local electronica blues duo Moontricks were booked for a show underground. We went out to Spiritbar to catch the music, in part due to the logic that we’d be kept awake from the bass permeating our room anyways.

Before doors opened, the line zigzagged down concrete steps in heavy snow leading into the den. Towards the back of the herd, Sarah and I had almost counted out our chances of entry, before– and I wouldn’t lie to you– we were the very last two people to be allowed inside the sold concert. The show doubled as a local benefit and food drive: for every dollar donated you were given a raffle ticket.

Between Moontricks’ applauded finale songs, an announcer took the stage to read off raffle winners: the grand prize, an all-weekend general admissions ticket to the Kaslo Jazz Festival scheduled for August 2017. By now, you may have already deducted that Sarah’s ticket number was called; the good fortune of the night seemed almost to have led up to it.

“I’ve never won anything before,” she jumped, her streak broken in this lucky drawing. There never seemed to be a question about it afterwards; we would make the drive back up to the region that following summer for Kaslo Jazz festival, the festival I have recently returned from with a recollection of vivid Kootenay culture.

Now crossing the quarter century mark, the well-established Kaslo Jazz Etc. Festival is well recognized as one of the most beautiful destination music events in British Columbia. This year was no different; in fact, it was the biggest and best yet, says Director Paul Hinrichs of the sold-out event.

The all-ages festival reps a fantastic array of local food trucks and pop-up shops, a cool beer garden, a beach for a dance floor, and a docked lakeside stage behind which the     finale night saw a full moon rise above Mt. Loki’s stunning silhouette.

Once in Kaslo, the all-ages summer festival reps a fantastic array of local food trucks and pop-up shops, a cool beer garden, a beach for a dance floor, and a docked lakeside stage behind which the finale night saw a full moon rise above Mt. Loki’s stunning silhouette.

Celebrating the diversity of the 6,000 attendee festival, the directors infuse their one-size-fits-all weekend with a diverse lineup of jazz, blues, funk, rock, folk, world music, “etc.,” from the region and beyond.

One of the festival’s biggest gets this year was New Orleans-based Preservation Hall Jazz Band, who played their rapturous encore while marching through a dancing audience on the sandy shore. That was this year’s highlight for Hinrichs, who describes watching them play at his festival as “a life-affirming moment” (Nelson Star).

A substantial makeup of the audience was off-shift volunteers, the festival staff boasting nearly 400 helpers. Shawna, a volunteer I talked to, briefed me on how she came to volunteer: she’d just moved here from southern city Castlegar and was trying to plug into the town that she now calls home.

“I’ve never had this type of community. You go to the dairy store and have a ten-minute conversation with a stranger,” she said of her experience settling into the 1,000-resident town. As for her volunteer slot at the festival, she said, “I’m having a great time; the kids are kept busy, and I can read my book.”

While a hefty majority of attendees were local “Koots,” several folks had made even greater trips than ours across the states to be at the annual B.C. event. Festivalgoer Shivaun Perez has been a staple attendee at the festival for the last 16 of the 25 total years of the festival. The Venezuelan-born Texan makes the annual exodus from Austin, this year even bringing her horses on the drive with her.

“I’m a music appreciator and festivals are a great place to regenerate,” says Perez.

For new Australian friends and current Nelson residents Analise Denney and Tom Rice, their first trip to Kaslo Jazz Fest was part of a larger journey to Banff, an additional six-hour drive north. Their weekend tickets were purchased upon appreciating the well-rounded roundup of local talent.

We flocked with the majority to the Friday finale of three native producers from Ottawa, cleverly calling themselves A Tribe Called Red. ATCR’s inventive mix of hip-hop, electronic technique, and samples from aboriginal Canadian culture creates the sort of music one would think of if describing the contemporary evolution of the pow wow. Long-listed for the Polaris Music Prize for their newest album, the boys are gaining a global audience for their energetic sets that uniquely weave powwow melodies through danceable drumming.

The conclusion of the night led to a leisurely walk back to the Southbeach campground around the bend of the venue’s shore. Spills of happy concertgoers took the same path, some continuing into the cracks of Kaslo town for the Jazz Fest sponsored after-party.

Saturday events opened early with local acts, and later Fred Penner entertaining families in the heat of the afternoon. Dope Soda, a fresh concoction of six top jazz, rock, and reggae-inspired musicians from Vancouver Island, serenaded swimmers and paddle boarders who were reprieved of the forest fire smoke for the day.

Jazz lovers rejoiced for the anticipated sounds of Preservation Hall Jazz Band playing that night. Undeniably, the New Orleans collective were in their own league, producing the tightest tunes of the three days. Dressing the role, the cats donned a mismatch of fedoras, ties, button downs, and sunglasses past sunset.

True to their New Orleans and Afro-Cuban roots, the group bounced between percussion vessels—multiple tambourines and a drumline bass drum—and played a full assortment of tuned brass. Keyboardist Kyle Roussel sported an electric tone to his Roland, interestingly mistakable for the glides of a classic Gibson.

Son of co-founders Allan and Sandra Jaffe, bandleader Ben Jaffe (bass, tuba) made a huge impression on the elated crowd. He said, “With that backdrop it’s hard not to feel sexy.”

He thanked the crowd for being there and bringing their kids: “That’s the best part, some of those kids dancing out there!”

Roussel added, “We want to thank all the kids for dragging their parents out here too.” Just having played Coachella and Bonnaroo this year, the New Orleans legends more than left their mark during their only Western Canadian date this year.

Next to the huge talents of PHJB, the four young stars of BadBadNotGood put on a comparably impressive Sunday night show. BBNG has toured the globe with content from their beloved 2014 record of brash yet refined angular jazz improvisations, lush ballads, krautrock, and futuristic hip-hop tinged rhythms and collaborated with some of the most innovative artists working today.

Earlier that day, folks trekked in early for the Canadian swing duo Blue Moon Marquee, preceding the family-friendly return of the versatile crossover duo Moontricks. Following BadBadNotGood’s memorable set, Canadian vocal soulstress Erica Dee proved she had the chops to lead a band of her own after years of supporting and touring with artists such as Mos Def, Questlove, and Beats Antique.

The Kaslo Jazz Etc. Festival is, simply put, at the top of its game as far as big small festivals go. Killer artists and perfect setting aside, it would lack its magic if it weren’t for the unbelievably pleasant locals, cool young families, and relaxed campers that support it—and welcome newcomers—year on end.