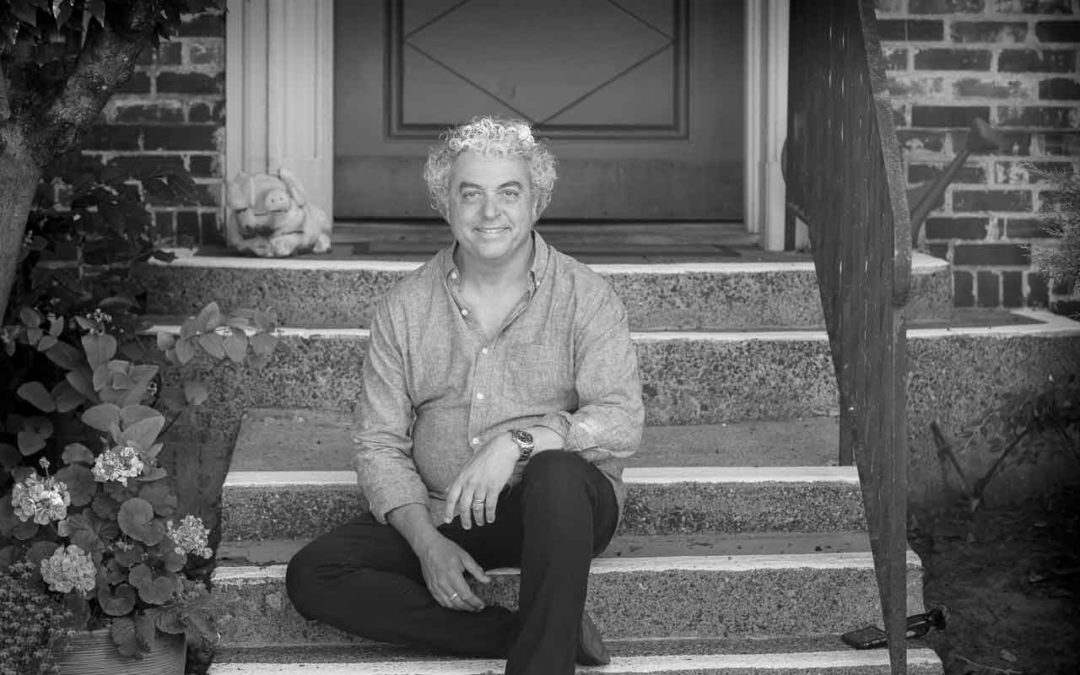 For the past 25 years, Seattle has embraced the music of pianist, composer, and educator Jovino Santos Neto. Whether it is through an association as a student at Cornish College of the Arts, or as a fortunate attendee at one of his sensational performances, Santos Neto has touched the lives of many in this community. He is, in a true sense, one of ours. Seattle is home, but the journey of the pianist and his family from Brazil to Seattle is the story that lives inside the music, a sound of the shared experiences of his life, and the many gifts he received from Brazilian master musician/composer Hermeto Pascoal.

Santos Neto has been designated resident artist for the upcoming 2018 Earshot Jazz Festival, a recognition he receives with great humility.

“I feel very honored and extremely appreciative,” he says. “This year is 25 years since I arrived in Seattle from Brazil with my family. It’s a nice milepost, a nice way to mark that.”

He was fully engaged the moment he arrived in Seattle on a student visa, ironically interviewed as a student by Chuck Deardorf at Cornish. That would lead to a musical association and friendship that remains strong today. With Deardorf on bass, Mark Ivester on drums, multi-reedist Hans Teuber, percussionist Jeff Busch and vibraphonist Ben Thomas, the Jovino Santos Neto Quinteto is the perfect vehicle to express his sound.

“Since I arrived, I’ve hit the ground running musically. The moment I got here, the guys that play with me today, my band, I began playing with maybe a month after I arrived,” he says. “Chuck and Mark, then Jeff came after that, and Ben a couple years after. That was really beautiful in that we’re still great friends and enjoy playing music together,” he states enthusiastically.

The canvas becomes prominently larger for his festival outing at Seattle Art Museum, where he will perform original compositions for big band, an 18-piece ensemble that contains his Quinteto within.

“That’s something I’ve never done in Seattle. I’ve done it pretty much all over the world,” Santos Neto says thoughtfully. He adds “I’ve been working with big bands since 1986, with Hermeto Pascoal, from whom I learned to write for big band.”

He cites his time at Cornish under Jim Knapp as being groundbreaking in terms of scoring and structure. He taught him how to put it in a way that is simple for musicians to read. “Since then, I’ve done a lot more large ensemble work, both with Hermeto’s big band and my own,” he says. Festival patrons will, at last, be able to witness this new aspect of his musical persona here in Seattle.

Long before journeying to Seattle with his family in 1993, Santos Neto studied in Montreal, still searching for not only his musical identity, but his path in life itself. Montreal gave him the opportunity to meet and play with jazz musicians. When he graduated in 1977 he returned to Brazil fully intending to enter a master’s program and become a researcher living in the Amazon working with primates. Then he met Hermeto Pascoal, and his life took a serious detour.

He recalls: “I met Hermeto Pascoal at his house. We shared a little music and suddenly he said, ‘I’ve got a gig this Friday. Can you read?’ I said ‘Yeah.’ It was bullshit. I mostly just played by ear. So he put a chart in front of me and I made a complete fool of myself. He laughed and said, ‘You come back tomorrow. We’re gonna work a little bit.’ That turned out to be 15 years.”

While many in the music community struggle with genre designation in today’s music, Santos Neto’s tutelage under Pascoal focused more on the identification of one’s own unique sound. Pascoal didn’t own a record player. A young Santos Neto once excitedly played a new Keith Jarrett record for him, passionate about the new musical worlds unfolding before him. Pascoal’s advice was to simply sell his record player and listen to himself, to the sounds around him. This says a lot about his current style of playing and composing. Santos Neto himself cannot define his sound other than the fact that it is his own.

“I leave that up to others. If I started to describe my sound, I would almost feel an obligation to sound how I described. I learned that from Hermeto,” says the ebullient pianist. “I don’t see music as being genre-less, but more as genre inclusive. I’m not denying the existence of the genres. You don’t try to dissolve the barriers. In my mind, there are no barriers. Music has languages. There is no such thing as musical Esperanto. You have to know the languages very well, so if you need to express yourself in the grammar and syntax of that language, you can do it convincingly,” he adds.

The arrival in Seattle of Santos Neto and his family is also tied to Pascoal, with his tour featuring him on piano passing through Seattle and Victoria, first stopping to perform in Ballard.

“It’s one of those things, that 28 years later, I still cannot explain. We toured all over the country in 1990. We started in Miami, to New York, we played all over. It was an extensive tour. We played a gig in Seattle at the Backstage in Ballard, and we hung out with some people from there. The next gig was in Victoria. On the ferry, I just looked around at the water and the islands and thought it was so beautiful. I remember thinking that I could live in this place,” he says. “It hit me in a place where still today I cannot say objectively why.”

It is his musical relationship with his Quinteto that touches us most often in Seattle. Bassist Chuck Deardorf has for 40 years played with the best of the best here and abroad. Santos Neto understands his good fortune in having this wonderful friendship through music with him.

“He is so deep into the music, his experience is so good, and because we’re good personal friends, he’s the kind of guy I don’t have to worry about, I don’t have to prove anything to him. When we play together, there’s a sense of telepathy. One of the things I love when I play with Chuck, is when I remove my left hand from the equation, and let him be my left hand. So basically we’re having this amazing conversation, between my right hand and his bass, and all the spaces are being filled,” he says. “That’s one of the biggest pleasures I have in playing music.”

The music of Jovino Santos Neto is like a current, like a river of white water that flows into a green blue calm. His music is the sound all around us, that which never refrains. We are fortunate here in Seattle that he can immerse himself in that from time to time to direct the flow into beautiful places.

← In Memoriam: Bud Young and Ken Pickering Letter from the Director →