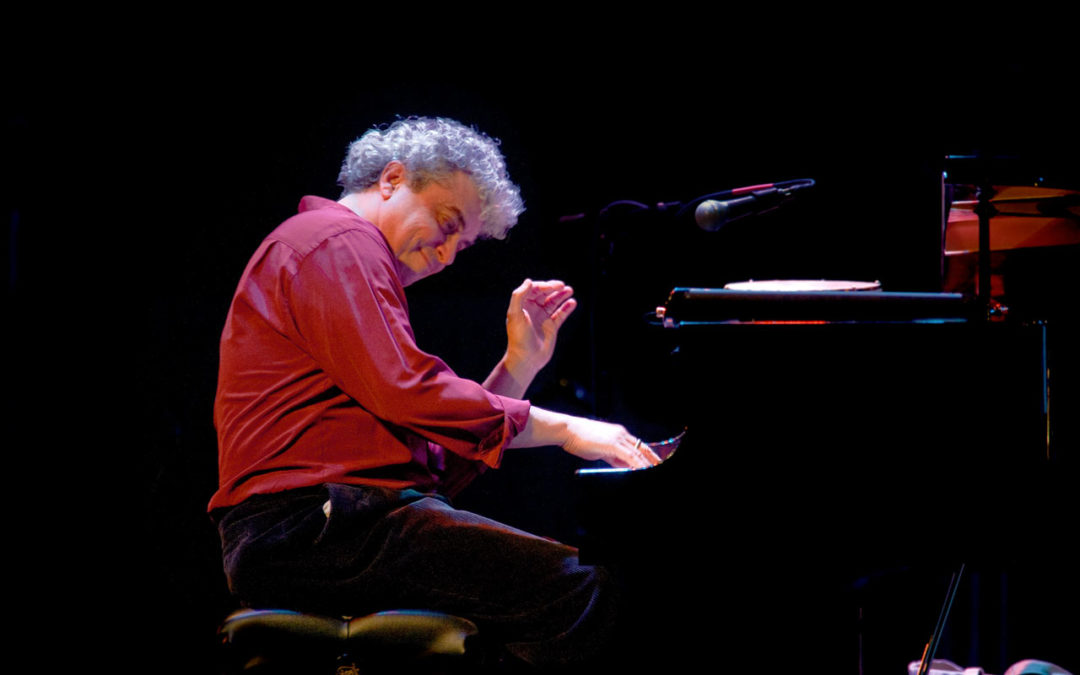 In the 25 years since his arrival in Seattle from his native Brazil, Jovino Santos Neto has captivated Northwest audiences with his compositional flair and instrumental dynamism. The pianist/composer has been chosen as the Resident Artist at this year’s festival.

“I feel very honored and extremely appreciative,” he says. “This year is 25 years since I arrived in Seattle from Brazil with my family. It’s a nice milepost.”

For this performance, Santos Neto debuts his talents as a big band composer, with his longtime quintet serving as the core members of the band. In a very real and full sense, he will put on display his varied musical skills that have been honed to a fine point since his days of studying and performing with Brazilian legend, Hermeto Pascoal, from whom he learned to write for big band.

“That’s something I’ve never done in Seattle. I’ve done it pretty much all over the world,” Santos Neto says. “I’ve been working with big bands since 1986, with Hermeto.”

At the epicenter of this musical icon’s  activities has been his Quinteto; he has performed with its four stellar members since first arriving in Seattle.

“Since I arrived, I’ve hit the ground running musically. The moment I got here, the guys that play with me today, my band, I began playing with maybe a month after I arrived,” he says. “Chuck (Deardorf) and Mark (Ivester), then Jeff (Busch) came after that, and Ben (Thomas) a couple years after. That was really beautiful in that we’re still great friends and enjoy playing music together.”

Santos Neto cites the influence of Jim Knapp as essential in his progression as a large ensemble composer and performer. It was the next logical step after his time with Pascoal. “Since then, I’ve done a lot more large ensemble work, both with Hermeto’s big band and my own,” he says. Festival patrons will at last be able to witness this aspect of his musical persona here in Seattle.