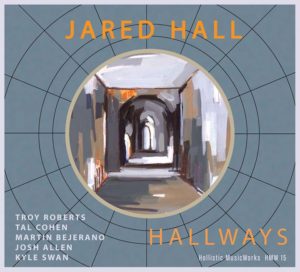 Originally from Spokane, trumpeter Jared Hall completed a Masters in Jazz Studies at Indiana University under David Baker and a Doctorate of Musical Arts in Jazz Performance at the University of Miami under Brian Lynch. Lynch endorsed his student by co-producing Hallways, Hall’s first recording as a leader.

The program includes some odd meters – “Wanderer” in 11, “Allure” switches from straight 4 to a triplet feel in 15. Hall nods to tradition with a new melody to “Just Friends” called “Love, Laugh, and Cry.” The penultimate track is a blues titled “Tones for Jones.” “Brother Spiro” captures Hall’s most joyous swinging while “Visions and Dreams” sounds like the most organic writing from Hall’s pen. The band floats comfortably across barlines, clearly agreeing on the downbeat without obvious emphasis. Seattle is lucky to have a well-schooled talent like Jared Hall on the scene. 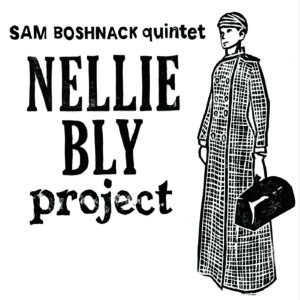 Fresh, smart, and bold describe Samantha Boshnack’s Nellie Bly Project. Inspired by the pioneer female American reporter from the late 1800s, Boshnack weaves significant quotes by the journalist into a shifting musical tapestry. Bly (aka Elizabeth Cochran) defined a true woman as “innocent, unaffected, and frank.” While Boshnack’s sound embodies more life experience than what could be described as innocent, listeners will hear an unaffected and frank approach to writing, improvising, and recording.

This repetitive chanting entrances the listener, providing a fixed background for abstract flights of instrumental solos. Midway through “After One is in Trouble,” Wood’s invigorating drum solo segues into an organically blossoming improvisation incorporating the full ensemble. “72 Days” drives like a rock ballad. Fleenor’s clarinet and Boshnack’s trumpet transplant sounds from New Orleans roots into fertile Northwest forests, teeming with a balance of complexity and clarity. Boshnack’s music stretches and sings with refreshing strength. 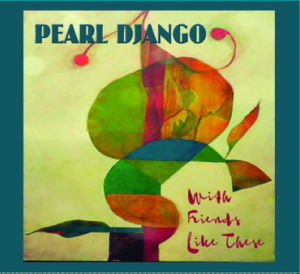 With a fan base stretching to 90 countries and sales of over 120,000 disks and downloads, the “Mighty Engine of Rhythm,” as dubbed by KNKX DJ Dick Stein, chugs along with no audible signs of slowing down. Smooth, swinging arrangements will get toes tapping along with this well-oiled ensemble. Conventional chord progressions are tweaked with sophistication, but there’s no need for seat belts on this Sunday drive through the sylvan countryside. The overall sound is harmonious, relaxing, and fun –perfect accompaniment to an enjoyable hour with a glass or two of your favorite libation. The clean tones of each instrument blend like old friends. In fact, Lerch’s title track is based on the chord progression of the standard “Just Friends.”

Lerch is new to the group, but his contribution is already significant. He penned the opening, closing, and title track. The other guitarist, Andersson, was a founding member. The comfortable mix of old and new underlines the timeless quality of musical gems mined by this outstanding Seattle troupe. 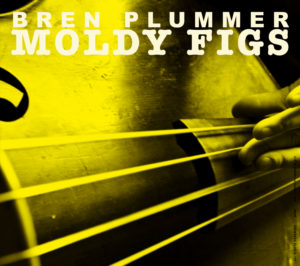 In 2016, bassist Bren Plummer dropped an excellent album, Nocturnal, a deeply assured debut exploring the modern piano trio format through a discerning selection of thoughtfully sourced standards. This year, he returns with a completely different approach: an all-original set of adventurous, deep-swinging post-bop with a touch of Blue Note flavor, brought to life by a nimble, top-shelf sextet.

Despite the emphasis on composition and counterpoint, allowing Plummer to explore beyond the typical 32-bar head-solo-head structure, the excellent tunes aren’t fussy or overdone. The variety of textures and approaches provide fertile and rewarding conditions for solos and dynamic group interplay.

Highlights include “Yellow 5, Yellow 6,” which features a suite-like structure, and shifts melodic shapes through dreamy wandering ballad sections, burning up-tempo swing and half-time shuffle feels. Another standout track is “Cockroach,” where dark, wide intervals, powered by a fat and funky syncopated bass line and driven home by D’Vonne Lewis’ authoritative backbeat, are interspersed with controlled bursts of free improvisation. “Cockroach” hints intriguingly at some more progressive and modern directions Plummer might take his music in the future.

Plummer claims to have conceived and mapped out a four-album arc of varied projects. We’re at the halfway point, and it’s becoming clear that whatever he has planned, paying attention to Plummer’s music will be time well-spent. 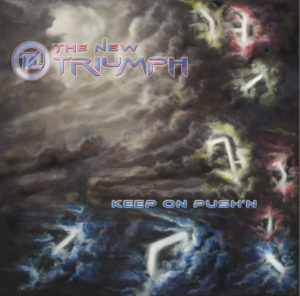 The New Triumph have been a Northwest presence for some time, but it’s been four years since their last proper release, Starship Estrada. The tight and tasty new album Keep on Push’n remedies this situation with a strong statement, moving forward with the band’s confident melding of roots-funk and Afro-Latin flavors. The deep grooves hint at everything from Fela Kuti to the Crusaders, Donald Byrd, and even early Earth, Wind & Fire.

The band’s ringleader and primary composer, Camilo Estrada, anchors the proceedings, laying it down deep in the cut with no-nonsense bass, while the tandem of Adam Kessler’s skin-tight drumming and percussionist Ahkeenu Musa add driving layers of propulsion, accented by percolating contributions from guitarist Arie Pytel and keyboardist Mark Hager. Though there are excellent solo turns by all band members, especially the frontline horns, the focus is on rhythmically tight groove collectivity.

Personally, I’m partial to the album opener “Intro Cut,” the title track, and the closing number “Good Thing You Guys Aren’t Computers,” all of which invoke a warm throwback vibe but with a breakbeat-ready, forward look. The New Triumph can ably represent Seattle in a venerable pantheon of laid-back, eclectic West coast funk.

← In One Ear Chasing Trane: The John Coltrane Documentary →