Keeping Up With Kate Voss 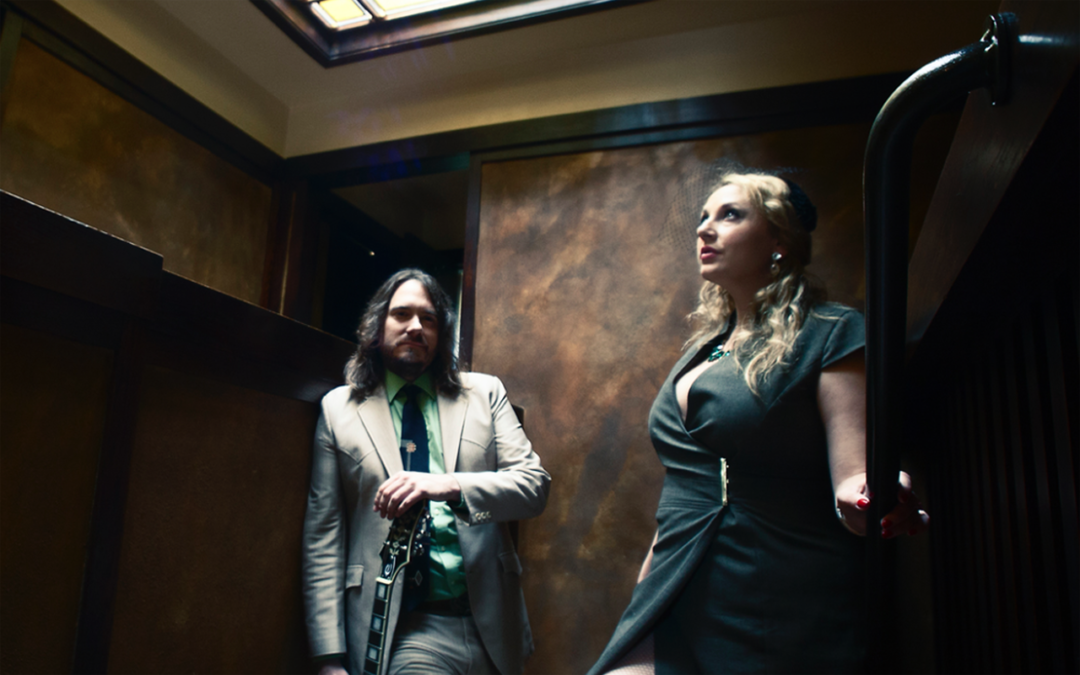 Keeping up with Seattle jazz singer Kate Voss and all the bands she belongs to is like a trip through an old record collection. With band styles ranging from 1930s jazz, swing, big band, Western swing, country, and, in her own words, “weirdo, indie pop,” Voss is just about as versatile as a singer can be. Last year she was the featured vocalist on the 2016 Northwest Recording of the Year, Dream Man by Birch Pereira & the Gin Joints, and she recently earned the 2016 Golden Ear Award for Northwest Vocalist of the Year.

An interview with Voss is a frolic in a sunshine-filled park. Currently on a seven-week tour with her husband, accomplished local guitarist Jason Goessl, with their vintage swing duo, Sundae + Mr. Goessl, Earshot caught up with her twice by phone, first while they were on the start-up leg of their journey into Montana, then two weeks later while she sat outside a cheese factory in Wisconsin.

Like many artists, a typical day for Voss is, well, not typical. Some days she may be sitting in front of a computer designing posters, e-mailing venues, and updating websites. Other days may include practicing, trying new things out, making videos for the “Jam of the Week” Facebook page. But, there are also the days that singers live for, “where you have to bring the whole sound system and pack the car up and get fancy and dressed up, you know, do the performer side of things.”And along with those kinds of days comes the joy of touring with her husband. When asked what it was like to tour together, Voss gushes, “We both just love this type of music….We’re ‘working,’ but we get to experience the US as a couple and a touring musical act. So, it’s fantastic.”

It’s clear that Voss loves to sing: “It is my favorite thing to do and I feel very, very fortunate that I’ve been able to make a career out of it.”

But what makes singing truly special is her connection with the audience. “Having people understand what I’m doing and being able to share in the joint joy,” she says, “is by far the most rewarding part.”

When asked what her favorite tour stop has been, she gives a surprising answer – Fremont, Nebraska. But once a person understands Voss and who she is, it makes perfect sense. Going back to her love of connecting with an audience, Voss explains that they have had a chance to work with music students at Midland University in Fremont and it has “had a lasting effect” on her to connect with college music students “who are looking to do…something at least vaguely similar to what Jason and I do.” That, along with playing to an appreciative crowd at the local opera house, “gets the whole community involved,” she says. “I love that!”

But connections for Voss on this current tour have run even deeper. After a show in Red Lodge, Montana, an older man came up to the stage and recounted to her that his brother used to work with her father. As it turns out, this very brother was the man who saved Voss’ dad the day of a work-related accident 28 years ago – an accident that led to the amputation of his arm, but because of this man’s intervention, not anything more serious. Connections like this keep Voss going and she pronounces that they make “me feel like I’m doing what I’m supposed to be doing.”

Whether she is supposed to be doing it or not, it all seems to be working. Recent completed projects are numerable and include an EP with GB Junior and the Jive Jumpin’ Fleas released in October and Sundae + Mr. Goessl’s holiday record in December, from which a video of her original tune “Dear Santa Won’t You Bring Me A Ring,” aired on local TV program “Band in Seattle.” This summer, she will be releasing a single of “Fantasia,” featuring Goessl on guitar, James Anton on dobro and bass, and Adrian Suarez on drums. In February, she released an EP with her trio Mannequin BBQ – the “weirdo, indie pop” group that writes all original music – titled Thinking With My Heart.

But Mannequin BBQ has even more news. Her voice rises in excitement as she reveals that she will be flying out to L.A. in three days to join the other two members for an airing on the newly revived “Gong Show.” Their quirky, apron-clad trio of bass-, drum-, keyboard-, ukelele-, and melodica-playing women was discovered by a “Gong Show” producer online. So it’s a flight out of the Midwest for Voss, and then back again to rejoin Goessl in Wisconsin for the second half of their tour.

Voss shares her philosophy on making a singing career work: “It’s tough,” she says. “It’s gonna be tough, it’s a job. There’s always gonna be something tricky about it [so you have] to be in love with what you’re doing.”