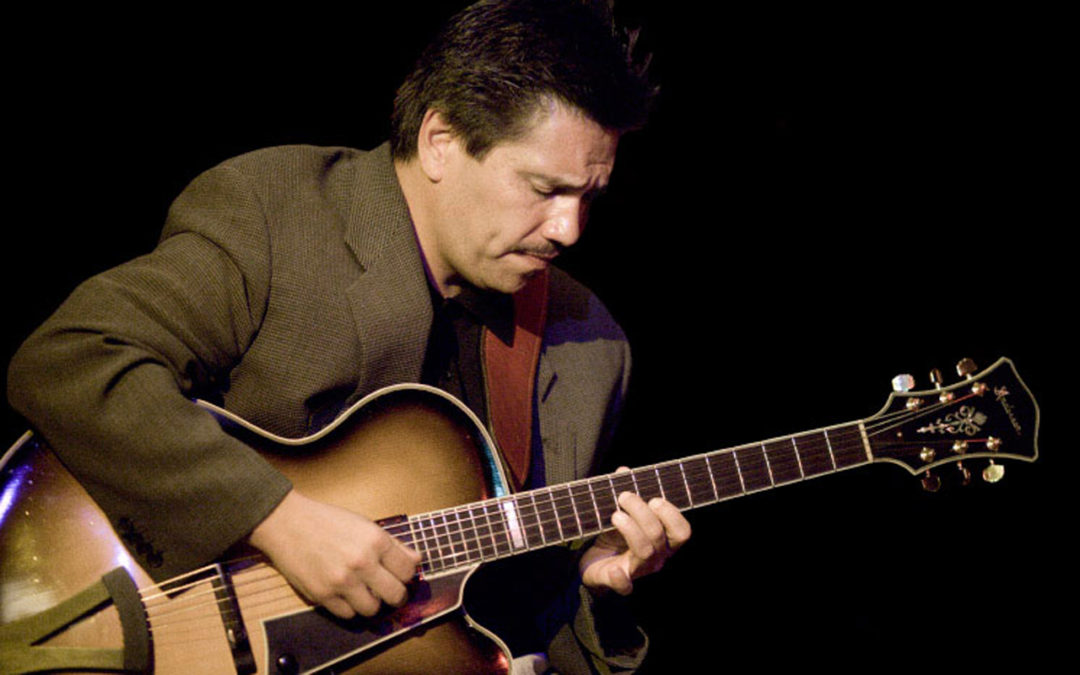 The festival, produced by Lakedale Resort, is open to all ages and will take place on Lakedale’s scenic 82 acres, which feature a variety of accommodations, including the Lodge, log cabins, Canvas Cabins, campsites, and a vintage Airstream trailer. Food will be provided by Seattle’s celebrated Mobile Mavens food trucks.

Jazz guitarist and vocalist Brian Nova—who can also be seen this month leading a Sunday night jazz jam at the Triple Door’s Musicquarium—performs and records as both a solo artist and bandleader. He has released six recordings, and played on Arturo Sandoval’s Grammy Award-winning album Dear Diz.

Beginning his jazz career in Seattle, he served as the Director of Jazz and Guitar Studies at Seattle University from 1990–1996. Nova continues to mentor the next generation of professional musicians through masterclasses and clinics he conducts around the world. He has toured with many jazz elite, including Herb Ellis, Jimmy Smith, Arturo Sandoval, Stanley Turrentine, and Kurt Elling.

Hailing from Savannah, Georgia, guitarist Howard Paul brings his years of expertise to Lakedale. Paul has led his own trio and quartet, worked with legends including Ben Tucker and Bucky Pizzarelli, and is a recurring performer in Savannah’s annual jazz and music festivals. In 2011, he was inducted into the Coastal Jazz Hall of Fame. He is currently President/CEO of Benedetto Guitars,

Drummer Max Holmberg has proven a fresh force on the Seattle jazz scene. A graduate of Roosevelt High School and Berklee College of Music, the young musician actively performs with the 200 Trio, The Arsonists, and The Kareem Kandi Band, and leads a weekly jam session at The Angry Beaver in Greenwood. He is also an educator, and has collaborated with musicians including Joe Lovano, Wynton Marsalis, Gerald Clayton, and others.

Originally from Indianapolis, drummer Brian Kirk studied jazz at Indiana University under the late David Baker. Having lived in San Francisco and New York City, Kirk has played with such artists as Joe Henderson, Gladys Knight, Dizzy Gillespie, and Bobby Hutcherson, as well as the orchestras of Lionel Hampton and Count Basie. He now performs on the Seattle scene with projects including The nu Trio, is the professor of Jazz, Percussion, and Music Theory at Seattle Central Community College, and is an active member of the Washington Music Educators Association.

Bassist Dan O’Brien has been playing professionally all over the world for the better part of five decades. He studied at the New England Conservatory of Music and gigged on the East Coast before moving to Seattle in 1997, where he now teaches bass at Music Works Northwest and actively performs with artists including Nova, Susan Pascal, Jay Thomas, and vocalist Stephanie Porter, also featured this weekend.

Porter is a regular performer on the Seattle jazz scene, has released three well-received albums, and was named Northwest Vocalist of the Year at the 2013 Golden Ear Awards.

Missoni Lanza is an emerging singer/songwriter on the Pacific Northwest scene. With her rich, sultry vocals, she has been compare to Billie Holiday, Norah Jones, and Fiona Apple. She is currently working on her first full-length record.

Advance ticket sales are now available and a limited number of tickets are available on the day of the event at the gate, open at 10am; prices are $25 per person, per day. Festival proceeds will benefit Terry’s Kids and the San Francisco Study Center, which provides free music programming to global schools and care facilities, with a mission of bringing children together through music. The Lakedale Music Festival sponsors are Sagelands Wines, Flagship Event Rentals, and Benedetto Archtop Guitars.

For more information, to purchase tickets, or to make a reservation, call 360-378-2350 or visit lakedale.com.