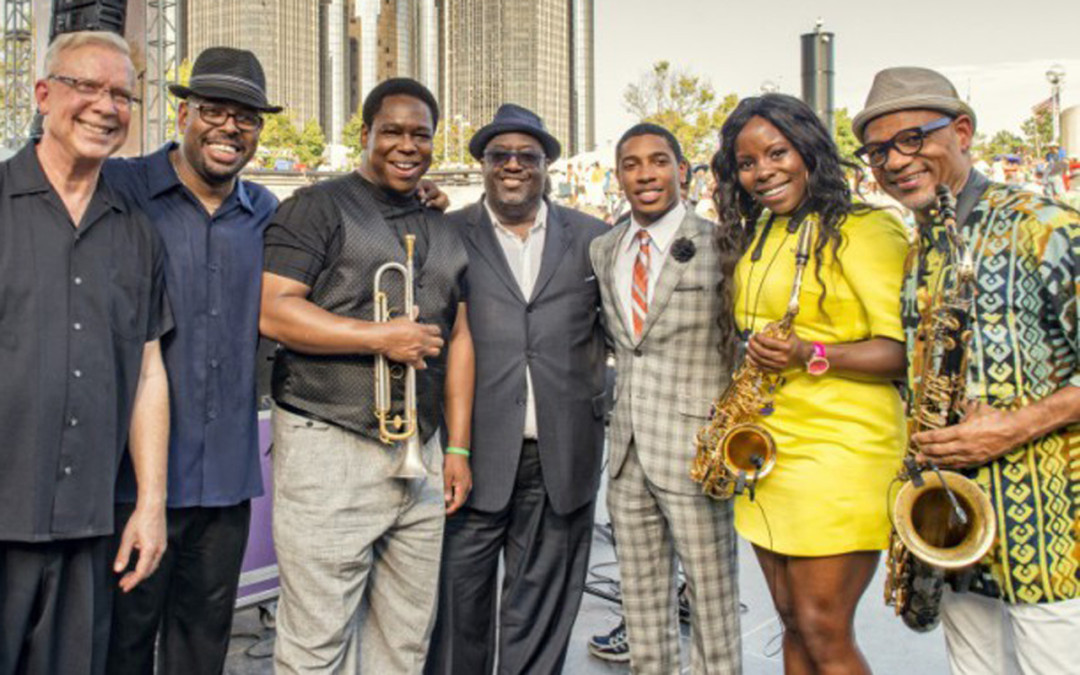 Since its rollicking debut at the 2012 Detroit Jazz Festival, the Mack Avenue SuperBand has become a tradition at the annual event. McBride, in his second year as musical director, leads a knockout conglomeration of Mack Avenue artists on tour this spring for the first time in its history, affording audiences outside of Detroit the opportunity to share the invigorating experience of witnessing the ensemble live.

“I’m looking forward to playing some of the music that we played in Detroit and a lot more and seeing where it goes,” says McBride. “These bands change a little bit every year and we already know that this is not going to be a permanent group, so we just want to have as much fun as we can while we’re together.”

The members of the SuperBand represent a diverse range of generations and styles.

Saxophonist Tia Fuller, is at home at all points of the music spectrum – from her show-stopping solos as a member of superstar Beyoncé’s all-female band, to her scintillatingly swinging jazz dates and recordings. For this season’s SuperBand, Fuller brings her fire and punch, rhythmic freedom and drive, and her youthful twisting of genres she’s gained from a life in both top-of-the-charts pop and jazz.

Grammy-nominated Kirk Whalum is an in-demand session player, and has performed for top artists including Barbara Streisand, Al Jarreau, Quincy Jones, and most notably, Whitney Houston, amongst many others. (It’s his sax heard on the mega-hit “I Will Always Love You.”) He is the recipient of numerous awards and acknowledgements for his musical excellence including three Dove Award nominations and an NAACP Image Award nomination.

Pianist Christian Sands has been performing in McBride’s Trio and Quintet for several years, honing his conception to a fine point of expressive depth and nuance through select performances around the world. “[He] is so well-rounded and willing to go to so many places,” says McBride.

Ulysses Owens Jr. is an artist “who takes a backseat to no one” (The New York Times). Ulysses Owens Jr. is steadily establishing himself as a leader in his generation of jazz artists, admired for his sensitive, fiery, and complex playing, vivid display of textural nuance, and gift for propelling a band with charisma and integrity. Both humble in person and imposing behind a kit, Owens is a two-time Grammy Award winner who has earned his stripes as a member of McBride’s acclaimed trio and the driving force of McBride’s famed big band.