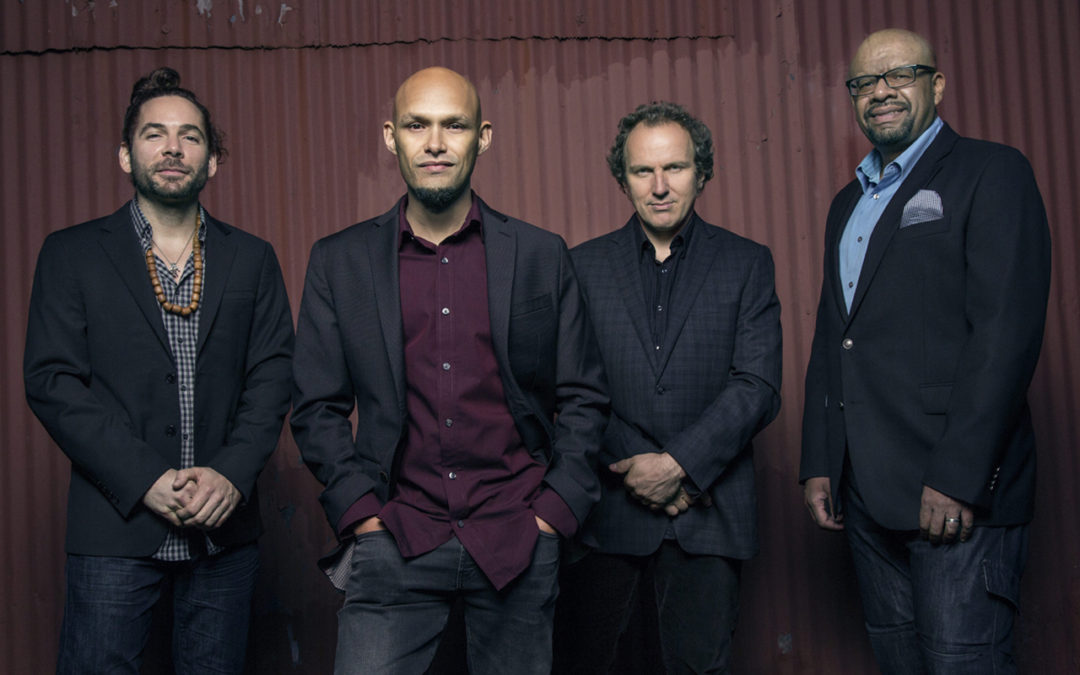 Sound in Motion could also be subtitled “The Rising Tide,” because of the discernible elevation each artist delivers to the progression of the art form. This series is a great opportunity, at a great point in our collective history, to spend some time of an entirely separate quality, in the company of accomplished artists who move this uniquely American art form ever-forward through collective commitments to creative, individual expression. This is a clear-eyed showcase of the energy and expansion, heart and heartache, magic and momentum, truth and beauty of jazz, now.

Join the Miguel Zenón Quartet for a special masterclass at The Royal Room on February 28 at 3:30pm. Open to students / $10 for public

Internationally acclaimed saxophonist/composer Miguel Zenón celebrates the release of his new recording, Típico, his tenth as a leader. Joining Zenón are his long-time bandmates who are also featured on the recording: pianist Luis Perdomo, bassist Hans Glawischnig, and drummer Henry Cole.

A multiple Grammy nominee and Guggenheim and MacArthur Fellow, Zenón is one of a select group of musicians who have masterfully balanced and blended the often-contradictory poles of innovation and tradition. Widely considered one of the most groundbreaking and influential saxophonists of his generation, Zenón has also developed a unique voice as a composer and as a conceptualist, concentrating his efforts on perfecting a fine mix between Latin American folkloric music and jazz. Born and raised in Puerto Rico, Zenón has recorded and toured with a wide variety of musicians including Charlie Haden, Fred Hersch, and Kenny Werner, and is a founding member of the SFJAZZ Collective.

Típico is above all a celebration of Zenón’s longstanding quartet. Its focus stays closer to home, with nods to Zenón’s own personal and professional life as it zeroes in on what makes his band unique.

“I was thinking about what this band and the guys in the band mean to me as I was writing the music,” he explains. “I kept going back to this idea of us developing this common language that identifies us as a band.”

That language has been developing for more than a decade. Perdomo and Glawischnig have been with Zenón since the turn of the millennium; Cole joined the band in 2005. Their language is thoroughly fluent modern jazz, with all the instrumental prowess and rhythmic and harmonic complexity which that implies.

But the dialect they’ve created together through the years is distinctive.

New York-based Ben Allison has gained international renown in a career spanning three decades, and has established himself as a leading voice of his generation. As a bassist and composer, he has developed a distinct style of jazz that incorporates rock, folk, and funk conventions. His own work spans 11 albums, seven of which have reached the top of the CMJ jazz radio charts, and he has collaborated with a diverse range of artists, often from backgrounds outside jazz. Allison is also a notable activist for the cause of musicians as the founder of the musician-run, non-profit organization Jazz Composers Collective and as President of the New York chapter of the Recording Academy.

Allison performs in Seattle with his group Think Free, with guitarist Steve Cardenas, trumpeter Kirk Knuffke, and drummer Allan Mednard. Steve Cardenas has spent over 20 years as a guitarist in New York, demonstrating his skill in his craft through works such as his 2014 album Melody in a Dream. Kirk Knuffke, who recently performed with Michael Bisio at the 2016 Earshot Jazz Festival, has also become a fixture in New York, and has been nominated Trumpeter of the Year by the Jazz Journalist Association. Allan Mednard has played with many jazz greats in his time, including Aaron Parks and Kurt Rosenwinkel. The quartet will be playing new music from its recently recorded album, as well as tunes from previous albums.

PLUS! The 2016 Golden Ear Awards Ceremony

Here is a decidedly original band you will not want to miss. Pacific Northwest native, New York-based trombonist/composer Ryan Keberle leads his bold, piano-less quintet, Catharsis, featuring music from their current, Grammy-nominated record Azul Infinito, which was listed as one of “5 New Jazz Albums You Need to Check Out” by Billboard magazine. Keberle has played alongside masters of a multitude of forms, from jazz greats Maria Schneider and Wynton Marsalis to indie rock groundbreakers Sufjan Stevens and St. Vincent, R&B superstars Beyoncé and Alicia Keys, and classical virtuosos.

His work is rich in captivating grooves, melodic invention, and group interaction, expressing conscious awareness of the universal language of music, and the emotional power that great music holds on its listeners.

Catharsis is comprised of the primarily word-less vocals of Chilean singer Camila Meza, which mesh seamlessly with the tenor sax of Scott Robinson, bass of Peruvian-born Jorge Roeder, and drums of Eric Doob. The band brings an impressive wealth of experience and musicianship, playing an integral role in many of the top jazz and Latin jazz ensembles, including the bands of Charlie Haden, Gary Burton, Julian Lage, Christian Scott, Paquito D’Rivera, and Gonzalo Rubalcaba. As an ensemble, they create a unique continuity resulting from their constant collaboration over the past four years. Described by the Los Angeles Times as “a potent blend of cinematic sweep and lush, ear-grabbing melodies,” the band will impress with their compelling chemistry and singular sound.

Coming up in the Spring…