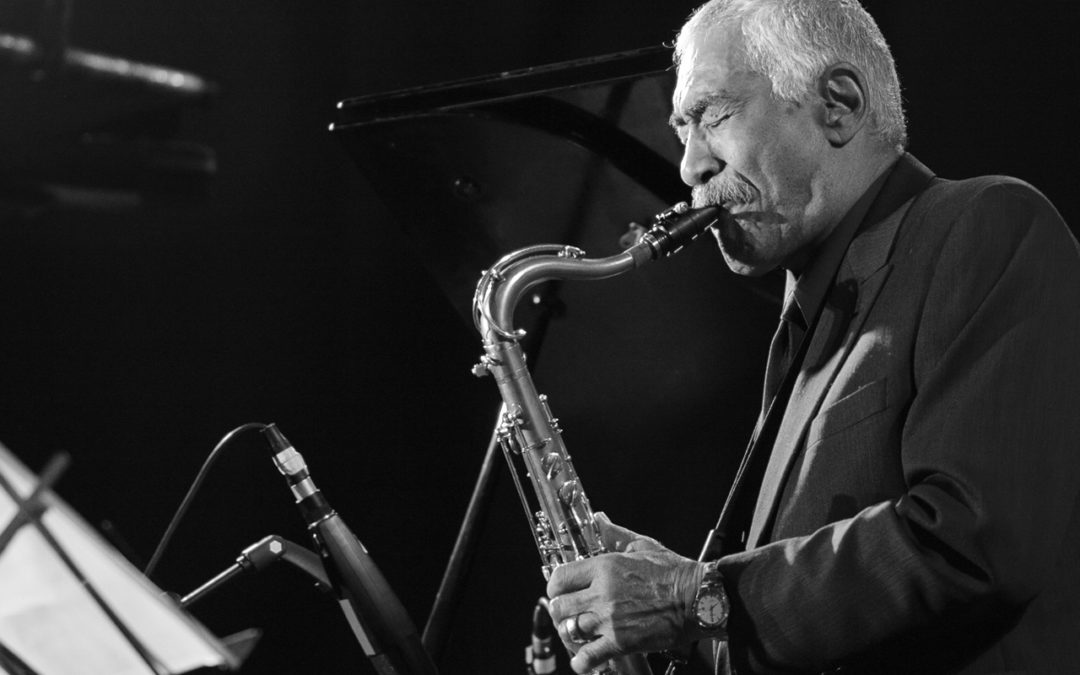 Maxine Gordon debuts her highly praised book on jazz legend Dexter Gordon next month, and in an interview with Ahamefule J. Oluo, shares memories about the late, beloved Seattle saxophonist and educator, Hadley Caliman. Caliman is further remembered in music by friends and collaborators, old and new, in a quintet including trumpeter Nathan Breedlove, saxophonist Gary Hammon, with drummer Jamael Nance and bassist Phil Sparks. Artists influenced by Gordon and Caliman are invited to share the celebration later in the set.

Sophisticated Giant: The Life and Legacy of Dexter Gordon (University of California Press) details the life and musical legacy of Gordon, from the perspective of the late saxophonist’s wife. NPR calls Gordon’s book “illuminating” and JazzTimes applauds it as a “a must-read for jazz fans.” As might be expected from someone so intimate with Dexter Gordon, the book includes not just details on his musical career but a selection of personal letters and anecdotes. Maxine Gordon put in extensive archival and field research to produce the most thorough account of Gordon’s life available. “Gordon’s life has previously been chronicled, but not with so much of his own achingly personal, brutally honest voice,” raves JazzTimes. What emerges from Maxine’s book is a stunning portrait of Dexter Gordon in full.

Born in 1923, Dexter Gordon grew up comfortably in Los Angeles as the son of a doctor and had the fortune to meet two of his father’s patients, Duke Ellington and Lionel Hampton. Gordon learned the clarinet and saxophone in middle school, and by high school, was playing in a band with Chico Hamilton and Buddy Collette. By the 1940’s, still a teenager, he was playing in Hampton’s band. Louis Armstrong hired the then 21-year-old in 1944. With a natural air of intellect and sophistication, Dexter soon became known as “Society Red.”

While in L.A., in and out of trouble with the law, Gordon mentored the young Hadley Caliman, who later became known as “Little Dex.”Caliman was an active force on the Seattle scene throughout the 1990s and 2000s, and served on the music faculty at Cornish College of the Arts for two decades, retiring in 2003.

Maxine Gordon reads from Sophisticated Giant at Elliot Bay Book Company at 3pm on March 10. Later that night, the celebration continues at the Royal Room with an interview between Gordon and Seattle favorite Ahamefule J. Oluo. Following the conversation, two sets of music are presented in honor of Dexter’s protégé, Hadley Caliman, who mentored many great musicians himself. –Editor