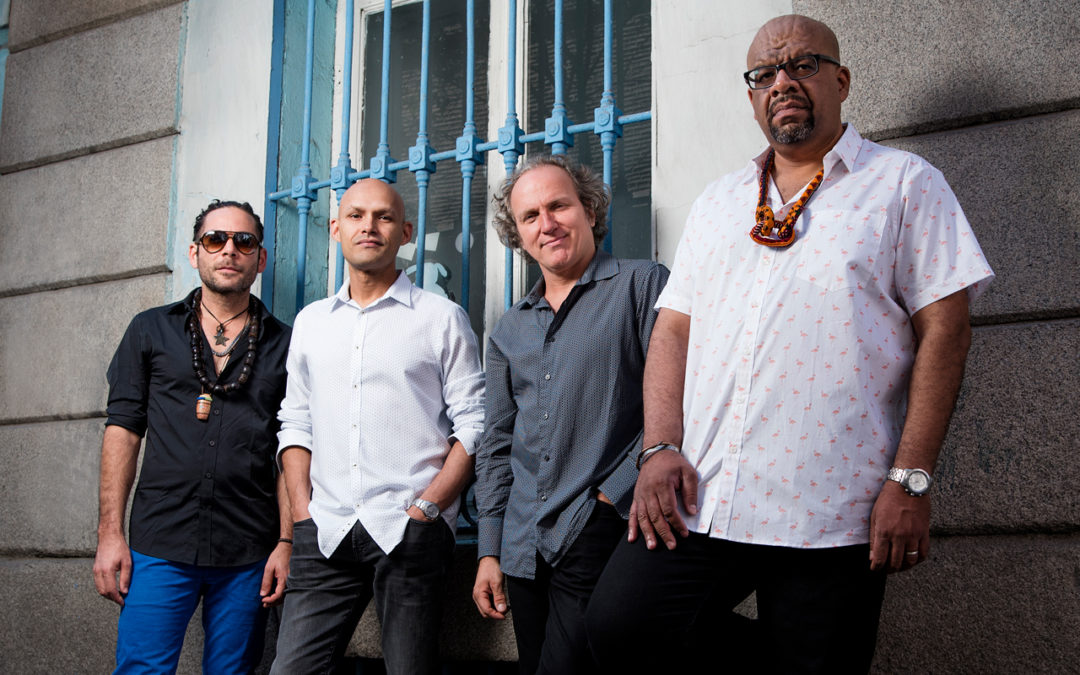 Alto saxophonist Miguel Zenón ar­rives for a February 29th date in Se­attle. Zenón possesses the usual acco­lades associated with someone of his stature in music, including multiple Grammy nominations and recordings both as a leader and sideman. He is held in high regard for his prodigious virtuosity and artistry and is well-known as a founding member of the SFJAZZ Collective, whom he spent 14 years with.

Accolades aside, Zenón’s true legend is the propagation of new ideas in mu­sic, which he does by expressing his Puerto Rican heritage through jazz in such a way that creates new form.

Throughout his illustrious career, the musician/composer has created music that touches the jazz tradition in such a way that is as unique to America’s quintessential art form as the rich cul­ture of Puerto Rico is to American cul­ture at large.

For his date at Town Hall, Zenón celebrates his traditional quartet fea­turing pianist Luis Perdomo, bass­ist Hans Glawischnig and drummer Henry Cole. The quartet has a 15-year history to draw from, most recently stated on their latest album Sonero: The Music of Ismael Rivera, which pays tribute to the legendary Puerto Rican vocalist and interpreter who revolu­tionized Latin-American music in the 50’s, 60’s, and 70’s. Sonero marks Ze­nón’s 11th album as a leader.

The quartet plays jazz on the cut­ting edge of Latin roots and post-bop modernism. Make no mistake—this is not music rising from Afro-Caribbean Latin jazz forms. Zenón’s composi­tions for this eclectic ensemble venture into a very modern aesthetic of jazz.

Zenón’s alto style is punctuated by his bright, ornate tone ignited by a true sense of intellectual curiosity. His solos can begin in a very ordinary sense and slowly build into something extraordi­nary. By rite of his own compositional attributes and stylistic innovation, he continually challenges his intrinsic sensibilities as a player.

Drummer Henry Cole is the under­lying driving force behind this eclec­tic foursome. Cole is at the forefront of percussive innovation, embracing cross-cultural 21st century rhythms. His pioneering style is enhanced by his history with Chano Domínguez, Gary Burton, Quincy Jones, and Fabi­an Almazan. Cole’s sees music as “one world,” reaching beyond styles with a message of determination and unity.

Caracas-born pianist Luis Perdomo draws parallels to his bandmates with his vision that traverses world cul­ture. Perdomo’s current residency in the quartets of Zenón and Ravi Col­trane illuminates perfectly his stylis­tic tendencies. Perdomo’s intelligent, empathic playing is truly the tie that binds this quartet as one.

Austrian-born bassist Hans Glawis­chnig has pushed the envelope of Latin Jazz to its extreme limits in ensembles led by David Sánchez and, most nota­bly, the great Ray Barretto. His expe­rience in the center of this Latin ex­plosion of creativity and deep roots in Euro-Post Bop eclecticism make him a dynamically perfect foil for Cole. The result is a supporting and balanced rhythm section for Zenón to freely take flight. –Paul Rauch