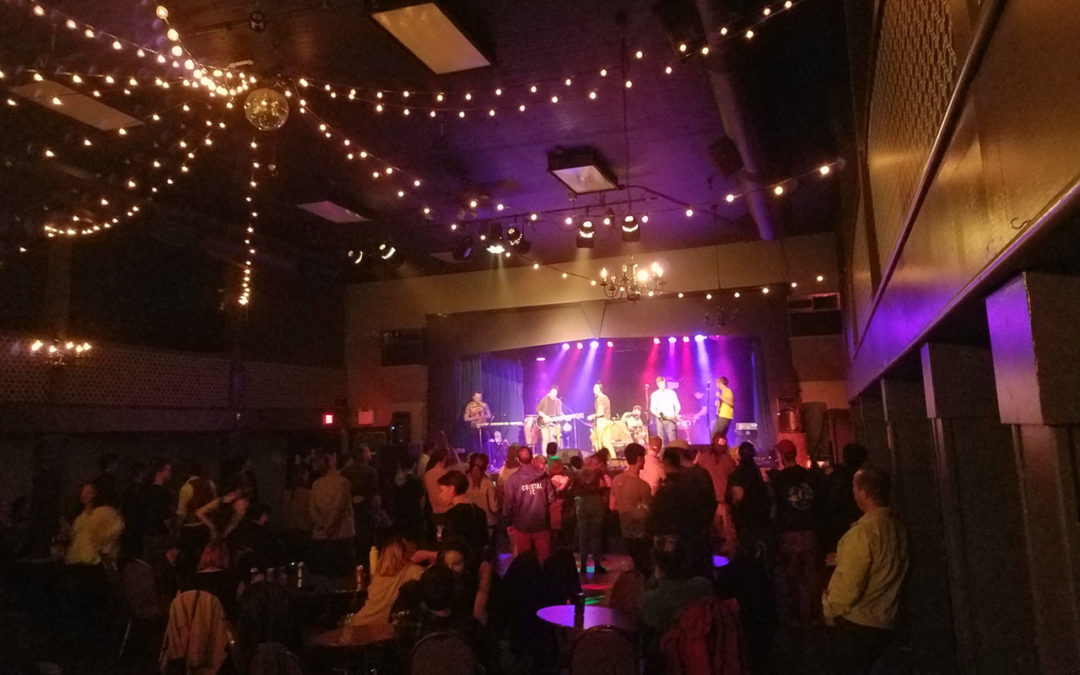 Over the span of summer, I witnessed a sweep of international musicians performing in gorgeous art halls, hole-in-the-wall production spaces, a historic nonprofit venue, and public park concerts just north of the border.

I drove to British Columbia the weekend leading up to the Fourth of July, catching the last wave of the TD Vancouver International Jazz Festival on its way out after a packed 10-day stretch. I parked near David Lam Park where I snagged a food truck crepe and weaved through families and summery couples lounging and swaying to one of the festival’s nearly 150 public concerts.

Tailing this matinee concert were three young musicians who call themselves Mammal Hands. The bass-less trio – Nick Smart on piano, Jordan Smart on saxophones, and Jesse Barrett on drums and table – play unexpectedly rhythmic and dynamic compositions influenced by their interests in contemporary classical, electronic and world music. The group’s precise performance was a soulful replica of the sonic pool of sequences from their latest recorded album Floa.

Attendee after attendee trickled in with their pamphlets and positive energy. Admittedly, the new U.K. group had been on my radar, and the turnout suggested I wasn’t the only one. Between songs, Barrett joked of not planning accordingly for the enthusiasm.

“We have two CDs left from our tour,” he said, quickly dwindling the last of the band’s merchandise.

A 10-minute drive lands you at multi-arts venue The Ironworks, located between Eastside Vancouver and the city’s oldest neighborhood and epicenter of urban revolution, Gastown. This dramatic and cozy space hosted cellist/educator Tomeka Reid with an impressive quartet that included New York guitar titan Mary Halvorson. Halvorson returned to the stage that night in a notable avant-garde nightcap show with some of Vancouver’s most versatile talents: JP Carter, Tommy Babin, and Skye Brooks.

The room brimmed with creativity, with well-dressed Vancouverites and silhouettes of beer bottles and budding music professionals all present at this midnight performance. Without nearly a pause in the two-hour performance, the quietly forceful Halvorson inserted innumerable original phrases against the emotional rhythms of Brooks, and electronic methods used by Carter on trumpet. Bassist Babin explored semitones and bowing idiosyncrasies, tying together this festival farewell explosion.

It wouldn’t be long before I went back to Vancouver to check out a landmark social club and performance venue that I’d heard about called The Wise Hall. The place was opened in the late twenties and operated as a nonprofit arts club since 1958, primarily on annual memberships, I was told by the hospitable house manager Jasmine Liddell.

The building is comparable to Ballard’s Leif Erikson Hall, only with a more worn aesthetic that pairs with the tactful disco ball overhead on higher ceilings. Full of both character and characters, the downstairs lounge houses an ATM, less than a handful of taps, and a pool table. Concrete steps lead left to a corridor and from there, the hall room.

The Friday night I made it into The Wise, the lineup featured rhythmic-driven Latin music with Eastern European influence. The artsy crowd ranged in both age and energy levels; a ring of outlying tables allowed for sitting listeners to enjoy their whiskey or water, while participating dancers sported vests and brewery tee shirts and everything in between.

Following a talented DJ spinning hip hop records and sampling Latin familiars was world-beat band Compassion Gorilla. The ska- and funk-influenced group arrived after a performance at Victoria International JazzFest. They impressed with their eclectic instrumentals and mallet percussion. At one point, the group’s trumpeter and trombonist bordered the dancing audience, evoking the feel of a Balkan street serenade.

Regularly hosting weekend night fusion music concerts and blues piano Mondays, this quaint nonprofit hall and lounge is known as East Vancouver’s favorite local spot. In a city consistently ranked among the top worldwide for livability, this gem is likely one of many to tide us over until the return of the TD Vancouver International Jazz Festival.