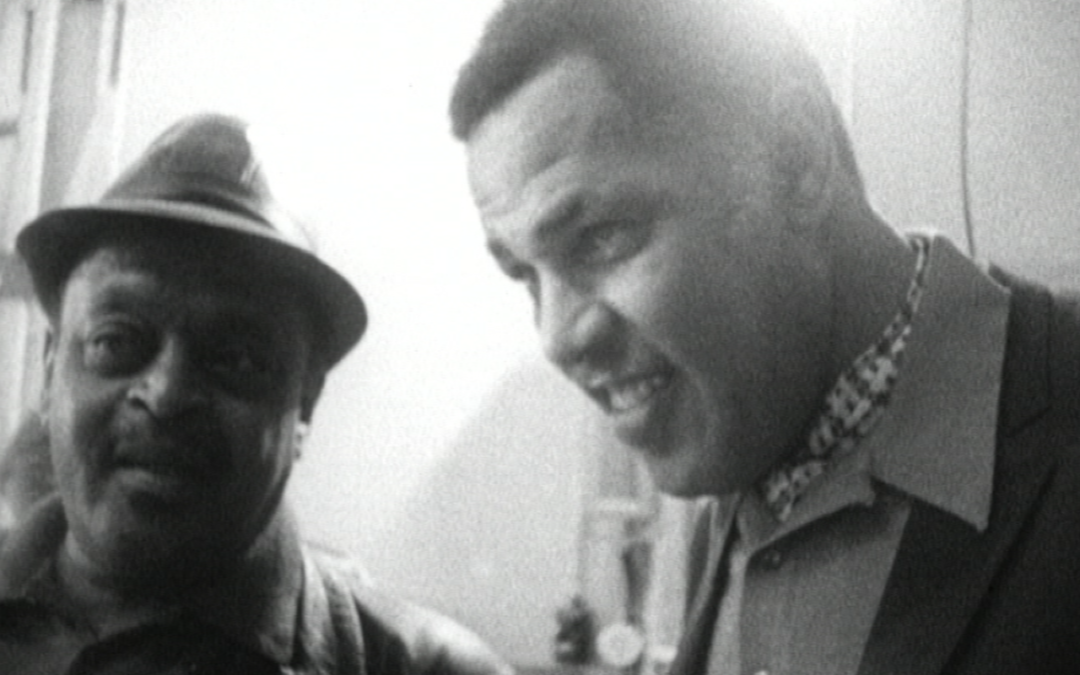 Northwest Film Forum & Earshot Jazz team up to present this annual film program that shed light on the vibrant history of this great American art form, and the lives of some of its greatest composers and performers.
More info at nwfilmforum.org.

Seattle Premiere!
The Jazz Loft According to W. Eugene Smith

Between 1957 and 1965 in New York, dozens of jazz musicians jam night after night in a dilapidated Sixth Avenue loft, not realizing that much of what they play and say to each other is being captured on audio tape and in still pictures by the gentle and unstable genius, former LIFE Magazine photographer W. Eugene Smith, who lives in the loft space next door.

Meanwhile, Thelonious Monk stops by for three weeks of rehearsals; drummer Ronnie Free gets hooked on hard drugs, having been turned on by a drummer who was his boyhood idol years before; loft-resident Hall Overton, Juilliard instructor and classical composer, becomes a jazz guru; the 50s give way to the 60s; Smith begins to record his own phone calls and visits from the local police; the world changes – and Smith gets evicted.

Cool Cats tells the story two jazz giants who are forced to relocate to a musical smalltown.

In the mid-1960s, tenor saxophone stars Ben Webster and Dexter Gordon leave behind America and its fierce political climate – as well as a long trail of heavy alcohol and heroin abuse.

They are in desperate need of help as they travel to Europe. When they reach Copenhagen, they find what they need: A caring welfare system and an even more caring, jazz-loving population who greets the two tenor sax players as musical saviors. They are getting paid after jobs, they are treated with respect, and the Danish women are more than happy to make the musicians feel at home. They are even given free rehab sessions, sometimes lasting several months.

In turn, Webster and Gordon help Copenhagen transform into one of the most attractive and busy jazz cities in Europe by their presence alone. But it soon turns out that all the attractions of the small, fairy tale-like Scandinavian capital pose a threat to their music – and their lives. They each have to decide how to survive.