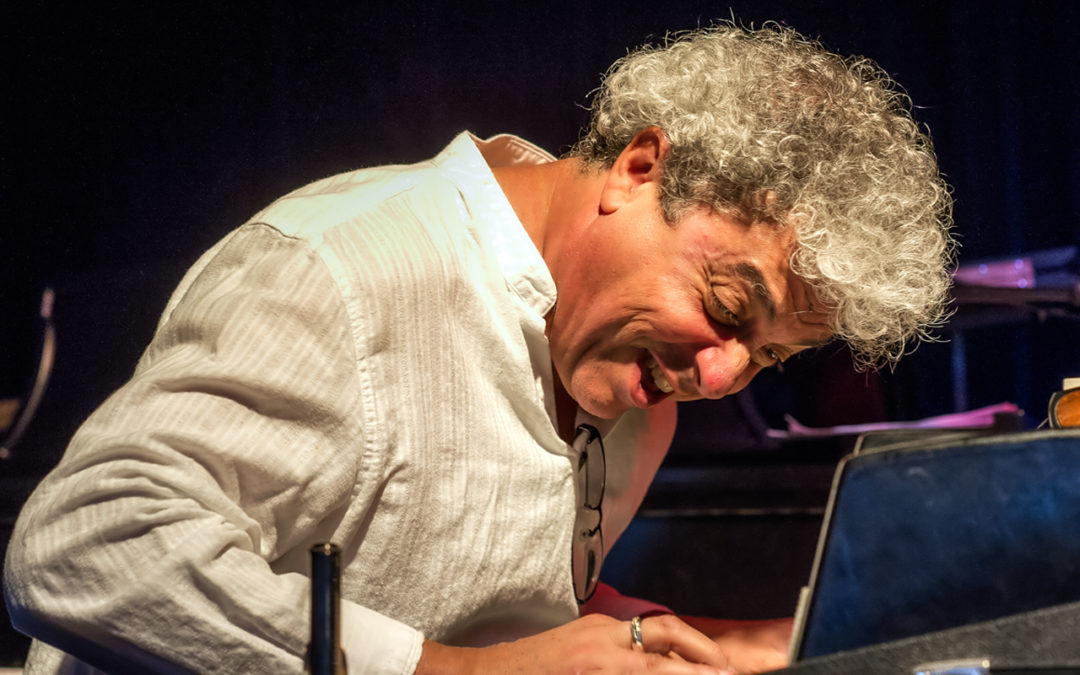 The 2016 Earshot Jazz Festival kicks off in high-voltage, with a bacchanal celebration at the historic Columbia City Theater.

Don’t miss the extraordinary pianist Jovino Santos Neto, Brazilian native and local jazz treasure, who continues to delight audiences across the globe with impassioned performances, amazing virtuosity and irrepressible genius, always inspired and colored by the richness of Brazilian music.

Born in Rio de Janeiro, Neto moved to Seattle. Having been charmed by the city when he performed at an Earshot concert with Hermeto Pascoal, he became an indispensable part of Cornish College of the Arts, where he currently teaches piano and composition. He performs with his seasoned, award-winning Quinteto, with the indelible Chuck Deardorf on bass, Mark Ivester on drums, Jeff Busch on percussion, and the highly spirited Ben Thomas on vibraphone.

The Frank Kohl Steve Luceno Duo opens the evening to celebrate the festival’s launch. Accomplished guitarist Frank Kohl, who has earned praise for his supple tone and fluid technique, grew up in New York State, graduated from the Berklee School of Music, and returned to New York City, where he performed professionally and recorded his first of three CDs, Reform, with bassist Michael Moore in 1981. A Seattle resident since 1990, Kohl, a 2015 Jazz: The Second Century performer, is a busy artist who can be heard in venues throughout the region. Tonight he is joined by South Sound stalwart Steve Luceno on bass.

Hailed by the New York Times as “a state-of-the-art musical thinker with a reputation for sure-footed futurism,” Steve Lehman has built a career creating innovative new music that packs a visceral wallop. His recent octet release, Mise en Abîme (Pi 2014), was the #1 Jazz Album of the Year in the NPR Jazz Critics Poll and in the Los Angeles Times, and his previous octet recording, Travail, Transformation and Flow (Pi 2009), was the #1 Jazz Album of the Year in the New York Times. In 2015, DownBeat magazine ranked him as the #1 Rising Star Jazz Musician of the Year, and he was awarded a Guggenheim Fellowship. Lehman received his doctorate in Music Composition from Columbia University in 2012. His chamber music is regularly performed by the premiere contemporary classical music ensembles around the world. His exciting new release, Sélébéyone (Pi 2016), draws from modern jazz, Senegalese rap, live electronics, and underground hip-hop to create a unique form of urban experimentalism. Lehman joins the CalArts music department faculty in 2016.

The trio is co-led by drummer Allison Miller, bassist Rene Hart, and saxophonist Jeff Lederer, who replaced Erik Lawrence, the reedist on the trio’s 2011 debut Steampunk Serenade. The versatile, much-traveled Miller – known for her work with organ master Dr. Lonnie Smith and collaborations with popular vocalists Brandi Carlile and Ani DiFranco – has been fiercely active as an international jazz representative and bandleader for the past decade. She has five studio albums to her name with her prolific and unusual sextet Boom Tic Boom.

Together, these passionate players are approaching their new music with a sense of playfulness and elasticity, a catalog praised as “eclectic yet cohesive” (TimeOut). Staking their claim as one of the boldest sax trios around, Honey Ear Trio covers the board with wistful to grooving to hard-swinging compositions. Stay tuned for the group’s coming release of their second CD Swivel this September.