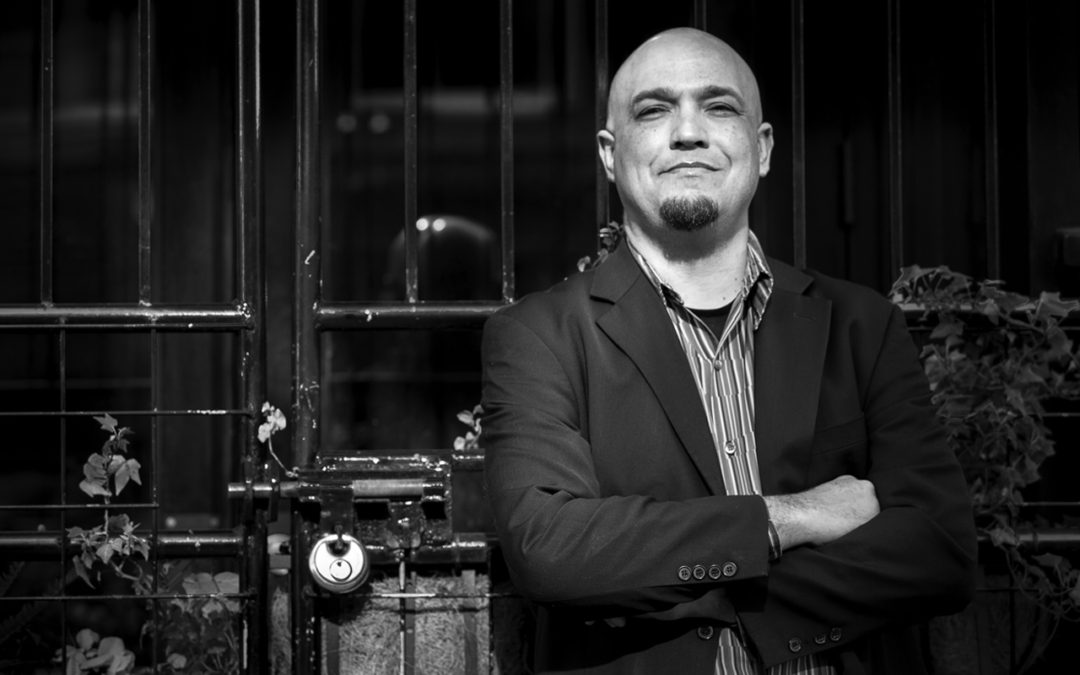 There is a realm of musicians, almost akin to a secret society, who fly under the radar of the public awareness but nevertheless reach the ears and spirits of huge numbers of music lovers. Evincing an old-school craftsman-like approach, these skilled practitioners showcase versatility, taste, and utter command of their instrument, all while making it look effortless. Emanating great vibes and devoid of antics, ego, or drama, they make the band sound good, and that makes the audience feel good.

Bassists, in particular, are often unsung heroes and form a large proportion of this cohort, and Osama Afifi is an archetypal member of this tribe. Born in Oakland, raised in Los Angeles, and based in Tacoma for over a decade, Afifi is a master of both upright and electric bass. With a ready laugh and bubbling enthusiasm, he can swing with abandon, slap and groove old school soul, provide beautifully supportive backup for singers, and tear the roof off when called upon to solo. Afifi holds down regular gigs with at least a dozen bands, covering all flavors of jazz, Latin, R&B, funk, rock, pop, singer-songwriter…there’s really nothing he can’t play.

Afifi averages at least six gigs a week, and when I spoke with him, he had just finished a stretch of 13 straight dates. Anybody who works that much clearly has broad skills.

“I get called a lot and sub for lots of people, because I’m pretty versatile….From the get-go, I always wanted to be a studio player in the footsteps of people like Nathan East, Leland Sklar, guys like that. As a young player, I always studied quite a few different styles.”

Now settled in with his family, he tours less, but has no problem staying busy with a huge array of local talent in many genres, including many artists residing in the Tacoma area.

In quintessential sideman fashion, Afifi is clearly inspired by the fellow musicians with whom he shares the bandstand, and is always full of compliments for his compatriots. It’s almost easier to get him to talk about his fellow players than about his own accomplishments. He has high praise for fellow Tacoma residents and frequent collaborators Kareem Kandi (with whom Afifi has played for over 10 years) and vocalist LaVon Hardison. Afifi appeared on Hardison’s superb recent album Come Together, and raves about her talent. He plays in her regular band along with pianist David Joyner and the ever-present wizard of percussion, Jeff Busch.

“LaVon is really cool … she’s really a musician who sings.” Though Afifi is proud of the album, he is especially pumped by the band’s live performances. “She takes it to a whole other place live. Oh, she gets into it! I can’t even explain it!” he says, laughing.

Afifi also gets a lot of stage time at Renton’s Shuga Jazz Bistro, one of ubiquitous pianist Eric Verlinde’s favorite haunts, and the two play together frequently. They have regular shows at Shuga with Portland’s soul and funk legend Andy Stokes, an absolute must-see. Afifi also performs frequently with Verlinde and Busch in the EntreMundos Quarteto, playing classic Brazilian grooves along with vocalist Adriana Giordano. In every one of these settings, Afifi is locked in and supportive, providing a burst of energy and groove that is infectious.

Afifi’s broad contributions to the local scene extend beyond the bandstand: he’s also a busy teacher, with a stable of about 15 students. He is revered as a mentor and guide, as well as a player.

Afifi credits early music education as a key element in establishing the good habits and solid musical skills that led to his success as a musician. He sees a lot of the same forces present in the Seattle/Tacoma area, and pushes his students to really learn to read, and put in the time it takes to get good – not just copy licks from YouTube.

“I really realize how much playing in orchestra and jazz band as a kid helped out. Kids can just learn on their own and they know how to jam, or they have a good ear, but when it comes to really playing in an ensemble they’re playing catch-up.”

“I’ve seen him in jam sessions working with beginning players, encouraging them and helping them to feel at ease and play their best. That’s what it’s all about. He’s one of the most versatile and positive players on the scene, and that’s why people love him. He brings out the best in his band mates and he’s humble too.”

Afifi has some ideas percolating for some of his own projects, but the sideman role is not one that he merely settles for but actively thrives within. He gets to play great music with superb players, in a wide spectrum of styles.

So if you’re in the audience at any venue in the Pacific Northwest, and you find yourself just feeling good for some indiscernible reason, check out the bassist. You may well find you are under the spell of Afifi.