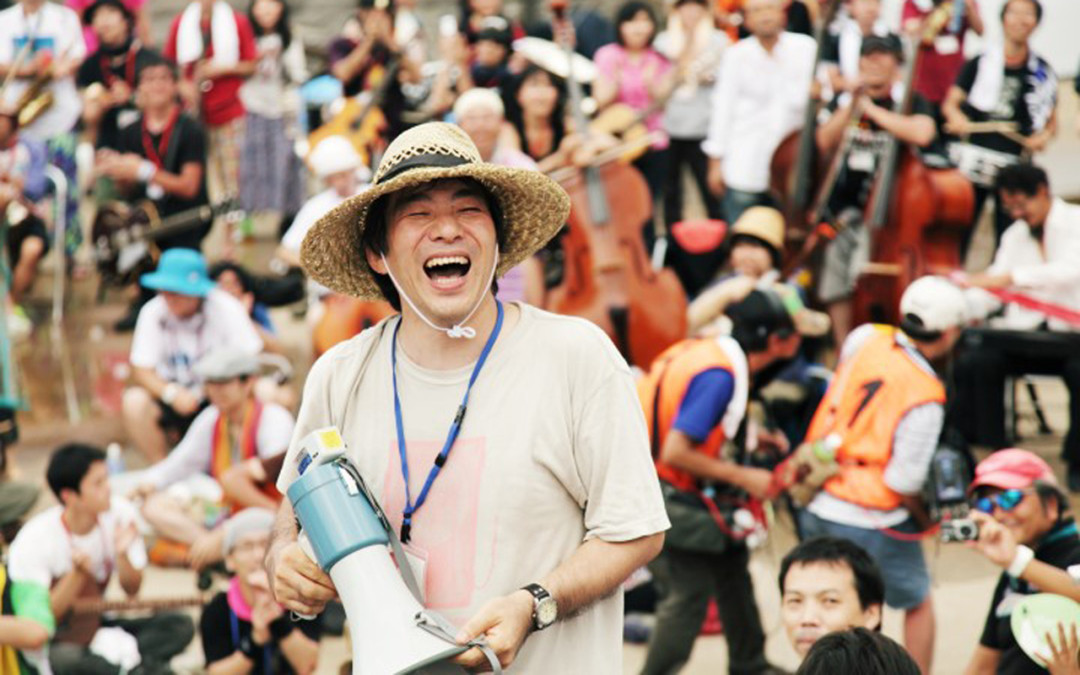 Commemorating the 5th Anniversary of the 2011 Tohoku Earthquake

Marking the five-year anniversary of the earthquake and tsunami that hit eastern Japan, Earshot Jazz, Nonsequitur, and Volunteers for Project Fukushima! In North America are proud to announce a pair of events featuring Tokyo musician Otomo Yoshihide. In addition to a solo performance – his first in Seattle in over 10 years – he will be in attendance for a screening and discussion of the film Project Fukushima!, chronicling the festival he co-founded in 2011.

Otomo has made a name as a cutting-edge artist since the late 1980s playing music ranging from jazz and film scores to noise and free improvisation. Primarily a guitarist and experimental turntablist, he has maintained a worldwide following on the avant-garde scene, while also finding mainstream recognition in Japan more recently for theme music he co-penned with Sachiko M for the 2013 television drama Amachan. The scope of his activities has also extended to a special focus on work with handicapped children, as he continues to perform around the world, both solo and in a range of ensembles.

The documentary follows the development of the festival Otomo and other Japanese artists and musicians organized in Fukushima just five months after the earthquake and tsunami that hit Japan’s Tohoku region in 2011. In putting together an outdoor festival so shortly after the earthquake and in such close proximity to the site of the subsequent nuclear disaster, they faced tough questions concerning the safety and ethics of inviting the public to attend.

As the film depicts their preparations in the lead-up to the festival with an artful simplicity, it begins to reveal the new realities of day-to-day life facing those who continue to live in the afflicted region. Aiming foremost to counter negative associations the name Fukushima had taken on in the wake of the disaster, the festival organizers eschew overt political stances. In doing so, they raise more universal issues for us to ponder, and the arrestingly minimal atonal score of Otomo’s that punctuates the film’s scenes effectively bypasses both verbal interpretation and sentimental response to let the viewer directly feel something of this.

While serving as a poignant reminder of the shock of recent tragedy, the implicit messages of the film, conveyed largely wordlessly, direct the viewer’s gaze as much to the present moment and into the future. Five years on, with nuclear plants being restarted across Japan even as radiation continues to spread from the reactors in Fukushima, questions concerning the safety of nuclear energy and the broader ecological legacy we leave for future generations may be more pressing now than ever.

Otomo, who served as music director for the film as well as the festival’s artistic director, will be in attendance for this special screening. He plans to lead a discussion of the film afterwards, touching on the current state of life in Fukushima, the future of the festival, and other relevant topics.