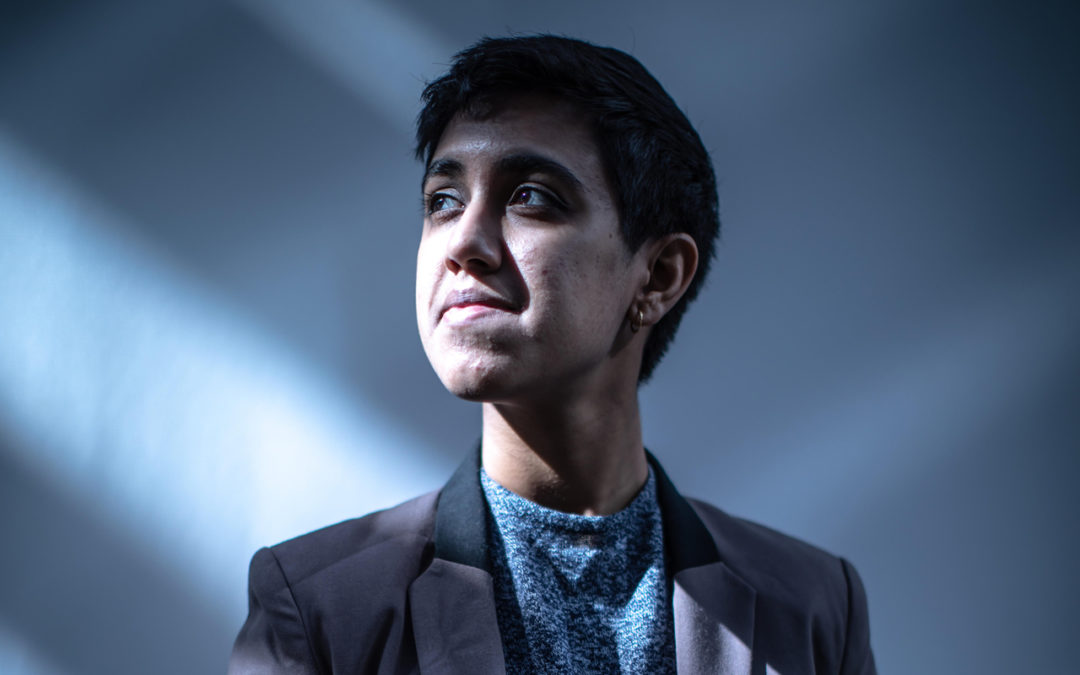 Rajna Swaminathan plays and composes for mrudangam, the two-headed, tuned hand drum essential to Carnatic music. One of the only women to do so professionally, Swaminathan is emerging as a salient musical voice for her instrument and wide-ranging communities, which include creative ensembles that interlock the traditions of South Indian classical music and jazz.

A protégé of mrudangam maestro Umayalpuram K. Sivaraman, Swaminathan is currently pursuing a PhD in cross-disciplinary music studies at Harvard University under the direction of Vijay Iyer. Like Iyer, Swaminathan is part of a burgeoning movement of musicians drawing from a diverse range of improvisatory musical perspectives within Carnatic music and jazz.

Not slowing after her album release, Rajna tours with her new explorative project MANGAL, which emerges from her dissertation research, and is a foray into creating a notational discourse that attends to diverse aesthetic and ethical priorities in improvised music.

According to Swaminathan, “‘Mangal’ is a homonym with unique meanings in English and Sanskrit: the English ‘mangal’ refers to an assemblage of mangrove trees, whose roots are entangled in a chaotic web, making it difficult to individuate one tree from the interconnected collective; the Sanskrit ‘mangal’ is an epithet for that which is harmonious or auspiciously timed. The hybrid imagery of chaotic but serendipitous multiplicity in ‘mangal’ serves as a poetic impetus for improvisational flights and experimental textures.”

Seattle-based guitarist/composer/writer Carlos Snaider co-founded a quartet with Swaminathan while both attended Harvard University. The two have remained close creative collaborators. Snaider improvises with local musicians and stays connected to New York players, including María Grand, whom he accompanied on her Earshot Jazz solo concert in April. Snaider is interested in creating musical platforms for individual and collective expression from a space of joy and alertness.

Bassist Kelsey Mines performs and collaborates throughout the Greater Seattle area, including her own band leading efforts with improvisation-based ensembles February and EarthtoneSkyTone, which she co-leads with Snaider. She can be found teaching at Seattle JazzED, Creative Music Adventures, Ballard High School, and Bellevue College.

During the event, local visual artist Zahyr Lauren will undertake a live original painting. Lauren’s intricate geometric artwork is on display as the album art for Swaminathan’s Of Agency and Abstraction, and mirrors some of the expansive worlds created in Swaminathan’s music. Art will be available for purchase at the show.

The collective will tour to Portland following their Seattle exhibit. Catch them again Sunday, August 18th for an intimate show from 3–5 pm at Strum (1415 SE Stark St #C, Portland, OR).